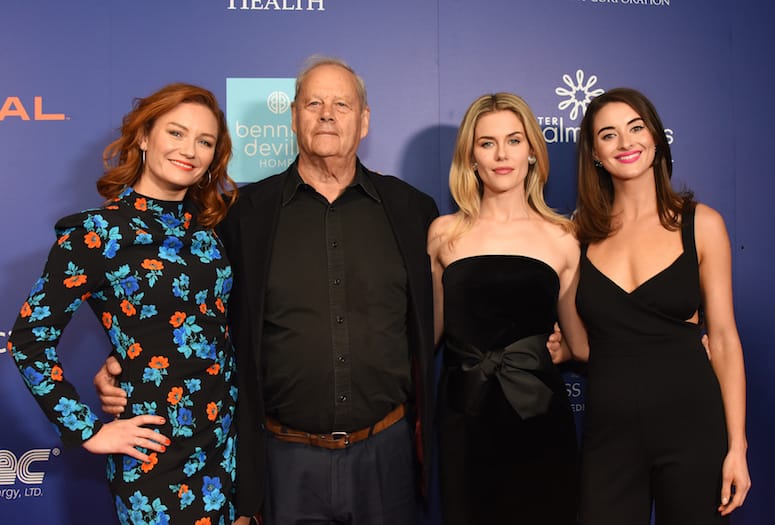 After 12 days of presenting more than 520 screenings of more than 200 films from 70 countries, the 30th Annual Palm Springs International Film Festival closed with its final film at The Richards Center for the Arts at Palm Springs High School.

This closing event was almost a polar opposite of the Festival’s opening night gala, which hosted more than 2,500 guests walking an impressive red carpet along with celebrities that included major Golden Globe and Oscar contenders as well as much glitz and glamour.

Oscar nominated writer/director Bruce Beresford presented the international premier of  Ladies in Black, which took viewers back to the halcyon days of 1959 in Australia. The film concentrated on the lives of the women working in a glamorous upscale department store in Sydney.

This movie was a fashion lover’s delight; the characters and the department store served as the perfect runway for the elegant styles of an era when women wore gloves, were well coiffed, treated each other with admiration and respect, and showed an abundant amount of dignity as well as occasional cheekiness. As the film progressed, it was apparent that there was also an underlying thread of issues relating to respect for immigrants and women’s changing roles in society.

True to Film Fest tradition, Beresford and members of his cast appeared on stage for Q&A at the end of the screening.

The celebration continued with a very lively after-party at the Palm Springs Hilton.