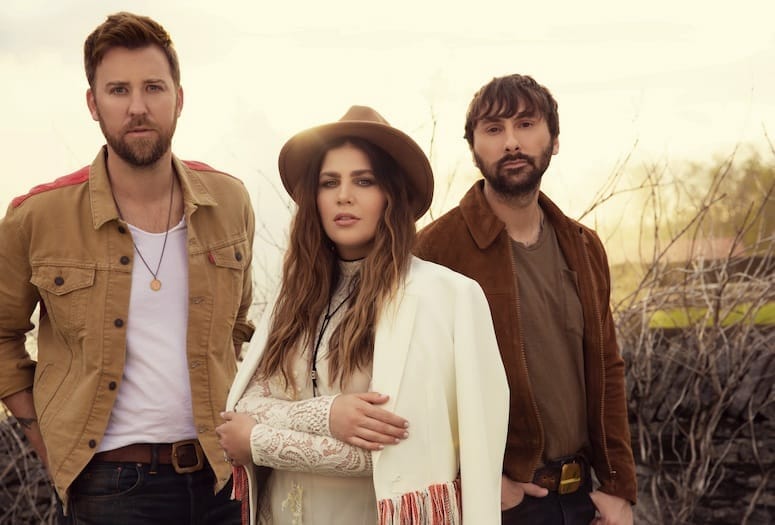 The pandemic taught Lady A singer Charles Kelley that ultimately the only thing you can control is the direction your life takes. The rest?

Over the last two years, Lady Antebellum became Lady A in response to the “Black Lives Matter” movement and that the band’s name harkened back to a time when blacks were enslaved in the South. Two months ago, a Nashville federal judge sealed dueling lawsuits between Lady A and a black Seattle blues singer, who claimed to have used the Lady A moniker sine the 1980s. Terms of the lawsuit were not disclosed.

The whole process left Kelley wondering what place good intentions have. “I think with anything this day in age, you're going to have people misinterpret your intentions,” Kelley says. “And all I can say is, what we said from the very beginning was our intentions are pure in this. I think people like to read between the lines, maybe what our goal was out of this or whatever.”

“For us, I think it was just once we knew that the name carried some offensive connotations with people, we were like, ‘Listen, man, this is something we can do’. And hopefully people will understand that we were doing it, it's coming from the heart, and that's really what it was all about. I think a lot of people weren't happy with it, but it's hard to just describe because for us, it caught us off guard. The reaction to it, you had a lot of people thinking we were trying to make some political statement and it wasn't. It was just the statement of love. And we want people to come to the show and feel like our music is for everybody.”

Lady A makes a tour stop May 20 at Fantasy Springs Resort Casino in Indio. Kelley chats more with Palm Springs Life about the pandemic’s impact on his personal life, what success means to the group after 15 years, and how he was able to combine hhis two loves — golf and music — at the recent Master’s golf tournament in his native Georgia. 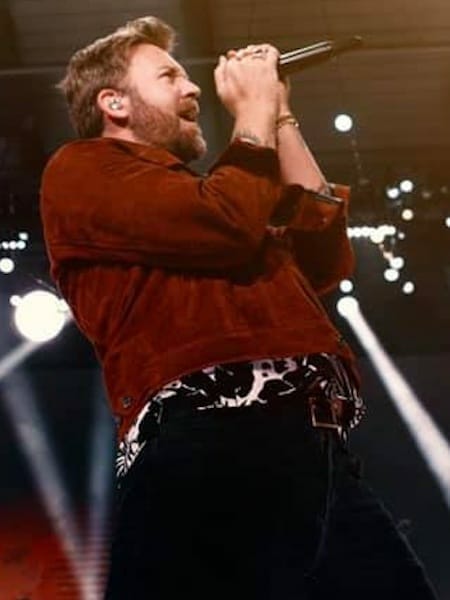 PHOTOGRAPH COURTESY LADY A ON FACEBOOK
Charles Kelley said the pandemic allowed him to "write a ton of songs."

How has the group handled the pandemic?

We were lucky enough to actually get out there on the road this last summer. I think we did a strip down, shortened down tour just because of all the restrictions. But we did, I think 36 shows. We were lucky enough that none of us got Covid during the tour. It feels like things are coming back.

What impact did the pandemic have on you personally?

The name change, the going through COVID, all this stuff was such, for me as a human being, a very huge turning point and learning experience for me. I think it put it into perspective, so many things about my life that I want. And I think I've always focused so much on the success and the failures of the band that it made be step back and go, ‘You're not in control of anything in this world’.

And so it really brought me a lot closer to my faith, I think. It made me slow down my drinking a lot, made me take a little bit more time and stock with my family. It was an interesting thing because I was off the road for two years. And that was the first time I think I'd sat still in the past 20 years. So it was a very interesting, but positive life change for me over the past two years.

What can you control?

I think for a lot of artists, it hopefully made them sit back and realize that you can't control a lot in this world, but you can control your music. And I think a lot of great songs have come out of that pandemic. I wrote, What A Song Can Do, which was written during the pandemic. And we were talking about all different records and music that we were listening to that was re-inspiring us.

What was the original thoughts behind that song, and did it change as you got more into the music and lyrics?

We had thrown that title out and I think the big thing I wanted to do was not name drop songs. And I was like, how do we write this song called, What A Song Can Do, but not mention actual songs. And so it was more about the power of what music can do and make you express your feelings better than you can even say it yourself. And I started thinking about so many times, like driving in the car, what it made me want to do. It made me want to call my ex-girlfriend back up, or it may inspire me to move to Nashville. And so that's where that song really started coming from.

You mentioned you own priorities changed during the pandemic. How so?

First thing I would do when I came home from a tour before was want to go straight to the golf course. Now I try to make sure I spend more time and prioritize my marriage and obviously time with my, I've got a little 6-year-old boy, Ward, and we've been doing a lot of different little projects. We started building like a playhouse outside, just little things like that. I think I've definitely recognized how selfish I probably have been over the past 15 years. I feel like I was always chasing the next thing and not really sitting in the moment enough, and so I'm trying to do that a lot more.

You've hit the apex that a lot of groups hope for including a nine-time platinum hit with Need You Now. What becomes the motivation now?

I think it's longevity. I think we recognize that we're never going to be the hottest new thing ever again, and that's fine. And all my favorite artists have had that, those ups and downs. But I think all my favorite artists have stayed true to their music. And I think anytime we've ever gotten in trouble as a band or a song hasn't worked, it's felt like we were trying to chase the trends too much. And I think for us, we want to be that band that people go, ‘Man, I can always count on Lady 8 to put out some good timeless music,’ and I think that's our goal really is just longevity, staying together as a group. I think most people, the reason they fade away, well, they can't get along.

How would you describe the chemistry with Lady A?

We really, really get along so well, probably better now than we ever have. We had the chemistry early and especially musically, but we are very different personalities. I'm definitely pretty type A and like to make decisions quickly. And I think Dave (Haywood) and Hillary (Scott) like to sit with things a little bit longer. And so I think for us, we've just learned how to communicate better and respect that we're all coming from different ways of growing up and different ways of communicating.

We went to some group counseling sessions too, early on, and I would say the biggest thing we learned was just, don't let things fester and simmer. Something's on your mind, just get it out. That helped me a lot in my own marriage, but being in a band is a marriage. I mean, you have to work on it and you have to check in with each other because you can get so busy and have your eye on the ball so much that you forget that it really is a relationship. You got to check in with each other.

How did you have a chance to remix the Ray Charles song, Georgia, used during the Master’s golf tournament recently?

So I grew up in Augusta, Georgia, and it's the home of the Masters and James Brown. So those are my two loves, music and golf. And I don't know if somehow maybe somebody from ESPN had seen me perform it one time with a band because sometimes we'll do different covers in our show. The opportunity came across and I jumped at it. Yeah, it's a full circle moment because growing up, we used to cover that song a lot in my bands I had in Augusta with my brother, Josh. So Ray Charles is just the top of the top for me, when it comes to just vocals. I just think he's one of the greatest vocalists of all time. And yeah, it was intimidating though. It's like, trying to tackle Ray Charles song, you're never going to do it as good as him, but it was a cool moment.

Stagecoach is this coming weekend. Lady A came to Stagecoach in 2013. What do you remember from that experience, and would you come back again?

Yeah, for sure. Actually, I think my biggest memory was Ashton Kutcher was there and I was really star struck. There was a lot of stars hanging out backstage. And I think I was just surprised Ashton was such a big country music fan. I thought that was cool. But I do remember the crowd, it being so hot and we were throwing waters out to the crowd because it was so hot that day and dusty, but it was really fun. I mean that event, it turned into such a huge event.