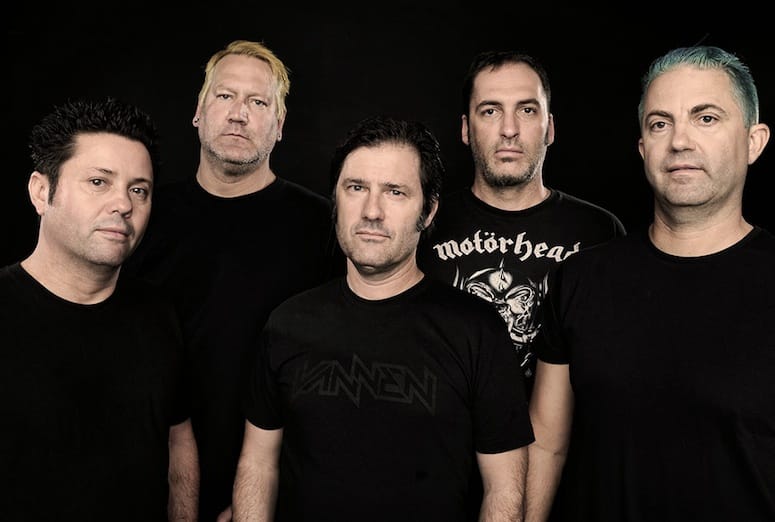 After a few decades in the music scene, Lagwagon just released its eighth album Hang after a nine-year hiatus. The 12 songs have a message that Cape insists the listener would hear him discuss at a bar at 1:30 a.m. with his friends.

The evolution of the band is reflected in more elaborate new songs, including one more than six minutes long called Obsolete Absolute. Cape and Lagwagon play The Date Shed Nov. 7. While gearing up for the first of a two-legged North American tour, Cape sat down to talk to Palm Springs Life.

Have you performed in the desert before?
"Only once before in Palm Desert, at The Hood. It was a few years ago with a band that I had a side project with out there. It’s really cool to be coming back, for sure."

How is it to watch the metamorphosis of Lagwagon throughout the decades?
"I say this all the time, but I’m incredibly lucky to do what I love to do. I have a band that I love to be in and we really enjoy this, so you can’t ask for much more than that. To love what you do and to be able to do it for a few decades, well, it’s been a long time since I’ve painted a house! I miss it sometimes because it’s fine work, and a job I had for many years before my band started touring so much. I miss it, sounds silly, but there’s a relaxation I get from doing it. But I still get to paint my own place."

How do you feel about the new album?
"It’s my favorite record we ever made. We love [Hang] and it feels really good when everyone loves it."

Are you the songwriter in the band?
"I am, but there’s definitely collaboration. I write most everything. I write lyrics and bring it to the guys in the band and there’s a lot of input. Even if I bring and arranged song to those guys, they’ll have ideas. They are really good at that, and that’s why it works."

Do you feel like you still have something to express?
Yeah, I always write about the issues in my life and how they affect me. I write about dark subject matter. This record was more conceptual, it was a bit different and in some ways I feel that more than ever, I have things to say. I had an opportunity to write a central theme throughout the record.  It’s just a series of my rants. My observation of the world, and the people that live in it, and my daughter has to grow up in it. I’m concerned. A lot of people discuss that, but I really don’t write political records.

I read you wrote a song for your daughter Violet many years back that was on a benefit album. Tell me about that?
"That song is Minus and that song is the tone of our new record. I used to write songs for her all the time, when she was two or three, but I didn’t release them."

So you never released any other songs you wrote for Violet?
"Well, there was a song called Lifer that the original lyrics were written for Violet when she was a baby. When we were recording, I thought it was pretty catchy and I should probably put adult lyrics into it, so I did. Lifer is a song about doing what you love and doing it for life. It’s funny, because I’ll be singing that song live and start to [sing the wrong] lyrics.  I’ll sing the lullaby and realize these are not babies!"