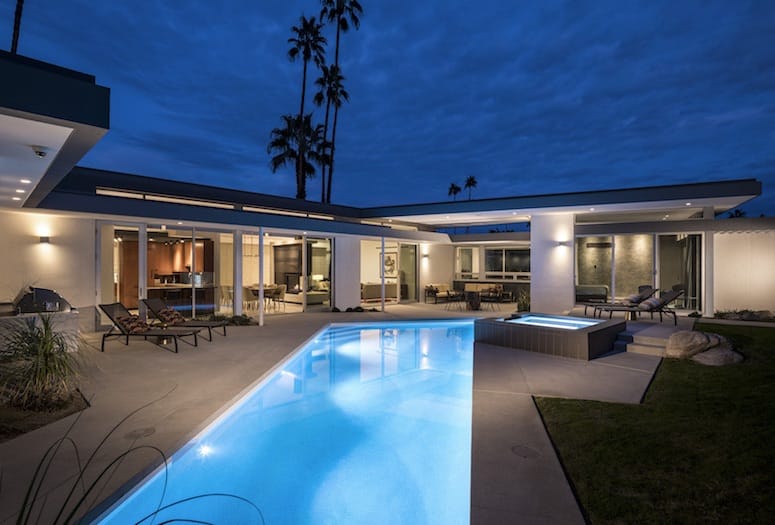 As a fourth-generation Coachella Valley resident, architect Lance O’Donnell developed an innate sense of the harsh desert environment. His understanding of the elements – the blinding sun, extreme heat, and wind — has shaped his approach to architecture.

O’Donnell’s o2 Architecture, founded in 2006 and based in Palm Springs, prides itself on sustainable, mart design that adapts to the landscape. The projects are certified LEED (Leadership in Energy and Environmental Design), a designation given by the U.S. Green Building Council primarily on new residential and commercial building projects.

O’Donnell designed and built his home in Palm Springs, which earned a LEED Platinum rating in 2008. The American Institute of Architects, Inland Chapter, also recognized the house.

O’Donnell, who earned his bachelor’s degree from Cal Poly San Luis Obispo and his master’s in architecture from UCLA, talked with Palm Springs Life about coming back to the desert to forge his career at a time when Modernism Week wasn’t even on the front burner. 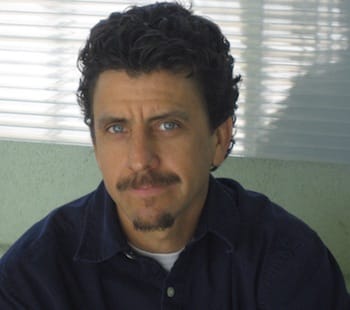 Palm Springs Life: Were you aware of the valley’s notable architectural heritage when you were growing up here?

Lance O’Donnell: My first grade school was an E. Stewart Williams design; it had wonderful north daylight. As a child, I wasn’t aware of who the architect was, just that the classroom was a very uplifting and engaging place to learn and to be creative with arts and crafts — things that grade-school kids will do.

PSL: Why was it important to you to work here?

O'Donnell: It was more circumstance and serendipity than choosing where I wanted to work. I graduated from grad school in 1993, when there was another economic downturn. It was natural to come home to an environment that I knew well. I immediately started teaching at College of the Desert, and I enjoyed this opportunity for 21 years. 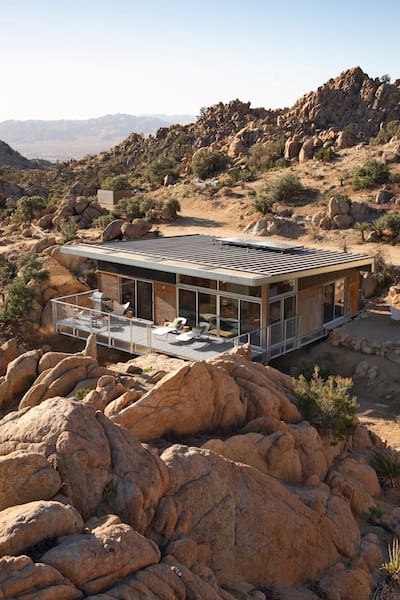 O'Donnell: In high school. I started to put together the craft interest I had from woodshop and metal shop into the drafting classes I was taking. They coalesced together into the idea that architecture could be a pursuit of craft-making and spatial explorations. I came to learn that I was following the Bauhaus model of creative arts education. I became very passionate about the journey.

PSL: Was there a school project or any other event growing up that made you say, “I want to pursue architecture over anything else”?

O'Donnell: There wasn’t a single moment. Early on I knew I had a talent to draw and to visualize three dimensionally — I found success in this during my elementary years. It was evolutionary, not an epiphany.

PSL: Did the desert’s reputation as a mecca for modernist architecture surprise you?

O'Donnell: No, it didn’t surprise me. At an early date, the desert was a testing ground for design ideas. There were creative people from the entertainment and arts industry that allowed a collaboration of creative people and experimentation. When experimentation takes place, in a demanding environment, compelling ideas come to life in the form of architecture.

PSL: How do you think Modernism Week has benefited the city?

O'Donnell: There has been a huge awareness brought about by Modernism Week. Architects and others continually come year after year to experience both the history and legacy of Palm Springs and the new modern architecture. It has allowed us to continue the modern exploration of architecture and has encouraged such work. There is a synergy that aids preservation efforts and emboldens new modern architecture. 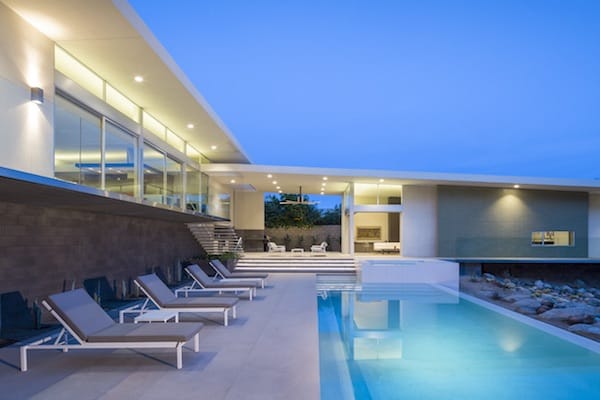 The front of the Las Palmas Heights home designed by O2 Architecture conceals the path to the south pool yard and beyond.

PSL: How did you become involved in Modernism Week?

O'Donnell: I became involved with Modernism Week in its infancy to help introduce my students from College of the Desert to the architectural legacy here. It was important to continue the diffusion and awareness of modern design.

PSL: How has Modernism Week affected your own career?

O'Donnell: We have been fortunate to have had a range of opportunities with Modernism Week.  The most rewarding was the experiences with my College of the Desert Students. For several years we created objects to display at the Modernism Week Show and Sale. These objects ranged from beautifully crafted mail boxes to modern bird houses. All created to raise awareness of the local talent and to raise money for the College's Architecture Club's annual trip to Chicago! The exposure of future design professionals to our local Modernism Week phenomenon is priceless. We have also worked with grade school students from St. Theresa and have had them at my lectures and on the Signature Home tours. What's more, with the gracious support of the homeowners, several of our residential projects have been featured on the Signature Home tours. [Notably a house at Desert Palisades completed for the 2017 event.]

PSL: You collaborated with the late architect Donald Wexler on several projects. What was it like to work with one of Palm Springs’ notable modernist masters?

O'Donnell: It was significant. I was at an early midpoint in my career, and Don was at the end of his. My career was establishing, with my office and practice growing. Both trained as modernist architects, we were able to work together as colleagues; Don collaborated as a mentor. He wanted, at that stage of his career, to stay creatively involved and continue to challenge his thinking. Our modern training allowed us to have an immediate and enduring connection.

PSL: You recently completed some work at Sunnylands. Can you elaborate on that?

O'Donnell: We completed a 50,000-square-foot campus at Sunnylands. We had the good fortune to work with dedicated clients, contractor, and consultants to create a campus that is currently tracking LEED Platinum Certification. It comprises an administration building (15,000 square feet), an archive building (8,000 square feet), operations building (14,000 square feet), and additional storage buildings. Workspaces are graced with daylight and adjacent garden views. The distinctive feature of the project is the engineered wetlands. Here the waste water from the visitors center and all our new buildings is treated through a biological cleansing system. Once the water is purified, it goes back to the buildings to flush toilets, creating a closed water loop. Excess water, at certain times of the year, will be used for irrigation. 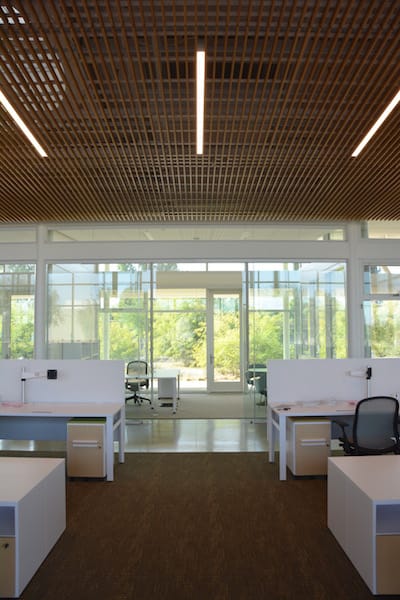 The administration building at Sunnylands in Rancho Mirage.

It’s a really remarkable place. We feel privileged to contribute to the legacy of the Sunnylands Campus. With the work of A. Quincy Jones and Fred Fisher’s office, there is notable architecture; o2 Architecture being in that legacy is an honor.