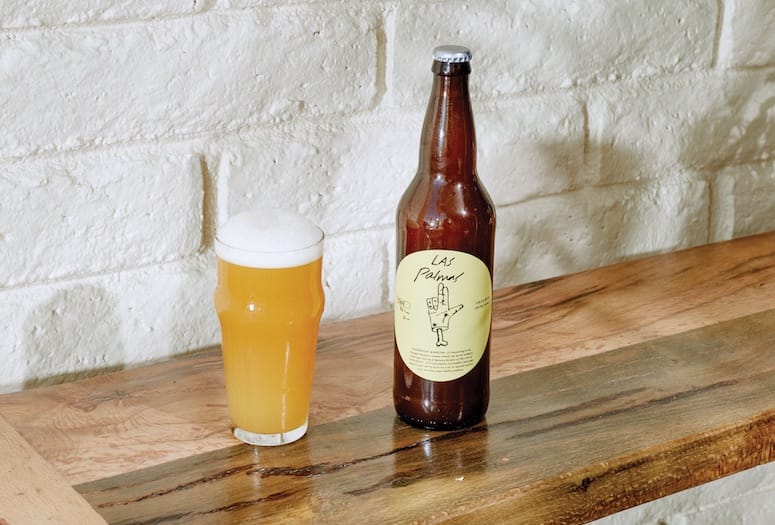 For their first-ever batch of beer, Las Palmas Brewing co-owners Rey Romero and Sam Gill wanted to keep it simple. The duo decided to create what’s known as a table beer, a straightforward style prominent in Belgium and France meant for, as the name not so subtly suggests, everyone at the table. It’s an ale that pairs nicely with any dish … or no dish at all. You could call it “the Champagne of beers,” if that moniker hadn’t already been co-opted.

“It’s an obscure style of beer like a petite saison or low ABV farmhouse ale,” explains Gill, a transplant from San Francisco who oversees Las Palmas’ craft brewing operations. “There are a lot of reasons I like to brew it. It uses a small amount of grain and hops.”

Romero, a Cathedral City native who opened the hip, gimmick-free brewery on Palm Canyon Drive with Gill in 2019, describes Las Palmas’ most popular creation as “a gateway beer for those who come in and don’t necessarily know what they like to drink.”

The downtown Palm Springs brewery’s smoother-than-smooth take on table beer has 4 percent ABV. Las Palmas’ 22-ounce bomber bottle is the perfect size for any occasion requiring a beer, ranging from picnics populated with overstuffed On the Mark sandwiches to take-out dinners starring Rooster and the Pig’s spiciest dishes.

Besides its bright, bone-dry balance, Gill notes there’s another slightly selfish reason he prefers to make his table beer. “It doesn’t hurt my back as much as brewing an IPA,” he says with a grin. “When I brew a table beer, I’m like, ‘Oh, that was a chill day.’ When I brew an IPA, I’m like, ‘Ow, that hurt.’” From the brewhouse to the first sip, it’s comfort in every moment. laspalmasbrewing.com 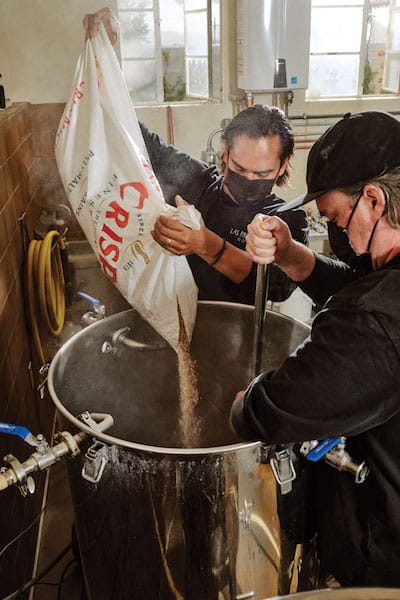