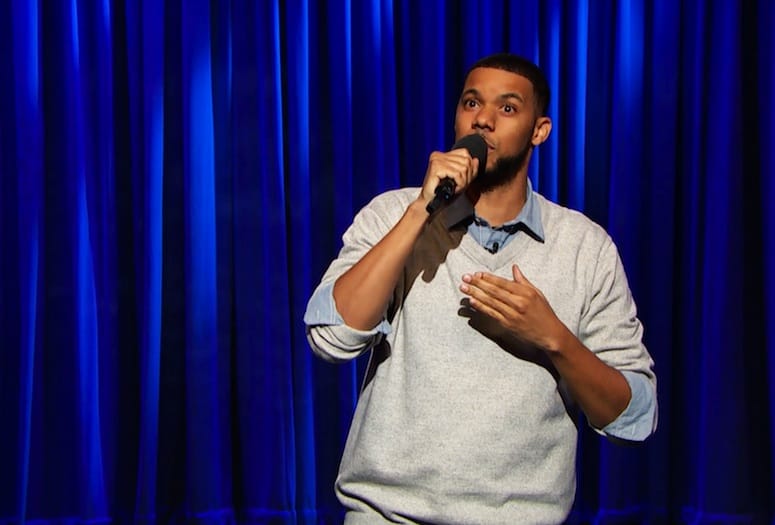 The best part of winning: Showing people he has what it takes.

“I’ve had so much negativity,” he says. “I’m glad I stuck to my guns. I’m not the most positive person but I put the energy in to give me the win.” English can add his new admirers to the growing number of fans who find his storied humor hilarious. English hails from Atlanta where his friends fondly refer to him as the “Prime Minister of Atlantsterdam,” and his comedic material often incorporates personal accounts from his life.

“I like to share things that make me laugh or give people a look at how my brain works,” he says.

English will be part of the Last Comic Standing Tour to appear Nov. 23 at the McCallum Theatre in Palm Desert. Season 9 finalists Ian Bagg, Dominique, Andy Erikson and Michael Palascak will join him.

English Wit:  “I can find humor in anything.”

• “The way somebody responds to something.”

• “It’s the little things in life that are funny.”

After surviving the scrutiny from a judging panel consisting of comedic legends Norm McDonald, Roseanne Barr, and Keenan Ivory Wayans, English won over the audience, which he calls “ the fourth judge,” with his original material.

“I’ve got a couple of ideas for my pilot development deal with NBC,” English says, alluding to the prize package he’s won worth $250,000, including a shot at his own television show.

He also credits one of the show’s producers, Wanda Sykes, in helping him through the process. “Wanda helped a lot. She has a lot of years of experience and she’s where I want to be,” he says.

VIDEO: Here is a clip of Clayton English on Last Comic Standing courtesy of YouTube.