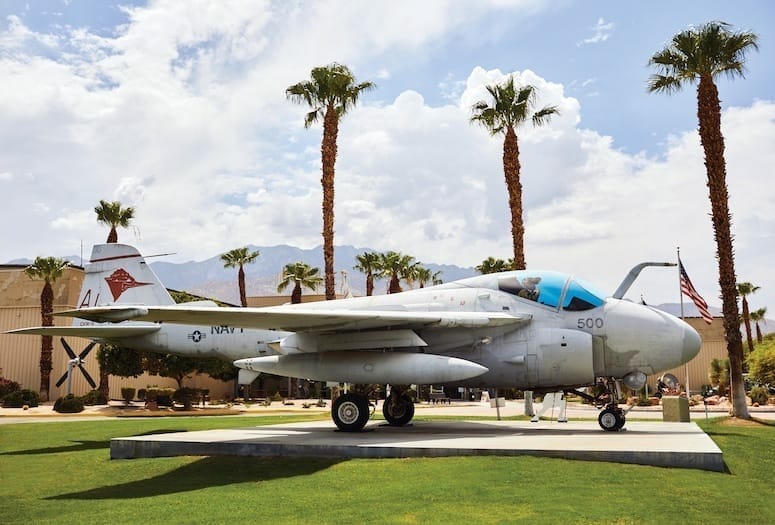 A World War II pilot, a doctor, and a city commissioner walk into a bar. (OK, technically, there was no bar; they were at an airport commission meeting. But you get the idea.) The commissioner looks out the window and says, “Why not an air museum with WWII warbirds, right here in Palm Springs?”

That was September 1993. Three years and two months later — on Veteran’s Day, Nov. 11, 1996 — the nonprofit, educationally propelled Palm Springs Air Museum swung open its doors to the public. More than 3,000 eager patrons lined up to view two hangars filled with a collection of about 30 fighter planes — as imagined by Harold “Pete” Madison, Dr. Morton Gubin, and Charles Mayer, along with fellow aviation buffs who backed their efforts.

The number of hangars was a feat in itself: Original plans called for only one hangar on the 10-acre parcel adjacent to the Palm Springs airport. But backer Bob Pond, a former Naval aviator whose personal aircraft collection came to reside at the museum, told them to double it. A third hangar opened in 1999, a fourth in 2017, and a fifth (housing the newly acquired F-117A Nighthawk) this past April.

The two-story facility, designed to preserve America's wartime history, hosts regular events and educational programming and features an expansive aerospace library. Over the next two years, the air museum’s façade and entrance will undergo a highly anticipated $2.5 million remodel. 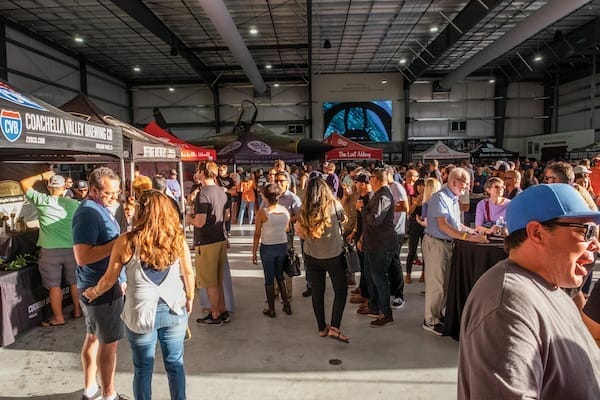 Mark your calendar for the museum’s 10th annual craft beer festival, Nov. 19. Sample suds from local and national breweries while touring the hangars. You can even book a flight in one of five warbirds. palmspringsairmuseum.org