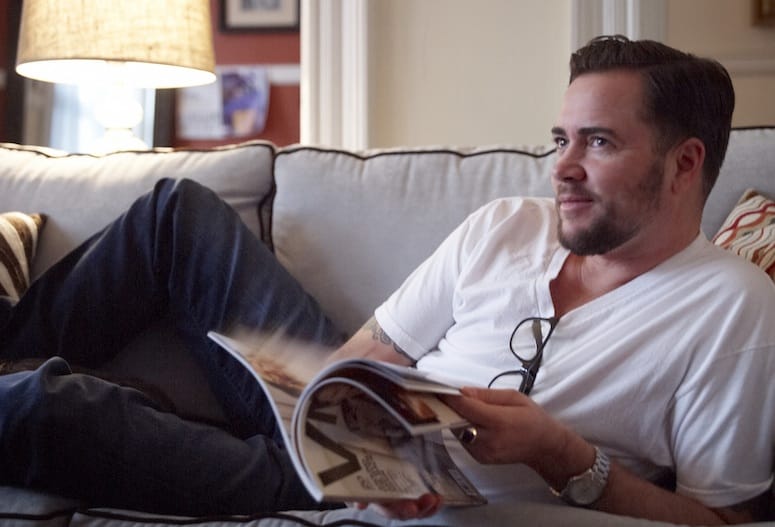 Funnyman Ian Harvie puts his gender bending comedy to film in Ian Harvie Superhero, a “culmination of a personal and public journey of having been born a girl and later becoming a self-made man.”

According to Harvie, “it’s basically a live comic concert show with behind the scenes cuts and it’s me telling my story. Reactions to me being transgender, my relationships, my struggles with my body, my perspective, all made funny and accessible because in the end, people realize everybody shares common feelings regardless of their gender.”

Growing up, what did you want to be?
“When I was really, really, little, I used to put on shows with and for my family. I would come out during the intermission to do the comedy portion of the show, be the warm up act, and make people laugh when my brothers and cousins were changing costumes in between scenes. I think, unknowingly, I wanted to be a comic.”

What would you be doing now if you were not a comedian?
“I don’t know…a line cook? I really don’t know what I would do after this…something in the entertainment industry.”

What kind of Superhero are you?
“The Superhero reference in my show title comes out of a joke in the show. The joke is, ‘If I were a transgender superhero, what would my superpower be?’ But the title has many meanings. The power is in the message that we all have the ability to change ourselves if we want to. What I’m trying to do with my comedy is to be the great unifier, show how we all struggle with these feelings of discomfort and at the same time let it be positive, make a historically heavy subject relatable. The subject matter and laughing together, makes it unifying.”

Your birth-name is Janet…how did you pick Ian?
“I originally asked my mother if she had ever chosen any boy names, but she said she already had two boys at home and ‘I was coming home a girl’, so she didn’t pick one. My previous partner picked up a baby name book for me and I picked my favorite three names, and we went to TJ Maxx and she called out each name from across the way. ‘Ethan?’ Nope. ‘Justin?’ Nope.  Then she hollered out ‘Ian’ and that was it! If felt right to me. Thanks TJ Maxx. Ian is also Scottish for John and also means ‘of kings’."

0-5: “I loved the 1960s Batman series starring Adam West. How cool to lead a double life that nobody knew about.”

5-10: “I have no resentment being a girl. I, finally, feel better in my head and body seeing me now in the mirror. Transitioning had nothing to do with having to please the rest of the world. This journey has been an expansion of myself. Not changing myself, but adding to myself.”

10-15:  “My mom still calls me Janet sometimes and she likes the name Ian because in cursive, ‘Ian’ looks a lot like ‘Jan’.”