Lawrence Crossley is credited with being the first African-American resident in Palm Springs. A trumpet player from New Orleans, he came to Palm Springs with his wife, Martha, in the 1920s.

Prescott Stevens, owner of the El Mirador Hotel, hired Crossley to be his driver for his frequent trips to and from Los Angeles. Crossley had been “well-known in golf circles” and quickly became involved in the development of the El Mirador golf course. Stevens eventually put him in charge of the Whitewater Mutual Water Company.

Clearly industrious and intelligent, Crossley was encouraged by Stevens to invest himself. He started the Tramview Water Company, built a small café, with rooms for rent on Section 14 in Palm Springs, and began marketing a “mystery tea” using a Native American recipe. In Cathedral City he developed the Tramview Village and the Eagle Canyon Trailer Village. Crossley acquired approximately five acres of land south of Section 14, near East Ramon Road and South Sunrise Way. This became Crossley Court, which was home to many of the city’s minority citizens.

In the late 1950s, Crossley purchased a large tract of land outside of the city limits. His development included paved streets, natural gas, and school bus service. The homes were built to Federal Housing Authority standards and could be had for a down payment of $50 with monthly payments of $65.

In 1959, the Crossley Tract was annexed into the City of Palm Springs and by 1961, some 30 homes had been built. The project faltered with Crossley’s untimely death in 1962. 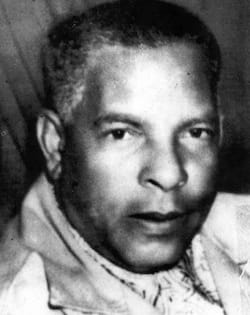 There is a multitude of ways to learn more about Palm Springs, which turned 82 in 2020. One of the more intriguing methods is by exploring the city’s history. The Palm Springs Historical Society will share a story whose time and place corresponds with today.