The Lawrence Welk House will be open for tours Feb. 15 during Modernism Week.
PHOTOGRAPH COURTESY OF PALM SPRINGS HISTORICAL SOCIETY

JR Roberts always dreamed of having the enviable sweeping southwest views that are so feverishly sought after by homebuyers in Palm Springs. The former Palm Springs city councilman who purchased the Lawrence Welk Estate in the El Mirador neighborhood has finally gotten his wish.

In 2019, Roberts purchased the former Welk home constructed in 1951 by Palm Springs builder Joe Pawling, who had collaborated with architect Herbert Burns on several projects. Pawling built the 2,600-square-foot home as a spec house. The first owners were Burt and Bernice Dutcher, who sold the home to Welk in 1961. Although Pawling designed this home himself, it has some original touches of Burns’ influence which Roberts preserved.

“The first time I walked into this house, I thought it was a Herbert Burns,” says Roberts. Pawling built numerous homes in Palm Springs, most notably the Southridge home of William Holden. He worked with other prominent Palm Springs architects – Donald Wexler and Richard Harrison — besides Burns. 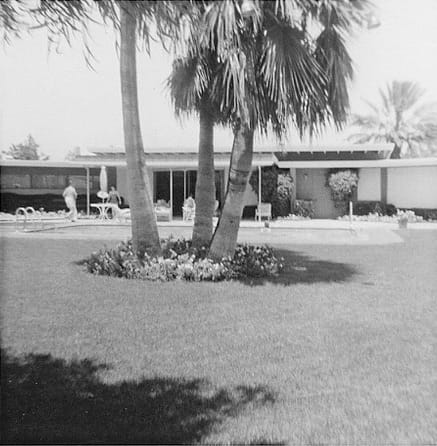 PHOTOGRAPHS COURTESY OF THE LENNON FAMILY 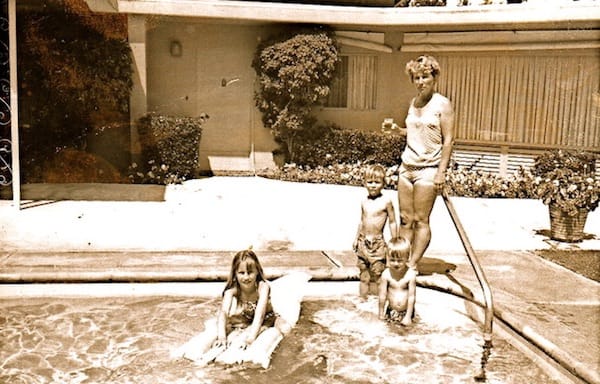 Taken in 1961 at the Welk house, the photo was provided by the Lennon Family. The Lennon Sisters were a stable on Welk's TV show.

After owning and living in the famed E. Stewart Williams Edris House for 18 years, Roberts says the Welk estate feels like home. “Living in such an iconic home like the Edris House was like living in a museum,” Roberts remarks. The Welk Estate is situated on an expansive lot with postcard views of Mount San Jacinto from most of the home’s interior. The Edris House also had impressive views but a different vantage point, mostly southeast.

“I’ve been fortunate to live in some great homes. The Lawrence Welk residence embodies everything I love a about desert living.” 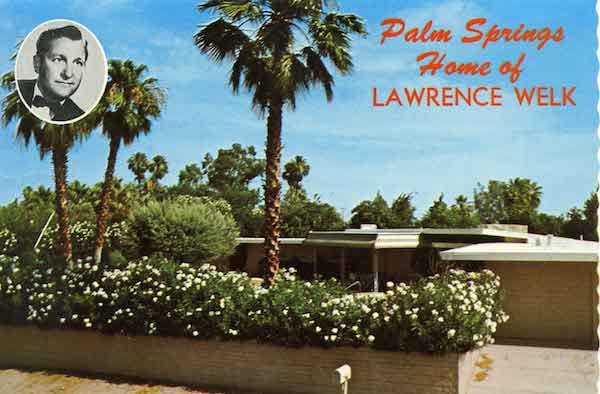 Welk sold the home in 1971, and the property changed ownership a couple of other times in the ensuing years. Roberts bought the home from an empty-nester couple who lived in it for decades and raised their children there. Roberts, who has an architecture background, has now settled in his new digs after an extensive restoration of the Welk estate that has a Class 1 Palm Springs Historic Designation.

“Restoration comes easily to me and something I very much enjoy, particularly on a house I love,” says Roberts, who adds that the original features of the house were largely intact. “I just had to scrape away some unfortunate finish choices that had been made over the years.”

For the restoration, Roberts relied on postcard pictures of the house; there were no original pictures found to aid in the process.

A preservationist who has worked with the Palm Springs Modern Committee and served on the Palm Springs Planning Commission and city council, Roberts has taken on the effort to restore the Historic Plaza Theatre in downtown Palm Springs. Funds raised from the Modernism Week tours like the Lawrence Welk Estate will benefit the restoration of the Plaza Theatre.

• READ NEXT: Efforts Underway to Save La Plaza Theater. 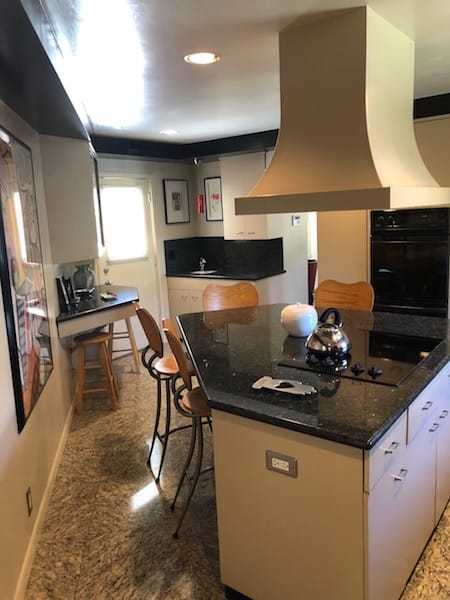 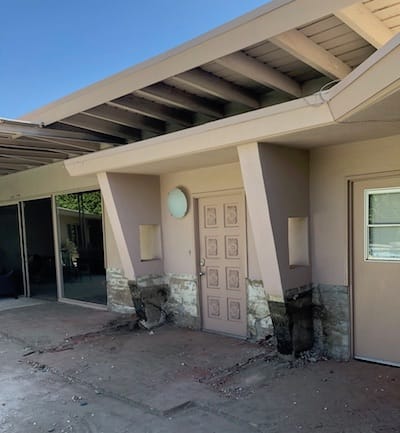 During restoration, many of the original features of the house were largely intact.

Welk was a beloved bandleader and musician with an enormously popular television show; The Lawrence Welk Show was musical variety show with a worldwide audience. Welk learned to play the accordion early on which became the entrée to his future music career.

Born and raised on a farm in a small town in North Dakota whose residents principally spoke German, Welk didn’t speak English until 21. The upside was a distinctive accent that charmed his audiences.

The show began airing in Los Angeles in 1951, then nationally on ABC from 1955–1971. The Lawrence Welk Show ran in syndication until 1982. Welk branded his show’s signature music as “champagne music” and the show featured a bubble machine.

• READ NEXT: Check out This 1979 Palm Springs Life Article on Welk.

Welk was an avid golfer and used the Palm Springs residence as his weekend home and hosted friends for stays. Among his guests were stars of his TV show The Lennon Sisters, who were frequent visitors.

Through a twist of serendipity, Roberts met a member of the Lennon family in Venice, California. (Roberts grew up in Venice and still has a home there.) The Lennon family graciously provided Roberts with some vintage family photos of their visits to Welk’s estate. “Those pictures of the house from the Welks’ first year of ownership were an enormous help in restoring the heavily remodeled house,” Roberts says. 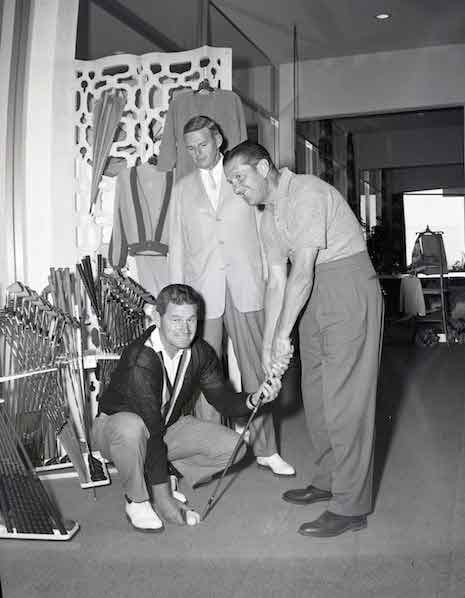 Lawrence Welk at the Cathedral Canyon Country Club. Welk was an avid golfer.

The pool area after restoration.

Due to its proximity to the famed El Mirador Hotel, now Desert Regional Hospital, the El Mirador neighborhood featuring Welk's home drew many other luminaries over the years such as  Eddie Cantor next door, Truman Capote down the block, and Lucille Ball and Desi Arnaz on the corner.

Roberts is looking forward to welcoming Modernism Week tours in February. “The house once again shines as it did in 1951.”