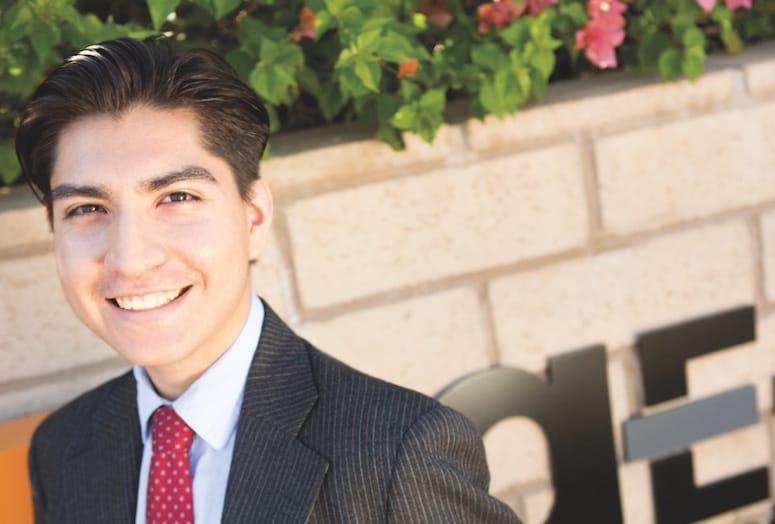 Jerry Quintana earned a look at the public health field through his internship with Desert AIDS Project.
Photo by Ethan Kaminksy

Shadow Hills High School graduate Jerry Quintana was among 26 full-time paid interns working in healthcare organizations throughout the Coachella Valley last summer in a program aimed at preparing college students for jobs and leadership positions in the region.

Pointing out that the HIV infection rate in the Coachella Valley exceeds the national rate, Quintana says, “Get Tested Coachella Valley promotes testing so that everyone knows his or her status,” and ultimately puts fewer people at risk.

“I’m also helping to develop a practical guide for low-income residents to access healthcare services,” he says. “There is so much help available, but people don’t know. We want to make it easy for them to find and access the services they need.”

Like Quintana, other interns represent a variety of majors, from accounting to chemistry, emphasizing that the healthcare industry needs professionals from many fields.

Citing U.S. Rep. Raul Ruiz as an influence, Quintana, 19, has political ambitions, with his eyes fixed on Congress. For him, the internship provided a view into a slice of public health before he began the current quarter studying and looking for internships in Washington, D.C., through a UC Irvine program.