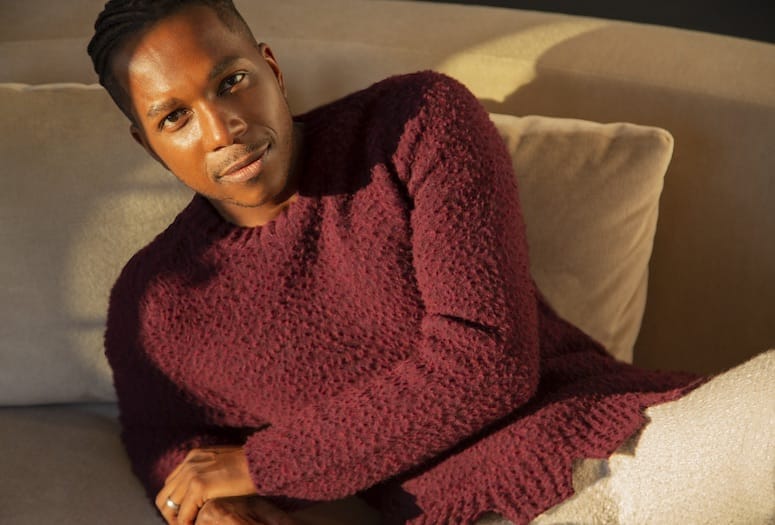 Directed by Regina King, the film One Night in Miami is attracting accolades to its all-star cast, including Leslie Odom, Jr., who has received the  Spotlight Award, Actor from the Palm Springs International Film Festival.

“Leslie Odom, Jr. is a truly talented performer. In his latest project, One Night in Miami, Odom Jr. brilliantly portrays singer Sam Cooke with charisma and tenacity, as he joins iconic figures Malcolm X, Cassius Clay and Jim Brown in this fictionalized account that is based on their actual meeting,” said Festival Chairman Harold Matzner.

Past recipients of the Spotlight Award, Actor include Timothée Chalamet, Bryan Cranston, Jamie Foxx, Andrew Garfield, Sam Rockwell and J.K. Simmons. In the years they were honored Rockwell and Simmons won an Academy Award for Best Supporting Actor.

Odom, Jr. joins this year’s previously announced honoree Riz Ahmed (Desert Palm Achievement Award, Actor), Carey Mulligan (International Star Award), Gary Oldman (Chairman’s Award) and Chloé Zhao (Director of the Year Award) and The Trial of the Chicago 7 (Vanguard Award). The Festival and Film Awards Gala will not take place as an in-person event this year, but honoree selections will be announced to recognize this year’s great performances. Entertainment Tonight will air a tribute to the honorees scheduled on Feb. 11 and Feb. 25.

On one incredible night in 1964, four icons of sports, music, and activism gathered to celebrate one of the biggest upsets in boxing history. When underdog Cassius Clay, soon to be called Muhammad Ali, (Eli Goree), defeats heavy weight champion Sonny Liston at the Miami Convention Hall, Clay memorialized the event with three of his friends: Malcolm X (Kingsley Ben-Adir), Sam Cooke (Leslie Odom Jr.) and Jim Brown (Aldis Hodge). Based on the award-winning play of the same name, One Night in Miami is a fictional account inspired by the historic night these four formidable figures spent together. It looks at the struggles these men faced and the vital role they each played in the civil rights movement and cultural upheaval of the 1960s. For the film, King also enlisted Odom to write and perform the original song, “Speak Now.”

Odom, Jr. is a Tony and Grammy Award-winning and Emmy nominated performer – with a multifaceted career that spans all performance genres: Broadway, television, film, and music. Odom is best known for his breakout role as ‘Aaron Burr’ in the smash hit Broadway musical Hamilton, for which he won the Tony Award for Best Actor in a Musical and a Grammy Award as a principal soloist on the original cast recording. The recently released film performance of the original Broadway production is on Disney+.

His film and television credits include Music, Needle in A Timestack, Love in the Time of Corona, Harriet, Murder on the Orient Express, Only, Red Tails and Smash. He can currently be heard voicing the character of ‘Owen Tillerman’ in the Apple TV+ animated musical-comedy series Central Park, for which he received an Emmy nomination. This fall he will star in The Many Saints of Newark, a prequel to The Sopranos. In March 2018, Odom released his book – Failing Up: How to Take Risks, Aim Higher and Never Stop Learning.