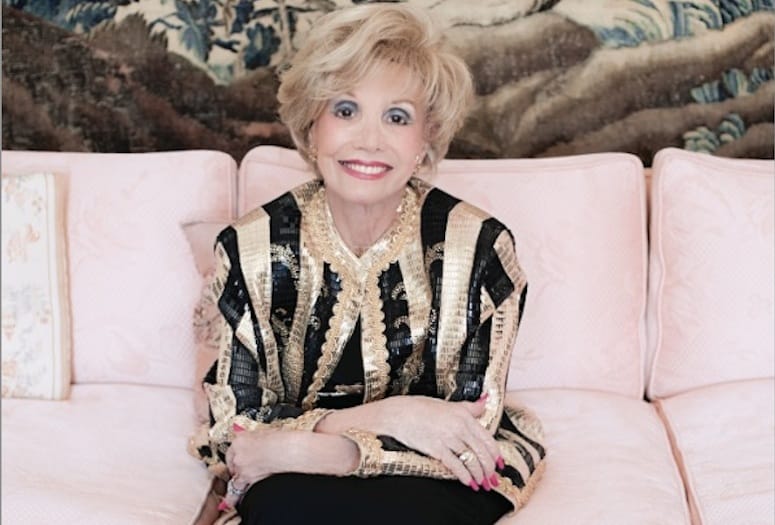 I always wanted to be a journalist and I am proud of some of my accomplishments, but I never expected to be a “poster child” for esophageal cancer.

It is a disease that did not have to happen.

At 98 pounds I am not obese, not a smoker, nor a big drinker — the usual causes for this type of cancer. But I did share something with 30 million Americans: acid reflux. It was not something to worry about; everyone I knew who was older had it, and I was getting older. I gobbled Tums and then I started taking popular proton pump inhibitors. This took away the acid reflux, and I was fine until late last summer, when I had difficulty digesting food. Actually, the way it started was funny. I would eat and then hiccup. When I mentioned how silly I felt, one friend said, “Take two sugar cubes.” I tried it and it seemed to help.

I still remember a luncheon I attended on Sept. 24, 2014. It was Rozene Supple’s birthday and her husband, Ric, invited family and a few close friends to a luncheon in her honor at Le Vallauris. The Supples adore caviar and so do I. The waiter kept passing caviar on soft blinis and I never turned one down. After that, I had vichyssoise and giggled as I happily hiccupped and ate sugar. The entrée was filet mignon. I took one bite (it was delicious) but knew that if I took another bite it would not digest and everything would come up — including the caviar and vichyssoise. So I stopped eating and took the steak home. Not being able to digest my food became more frequent and, by October, impossible. Gloria Greer at her home in Palm Desert in May 2015. She successfully completed several weeks of chemotherapy and radiation treatments after her cancer diagnosis in October 2014.

I went to see Dr. Gary Annunziata, who convinced me to have an endoscopy, something no doctor had suggested in the almost 25 years I’d had acid reflux. (Endoscopy is a nonsurgical procedure used to examine a person’s digestive tract. Using an endoscope — a flexible tube with a light and camera attached to it — your doctor can view pictures of your digestive system on a color monitor.)

I was told the endoscopy showed a tumor. The following day, I had a CT scan and a PET scan. The next day, Halloween, I was given the scary news: The tumor in my esophagus was malignant. I had stage 3 esophageal cancer, and it had sneaked into a small node near my windpipe.

I didn’t wait. Four days later, I started nine weekly chemotherapy treatments under the guidance of oncologist Dr. Amy Law at Eisenhower Medical Center’s Desert Hematology Oncology Medical Group. I was immediately impressed by Dr. Law. She carefully explained the medications that I would receive during chemotherapy infusions, and then said, “I believe there is an 80 percent chance that when we are finished, your tumor will be 100 percent gone.” I thought, “I’ll take those odds.”

I finished both chemotherapy and radiation Dec. 30. There was a new problem. I had been warned that radiation to rid cancer from the esophagus would feel like the worst kind of sunburn in the esophagus following the treatments. As predicted, it did. And it was too painful to eat. When I saw Dr. Law on Dec. 30, she said it was necessary to admit me to the hospital for 24-hour nourishment through a peripherally inserted central catheter (PICC) line that would carry the food and all meds into my body intravenously. Gloria Greer with Wally's Desert Turtle owner Michael Botello. She continued to cover the social scene for Palm Springs Life during her treatments. She couldn't digest solid food, so Botello prepared puréed salmon for her preceding the McCallum Theatre Gala.

I did not know that Eisenhower Medical Center has a cancer section for hospital treatment, and that is where I landed. My room was so small that I kidded it must have started as a broom closet. Most of the rooms were larger, but that was what was available in the emergency rush to find me a room. I was amazed at the care I received in my little room, which had practical space for every medical need. The nurses and nurses aides worked nonstop, day and night. Some of the registered nurses had received their credentials from San Bernardino only a year earlier, but they were caring and extremely efficient. The bathroom was only two steps from my bed, but I was so weak I needed a nurse’s aide to help me get there.

My few-day stay became a week, and then I came down with pneumonia. I asked that my pulmonary doctor, Ronald Sneider, M.D., be called. Now, in addition to receiving round-the-clock medications, a therapist would come into my room every few hours with breathing exercise equipment for me to use. As I grew stronger, a physical therapist would come each day to walk with me in the hall and monitor my improvement.

I was told there was room for me in the Greg and Stacey Renker Pavilion and I moved there. Now there was a suite to walk in, giving me the ability to move around and build up my strength. The nursing care was still exceptional, and if I felt strong enough then to walk down the wide halls to the Renker library. Gloria Greer stayed upbeat during chemotherapy, even snapping this "selfie."

When you are ill, you find out a lot about friends. Sometimes new friends surprise you. Debbie Green produces the shows and books the acts at the Annenberg Theater at Palm Springs Art Museum as well as for many major benefits. I have known her casually but never well. A cancer survivor herself, she phoned when I was on only liquids, telling me, “I make a great pea soup and I want to bring you some.” She not only provided the soup when I was still home but brought more to the hospital and visited me at Renker. I will always cherish her support. My daughters, Ann and Norma, took turns and were always with me. Carol Channing and Sylvia Long insisted on visiting me when I was in the cancer division, and Ruta Lee and her husband, Webb Lowe, came to Renker to visit.  When it was time to go home, Ruta quipped, “I’ll bet you are going to miss your five-star hotel.”

My good friend Al Jones drove me home. My daughters had the flowers and personal belongings in their cars. When I arrived, my daughter Ann had left the Christmas trees up. They were lit and surrounded by gifts.

I smiled and shed tears of joy.