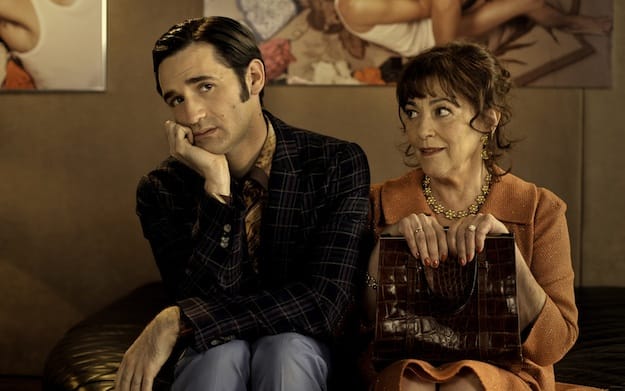 Romantic comedies may be commonplace at the multiplex. However, throw in a little Jewish guilt, a gay friendly plot and a bit of farce, and you’ve got the quirkiest love story to release in 2012.

Let My People Go! is co-writer/director Mikael Buch’s tale that centers around a fidgety French postman named Ruben (Nicolas Maury). His candy-colored existence in Finland is turned upside-down after the delivery of a large sum of cash goes awry. Angered by the mishap, Ruben’s partner, Teemu (Jarkko Niemi) exiles him back to Paris and into the loving arms of his zany Jewish family. Their separation forces the couple to learn what does and doesn’t work in their relationship, the importance of forgiveness, and whether or not they can live without the other.

Palm Springs Life caught up with Buch to discuss his latest effort, and why the Palm Springs International Film Festival (where Let My People Go! had its U.S. debut in 2012) was an ideal stop for the project.

How did the story of Let My People Go! come about?
I wanted to continue the work I started with my short films. I have explored a lot of different genres through all the short films I have made, and I came to realize that comedy was the genre that fulfilled me the most. So I wanted to make a comedy full of Jewish humor about a farcical gay son that would come back to find his place in his crazy family. Nicolas Maury starred in my two previous short films, and I felt we had already started creating a kind of humorous character together that I enjoyed very much. I wanted to go further in that direction.

Nicolas Maury is a fantastic comedian, reminiscent of Jim Carrey and Charlie Chaplin. Why did you feel he was the actor to play Ruben?
I am so happy that you mention Jim Carrey. To me, Nicolas has a similar identity as a comedian.  Nicolas is a natural born comedian from head to toes. When he acts, you can see he is using his entire body to express his feelings. That’s why I’ve done so many wide shots in this film; I wanted to film his entire body moving in the set.  He is the kind of actor who is never afraid of trying a risky idea. Every take with him is a surprise and, as a director, that is the best thing you can expect from an actor.

How has the LGBT community embraced the film?
We’ve had a great support of the LGBT community, not only in France, but also in different countries like Germany and, of course, the LGBT community in the USA has been absolutely supportive. I had the privilege to show the film at the Castro Theater in San Francisco during the last LGBT Film Festival, and I felt that the gay audience was happy to see a film in which homosexuality was shown in a joyful way. Being gay doesn’t necessarily have to be a problem in every film!

Let My People Go! was an official selection of the Palm Springs International Film Festival in 2012. Did you attend the festival?
Yes. I was really thrilled to be able to attend the festival and to visit Palm Springs. It was the first time the film was shown in the USA and the response of the audience was really heartwarming. I will always remember that screening. I remember that I went directly from the airport to the screening to do the Q&A. I was completely jet-lagged, but the audience had such a great energy that I felt instantly invigorated!

What were your perceptions of Palm Springs, and where did you spend your recreational time while in town?
I was really impressed with the fact that you can feel the desert wherever you are.  To a European like me, a desert like that is something mythical, something that only exists in westerns!  So, I felt the city was really cinematic. And I love the architecture and that 1950’s touch that you can see everywhere. I would love to do a film there. A gay, Jewish, and contemporary western. Why not?  That would be fun! I also have to say that I had the best cocktails I’ve ever tasted at the (Palm Springs) Rendezvous Hotel. Barb, the manager of the hotel, makes some amazing margaritas!

Your directorial style has a quirky charm to it that is shared by other French directors like Michel Gondry, Julie Delpy, and Francois Ozon. What inspires you as a director?
A lot of things inspire me. I can be as much inspired by a Disney Cartoon than by the work of a contemporary photographer. For instance, the writings of Flannery O’Connor inspired me a lot when I was working on the script of “Let My People Go!”. Also, I have always been influenced by the kind of flamboyant and “bigger than life” musicals and melodramas from the 1940’s and 1950’s. As film directors are concerned, I could give you a thousand names ,but here are the ones that come to my mind right now: Jacques Demy, Douglas Sirk, François Truffaut, Woody Allen, Billy Wilder, Jean Renoir, Vincente Minnelli, Pedro Almodovar, Wes Anderson, Nanni Moretti, Tim Burton, Hirokazu Koreeda…

What’s your favorite moment or scene in Let My People Go! and why?
It is difficult to say but if I had to choose one scene, I would choose the one where Ruben talks to his mother while she gets dressed. I love the chemistry between Nicolas Maury and Carmen Maura in this scene. Carmen is one of my favorite actresses in the world, and it was magical to be able to work with her.  In that specific scene, I feel she has a kind of “Bette Davis quality” that I love.

See Let My People Go! when it opens Feb. 8 at the Camelot Theaters. Call for times.