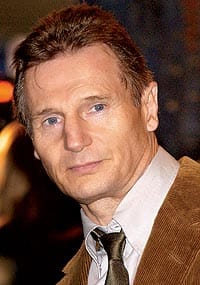 To modern eyes, the tagline on advertisements for the movie Kinsey may well seem superfluous: “Let’s talk about sex.” When do we not talk about it? In schools, around water coolers, at family dinners — in many social situations, it’s the default topic of conversation when the weather’s mild and there’s no important political campaign in progress. Of course, during political campaigns, we talk about it even more.

And when we’re not talking about it, we spend much of our time listening to others talk about it. On the radio, it’s a favorite topic of shock jocks and talk-show hosts. On TV, it features prominently in most sitcoms, newscasts, and “reality” shows.

We glibly discuss a dizzying variety of sexual orientations, preferences, and practices. But 60 years ago, any talk about sex in the United States would likely be in hushed tones, and might well touch on certain widely accepted “facts,” such as masturbation leads to blindness and insanity, homosexuality is an exceedingly rare perversion, and sex is something that happens primarily between married people, in the missionary position. Today, sex talk is louder and more informed. Of course, many Americans — including some in positions of power and influence — would like to force the cat back into the bag, although it refuses to go without a fight.

In a classic case of blaming the messenger, some of those reactionary voices put the blame for what they see as rampant immorality on Alfred C. Kinsey, author of two famous — some would say notorious — papers on human sexuality. After Kinsey, a zoologist, agreed to teach a course on human sexuality, he was surprised by the scarcity of scientific data on the subject, in contrast to that dealing with the mating habits of insects. He and his associates began collecting their own data, eventually comprising more than 18,000 sexual histories drawn from face-to-face interviews of volunteer subjects.

Kinsey’s report on the human male came out in 1948; one on the female  followed in 1953. Americans have since changed the way they talk about sex. Although the researcher’s scientific methodology and personal morality have endured constant attack since the reports’ publication, they remain influential in academic circles as well as popular culture.

But when Liam Neeson first read the script for Kinsey, he noticed something about the project that played a bigger role than historical significance or contemporary relevance in convincing him to sign on for the title role.

“It was terribly, terribly, good,” Neeson says. He expected no less from writer-director Bill Condon, whose Gods and Monsters he had championed as a jurist at the Deauville Film Festival. That film earned Condon an Academy Award for Best Adapted Screenplay.

Neeson found Kinsey a compelling character. “He was a very interesting man in a controversial field of human sexuality. I thought the tension the screenplay brought out between the man’s personal life and this incredible project that he mounted was wonderful. And through it all was this extraordinary marriage that he and his wife had. It was kind of his foundation stone really, the stability of that relationship.”

Helping in portraying that relationship was the fact that Kinsey’s wife of 35 years, Clara, was played by a performer Neeson knew and admired.

“Laura Linney is a great actress, and I use the word great sparingly,” Neeson says. They have worked together before in film (Love Actually) and on Broadway (The Crucible). “She’s a personal friend of my wife and myself. We don’t analyze our relationship when we work. I liken it to a dance. We just start dancing. She moves one way, and I move the other. I’m a big believer if a door doesn’t creak you don’t have to oil it. We have a special relationship and there’s never ever any battle of egos.”

In preparing for his role, Neeson studied biographical and archival sources. The preparation paid off. Hollywood insiders have pegged Neeson as a shoo-in for another Oscar nomination, following his 1993 nomination for his portrayal of Oskar Schindler in Schindler’s List.

“There’s a lot of literature on the man, ranging from very bad to very, very good,” Neeson says. “I read three biographies, including Jonathan Gathorn-Hardy’s Sex: The Measure of All Things, a really fine biography. I kept delving into that. Bill’s assistant sent me a box of articles relating to sex therapy and to Kinsey. The Kinsey Institute for Research Into Sex, Gender, and Reproduction in Bloomington, Ind., was a great help. They showed me film footage of Kinsey and played an audiotape from a lecture he gave.”

Neeson does not attempt an impersonation, but he tries to capture some of Kinsey’s distinctive qualities.

“I’m Irish and I’m playing an American, so a certain amount of effort went into catching the cadences of how he spoke,” Neeson says. “I look nothing like the man. He was a quite heavyset, jowly sort of man. I find that if I try to put on weight I just look stronger, so I did the opposite. I dropped a few pounds to look a bit more fragile. He had a very pronounced hairstyle, described as kind of like a wheat field.”

Neeson also realized the importance of conveying Kinsey’s enthusiasm for his work.

“A big key for me was listening to an audiotape of his lecture, bearing in mind he was dead a year after he spoke,” Neeson says. “He starts off very, very fragile — you hear it in his voice — and once he gets into his subject matter, he’s incredibly clear and strong. That was a real insight for me, just how much he loved his research, how much he loved disseminating knowledge.”

That realization hit home for Neeson.

“I’m from a family of teachers and I trained to be a teacher many years ago, so I get a thrill now through the experience,” he says.

And the professor continues to teach.

“This project taught me a little more about respecting other people, and that was Kinsey’s big flame that he wanted to carry.”

Famously, Kinsey once said, “Everybody’s sin is nobody’s sin, and everybody’s crime is no crime at all,” a statement that remains controversial and timely nearly 50 years after the death of the man who made it.