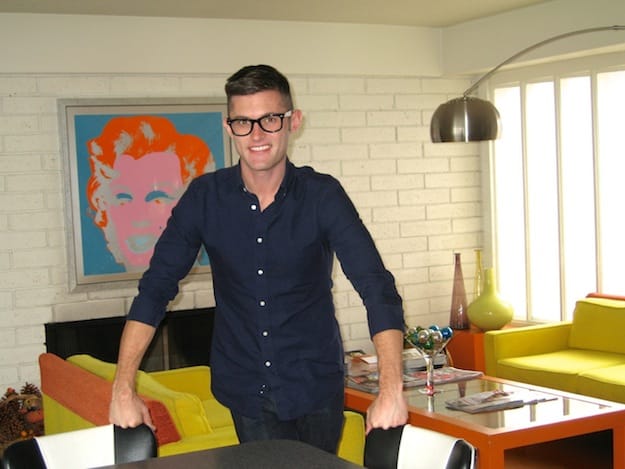 The scenario is becoming more commonplace.

Even with the conveniences of technology, visitors to Palm Springs looking to experience the city from the cozy confines of a small, boutique hotel are booking their room en route to the desert destination.

They have already visited the Small Hotels of Palm Springs (SHoPS) website, but upon calling find their choice is booked. Thanks to a email loop shared by SHoPS members where room availabilities are posted, the general manager with the 'no vacancy' sign can immediately offer the caller another boutique hotel with an available room.

It's just one example of the networking that makes SHoPS unique to the small business arena where it's usually more about competition than cooperation.

"I think it's safe to say that our association is a viable extension of what our hotels offer and without it we would probably be struggling on our own," said Jay Ramstead, who created the website when SHoPS was founded in 2004.

Finding Their Voice
Ramstead said the catalyst for SHoPS came a few years earlier from Frank Tysen, owner of Casa Cody Inn in Palm Springs, who began advocating that small hotel owners needed to band together to have a unified voice in city issues. For a time, the small hotels were members of the Palm Springs Hospitality Association.

"But small hotels weren't really represented in that group," Ramstead said. "The timing was right to do our own."

The SHoPS website became the group's first initiative, leading to the formation of a board that meets monthly to consider sharing services or marketing opportunities. The political aspect of the group has come back into focus in recent years with the recent Measure J proposition passing and the prospect of a downtown hotel being built.

"Because we've done well, that's given us street credibility and people do care if we endorse them," Ramstead said.

When he first became general manager at The Movie Colony Hotel three years ago, Cooper wasn't sure why he was writing a dues check to Ramstead until he attended a SHoPS meeting.

"What I heard was shop talk that I didn't think existed, that people were sharing from hotel to hotel," Cooper said. "In these small properties, you don't have an assistant general manager to share information with. It's just you. The talk can be things very hotel-focused to things going on in the city."

Valued Input
Cooper is closing in on his first year as president of the nine-member SHoPS board, and he is also one of its younger members at 30. However, he said he has always felt his input was valued among veterans on the board.

"I never felt I was looked down upon for being less informed," Cooper said. "I had no problem asking, 'Forgive me if you have covered this before or I hate to sound dumb' – all of those questions. It was great to know there is a community that is sharing information in a very generous and supportive way."

Ramstead agreed SHoPS has been "an interesting evolution" that will continue to change as some of the veteran small hotel owners begin to retire and new ones come in.

"This is a way to take our type of hotels and really bring our resources together to pull as much weight as some of the larger properties do," Cooper added.