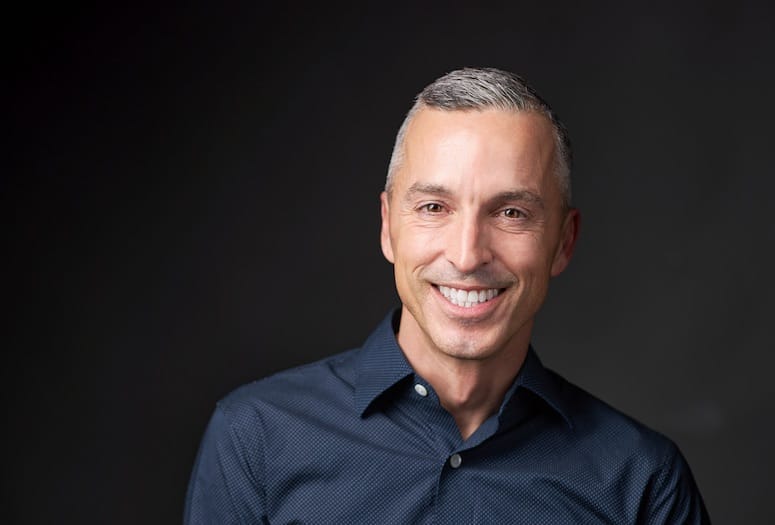 Rob Wheeler: "As a leader in the movement, it is important for me to really deeply understand what folks are facing, where they find joy, and what are the challenges that we need support in."
PHOTOGRAPHS COURTESY LGBTQ COMMUNITY CENTER OF THE DESERT

As the LGBTQ Community Center of The Desert expands its space and programming capabilities in Palm Springs and adds a physical presence in the East Valley with offices in Coachella, Rob Wheeler has been recently hired as the new executive director and CEO to bring the two entities together.

Wheeler has spent the last 22 years at the New York LGBTQ Community Center, including stints over the last 11 years as deputy executive director and chief operating officer.

“I think part of what my work in New York was, and it will be similar here, is bringing folks together and finding our commonalities and what we share, in order to find a way of how we can build community,” says Wheeler.

A native of the Pacific Northwest, Wheeler grew up in Portland, Oregon and lived in Seattle before making the move east. His connection to the desert came on visits dating back to the 1990s, and it was an interest in making his way back west that peaked his interest in the Palm Springs opportunity.

“When Kevin Chase Executive Search recruited me it was as if the stars aligned,” Wheeler says. “I think the biggest thing was seeing an opportunity to have an impact on the lives of LGBTQ folks. So much of my experience in the community center movement in New York feels really translatable here. I am observing similar patterns of agility, learning and process building, which signal to me that our center is accelerating into the future as a maturing, if not trailblazing LGBTQ community center and hub for our desert communities.”

Palm Springs Life chats more with Wheeler about the changes at the Palm Springs location, what the Coachella offices mean, and his role going forward. 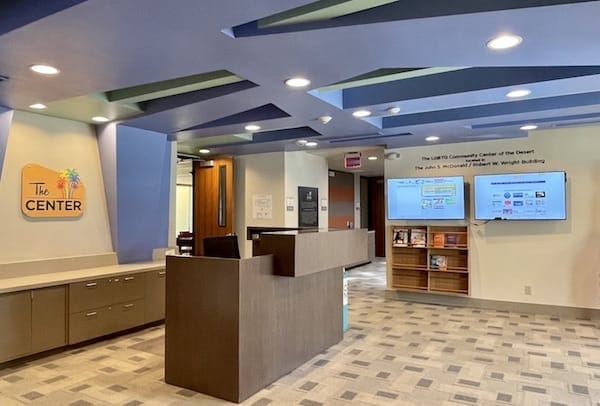 The new lobby at the LGBTQ Community Center of The Desert.

How do you feel about coming from a major metropolitan area to a tourist destination – how will your experience help you make that transition?

People are coming at different stages in their lives to find something new, to connect with others in a different way. That feels really exciting to me.

What parallels and differences do you see between the gay community in NY and the one here?

I think that one of the big differences to start is just the scale and size. This is a much smaller version compared with the community in New York, but the similarities, there are so many. New York's LGBTQ community is incredibly diverse. People come with all different types of life experiences. There's also some of the challenges of the influx of new people, and what does that mean for queer people of color, for Indigenous folks, thinking about just the economies of our cities. I think about the desert in a really broad way. Palm Springs can sometimes feel a little Manhattan-like. And then some of the areas surrounding the community, surrounding Palm Springs, have a little bit of a sense of disconnection.

What are your immediate goals in this position?

I think my immediate goals are to do a lot of listening. I am new to the area. As a leader in the movement, it is important for me to really deeply understand what folks are facing, where they find joy, and what are the challenges that we need support in. Secondary to that is finishing construction in our main space in Palm Springs. Also finishing our work at the Coachella space. Then safely opening the center in the midst of the pandemic with all of the challenges that we're all experiencing.

My goal is to get our space open and available to the community. We thought a lot about how we can take advantage of hybrid interaction. We've put Zoom rooms in our space that we can continue to engage with folks that may not be able to come directly to us. 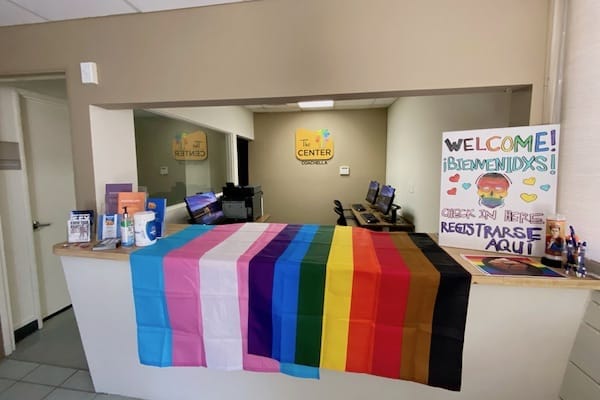 The reception area at the LGBTQ Community Center of the Desert in Coachella.

Tell us about the new space opening in Coachella, and what that means to the center’s mission?

It's a beautiful space in the old Coachella City Hall. We have several meeting rooms, and some office space for staff. With that location our programmatic presence is felt in the East Valley in a very real way. Having an actual physical presence in Coachella, where the community has in-person access, is wonderful. As an organization we did a lot of listening to build the space for the needs of the folks there; it has been a very community-driven space.

The space in the East Valley allows us to work in partnership with organizations, like Alianza, in a different way. There are a lot of opportunities and with the center, physically being there, people can now get to us much easier. I'm excited to spend some of my time meeting Coachella.

Tell us about the changes going on at the Palm Springs building, and what people will see when they walk in now that wasn’t there before the shutdown, and what that means to the center’s abilities to serve the community.

What people will see is a lot more space. We have renovated the building; The center now occupies the entire building rather than just the third floor. Folks also will see a lighter and brighter building. There's exterior renovation happening with the outdoor walkways, the railings. We're replacing the stair system. I think that they will see greater accessibility, more space for both our programming that we're producing in partnership with others, with the community. There will be more space for community use. 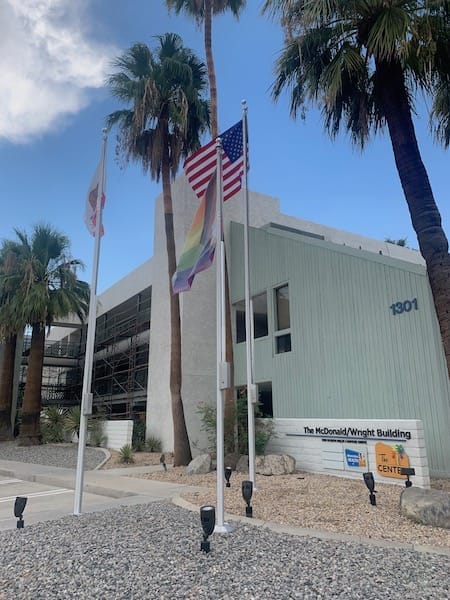 The LGBTQ Center in Palm Springs will occupy the entire building on Palm Canyon Drive.

For LGBTQ people moving to the Coachella Valley, what role do you see the center potentially playing in becoming residents here?

The center is the LGBTQ organization in the desert. We work to support folks along their journey, wherever they are. We offer a lot to folks who are moving here, no matter their age, their economic status, where they might be coming from, whether they're looking to connect socially, make friends, get support, maybe they have something specific that they need some support around in a counseling framework. We are there for them.

The other piece is our ability to offer referrals. The staff and the team at the center really have a deep understanding of the desert and the resources that are available here. I'm excited to build our referral program, and ensure that whatever it is that someone might need reaching out to the center, they will be able to not only support them, but also refer them to the resources that they need.

I'm deeply excited to be here. I think a big part of my responsibility is to bridge a number of different worlds here. And I look at it through an intergenerational lens, but I also look at it through an economic lens. I think that there's a robust community of folks who have grown up here who consider themselves local. Many are folks of color, Indigenous backgrounds. And I want to make sure that in our work that those folks are a part of the conversation and that we're all talking in community as community about how we support one another and how we build a vibrant Palm Springs Desert, East Coachella Valley, and sort of bring us all together on the same page.