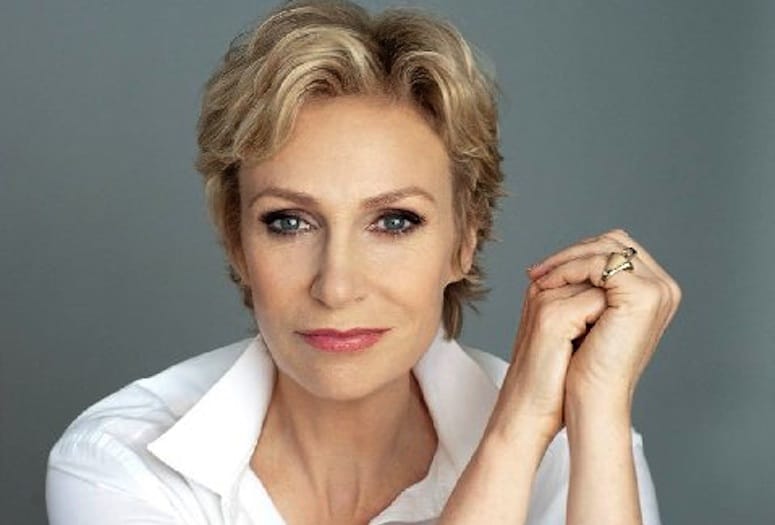 The actress who brought a feisty, rambunctious rancor to the character Sue Sylvester, says the show ended in 2015 at the right time.

“I don’t miss being on Glee,” says Lynch. “It was a perfect moment in time. I have so many terrific memories. It was a groundbreaking show and I got to be a part of it. It doesn’t get better than that. I do miss wearing basically the same comfy outfit everyday.”

Lynch has hardly disappeared since Glee’s departure; look for her this season on Criminal Minds, reprising the role as Spencer Reid’s mother. Desert devotees of Lynch will get a chance to see her theatrical side Oct. 29 at McCallum Theatre in “See Jane Sing.” The performance engages audiences in an evening of banter and comedy during Lynch’s exploration of show tunes and American standards.

Seems she likes us as much as we like her. “I love the heat, the landscape, the architecture, I love Palm Springs and the kitschy shops, the art galleries, the food. I could go on and on,” she says in an email exchange in which she discussed her upcoming appearance on Criminal Minds and social media.

We wondered about her lengthy absence from the show, and how she could make the transition back seem seamless. Apparently, we rattled her cage a bit.

“I don’t think about things like making it seamless,” she says. “That would take me so outside of the process and the fun! …[T]hey deemed my relationship with Reid one compelling enough to want to revisit us in this, their final season. I’m look forward to stepping back into the shoes of this woman. I assume it will be seamless. “Gosh, I hope it will be seamless. Now look what you’ve done, you’ve got me all worried.”

As one of the celebs who has participated in the Jimmy Kimmel Live! bit “Mean Tweets,” she was happy to discuss her thoughts about being a social media presence, its benefits and its perils.

“I just remind myself to take nothing personally,” she says with admirable perspective. “And that includes the praise. Social media creates a false sense of intimacy. I stick to using it for promoting stuff I’m doing, promote stuff pals are doing, satisfying the Twitterverse’s desire to know what’s been going on with my dogs … those sorts of things and it’s really fabulous for that. I don’t have relationships or expect to have meaningful encounters on social media. I also try not to check it more than once, twice a day tops. Leave it be. It’s not going anywhere.”