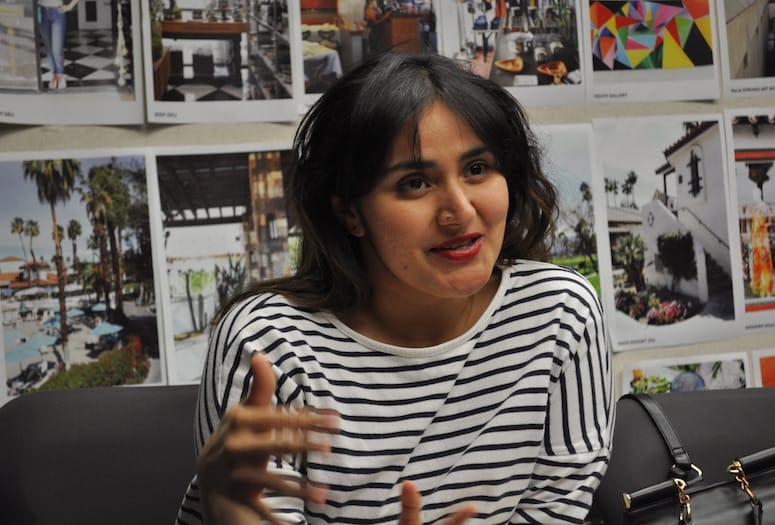 Liliana Rodriguez, who heads the Palm Springs International ShortFest, "It has such a cool energy. ShortFest is like our little baby, you know?"
PHOTOGRAPHS BY JIM POWERS

At last year’s Palm Springs International ShortFest, chairman of the board Harold Matzner made a point of publicly commending Liliana Rodriguez, who had just taken over as director. The man who has been so influential in making the Palm Springs International Film Festival such a success heaped praise on the Indio native, who started as an intern at PSIFF just after graduating from college.

And yet just a year earlier when Matzner approached Rodriguez about the job, she was the one with the question, not him.

"So for me, the best movies are the ones where I can see the filmmakers’ souls."Liliana Rodriguez 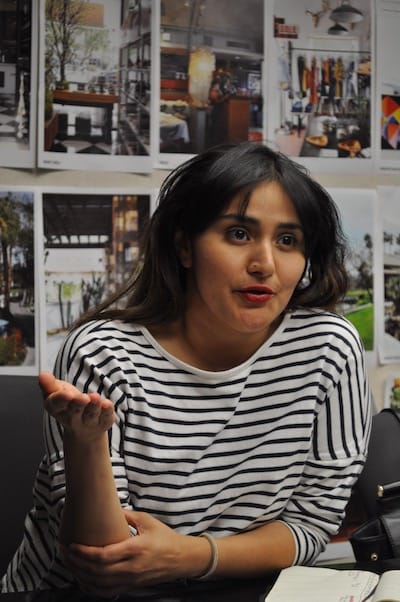 A year under her belt, Rodriguez is fulfilling the potential that Matzner saw in her. This year’s ShortFest took in 5,300 submissions (that’s 1,200 more than last year) and Rodriguez was part of the team to pare that number down to 330 films screening June 19–24 at the Palm Springs Cultural Center.

“I want ShortFest to be the premiere film festival in the United States,” she says. “Right now, it’s one of the biggest, but I want this to be the place you go, not just to watch great films, but, as a filmmaker, you go and you’re meeting the top industry people.”

We chat with Rodriguez about the direction and growth she foresees for ShortFest.

"I’ve been told that filmmakers feel
re-energized (after attending ShortFest), like they want to go back and make movies, which is
the best." 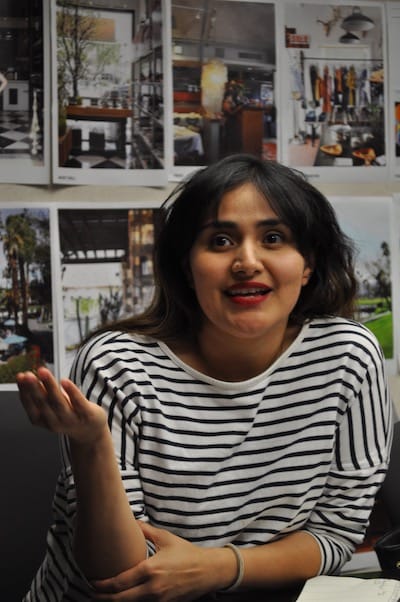 What was your perception of the director position, and how has that changed now that you’ve been at it for more than a year?
I’m lucky that I’ve had different directors [Darryl Macdonald, Kathleen McInnis, and Helen du Toit]. And I’ve always worked really closely with them, so I knew that it was a tough job. But because I’ve experienced it through them, I knew what to brace for. But I’m really, really lucky that we’re a strong team and everyone knows what they should be doing. And I completely trust that we’re all doing what we want to do, and I trust my team to have great ideas.

How have you sought to evolve the festival in the last year?
Last year, I realized that I really want to include more industry. We have a lot of filmmakers who come, but I feel like they want more time with industry. So this year we’re trying to incorporate more industry people. We never really had tablespace for companies, but this year we’re including that. That’s one of the biggest things that I wanted to focus on this year.

What do you like the most about ShortFest?
I like the energy. It’s really fun. We get around 600 industry and filmmakers combined who come to the festival for that week to watch movies, and our audience is so receptive. Palm Springs has one of the best, I think, more engaged audiences. We all love the January festival — it’s cool — but ShortFest is like our little baby. It’s the little sister, and I think there’s a really cool energy. The heat helps a little bit. Everyone’s a little bit too hot to be worried about, you know, what their makeup looks like. And it’s a really relaxed environment, it’s really open, there’s a lot of fun people. I’ve been told that filmmakers feel re-energized, like they want to go back and make movies, which is the best.

Have you ever created your own film?
No, I’m not a filmmaker. I’ve known from when I was very young that I like to consume stories, and I’ve never really had the need to tell a story, but I love taking everything in. And I’m very selfish that way.

What do you believe makes a great film?
I think production values come secondary to a strong story and good characters. This may be a little too abstract, but I think a good movie is one where you can tell that the filmmaker loves the story and didn’t just want to make a movie because they can make a movie. I think one of the biggest mistakes people make is making movies by the numbers — where it’s sleek, it’s really cool, it’s structurally exactly what you would see on the big screen, but you’re just copying everything. I don’t see your soul. So for me, the best movies are the ones where I can see the filmmakers’ souls.

Why should the general public attend ShortFest?
If you like movies, and you’re tired of going through your Netflix queue, come to ShortFest. The energy’s great, but the movies — we chose them, they’re very good movies. Every year, we have one or two that make it all the way to Oscar nominations. These are the people who are going to be making those movies that we love in the future years. And it’s also just fun. You get 70 to 90 minutes worth of movies. I would recommend they try something different, something they might not like.