Projected imports position the Coachella Valley as a distribution center 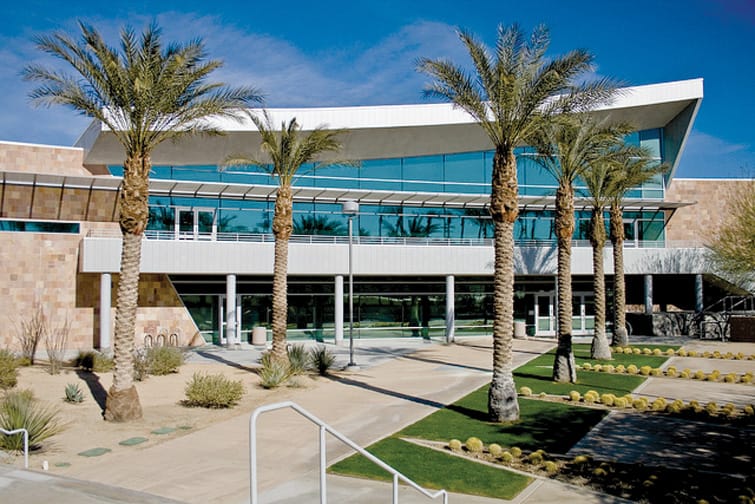 The Coachella Valley is poised to become an important distribution center for the more than 40 percent of imports that enter through the ports of Los Angeles and Long Beach. With available land along the Union Pacific Railroad and Interstate 10, a dedicated foreign trade zone, and a forward-looking interchange construction program, the region can handle traffic and distribution from the ports to the west and Mexico to the south — and that traffic is set to increase tremendously in the next few years.

The Port of Los Angeles is the busiest in the nation, followed closely by Long Beach and San Diego. All three are making improvements to handle more container traffic and New Panamax ships when deeper Panama Canal locks open in 2015. The ships hold more than twice as much as current ships, and will add to a projected tripling of cargo going through the ports and out to the rest of the country.

Highway 86 (dubbed the NAFTA Farm-to-Market Highway), the main entry for commercial trucks moving goods between the United States and Mexico, runs from Calexico through the east end of the Coachella Valley and connects with Interstate 10 in Indio. The I-10 trade corridor through the valley and out to the coast is already one of the nation’s busiest — and projected to grow 110 percent by 2030.

It all adds up to more trucks on the road, boxcars on the rails, air cargo in the skies — and big opportunities for handling goods in the Coachella Valley.

To help streamline commercial traffic through the San Gorgonio Pass, the Coachella Valley has invested more than $138 million to improve major interchanges. Another $64 million has been allocated for interchange projects in Palm Desert and Indio.

The fact that Southern California is a major rail hub offers another opportunity, connecting the Coachella Valley with the national rail network, six rail-truck intermodal facilities, and three major interstate highway corridors. The Union Pacific tracks are an important link in that chain, running more than 400 freight trains through the Coachella Valley each week. Local governments continue to work with the state and county to add regular passenger service to the mix.

Nearby Ontario International Airport is ideally positioned between three major freeways, and has recently expanded its air cargo facilities.

OPPORTUNITY IN THE FOREIGN TRADE ZONE
The Coachella Valley’s foreign trade zone covers more than 900 acres surrounding Palm Springs International Airport and the county is working to establish a second zone that would include the other valley cities. Zone benefits include allowing manufacturers to defer, reduce, or eliminate customs duties, committed public-private partnerships, access to world markets, and an unbeatable lifestyle. Named one of the “Top 10 Stress-Free Airports” by SmarterTravel.com, Palm Springs International has become known for its elegant indoor-outdoor design and attention to passenger comfort.

WORKFORCE DEVELOPMENT
The University of California Riverside campus in Palm Desert has created a new program that offers a professional certificate in purchasing, logistics, and supply chain management, aimed at professionals and those new to management or supervisory jobs in the field.