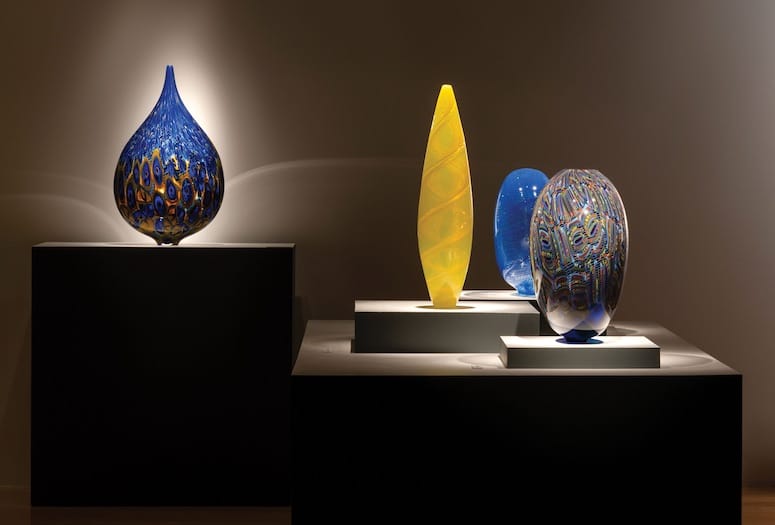 Lino Tagliapietra, widely regarded as the greatest glass blower in the world, has opened his second solo exhibition at Palm Springs Art Museum —  a more intimate affair than his 2009 retrospective, yet equally sensitive to the 85-year-old Murano artist’s decades of innovation.

Lino Tagliapietra: Il Deserto Fiorito, continuing through April 12, includes more than 30 glass objects created over the past 15 years — colorful vessels, sculptures, and installations reflecting his range of techniques (blowing, carving, layering, casing, and caning) and inventive of forms and patterns. 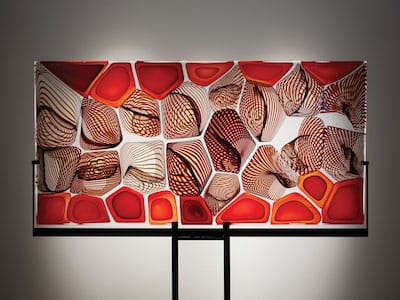 Tagliapietra was 6 years old when he was introduced to glassblowing, 11 when he began an apprenticeship, and 21 when he was bestowed the designation of “maestro.” In 1979, when he was 45, he made his first and fateful trip to the Pilchuck School of Glass near Seattle, where he would eventually live part-time and become a revered teacher.

“Glass is a culture, a tradition dating back thousands of years,” he told Palm Springs Life on the occasion of his retrospective. “But what’s most important is that there’s spirit in the works — an expression, in colors and shapes, of what the artist feels in the moment.”

At Pilchuck, he collaborated with top artists, including Dale Chihuly and Dan Dailey, influenced emerging practitioners of the craft, and ultimately reshaped the field of studio glass art in the United States. His work is in collections from San Francisco’s De Young Museum to New York City’s Metropolitan Museum of Art. 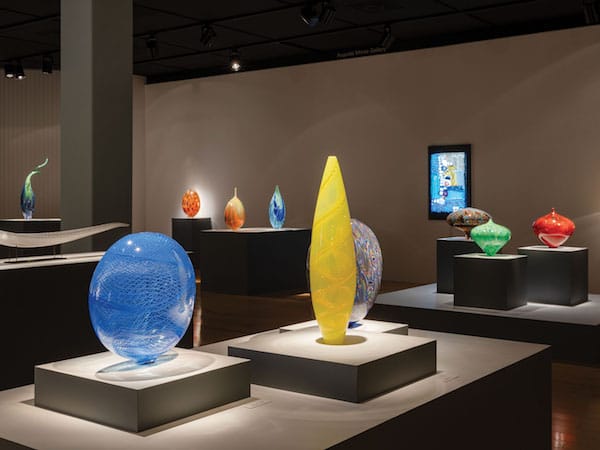 • READ NEXT: Artist Jim Isermann Has Powered His Inventive Work With the Colors and Contours of Midcentury Design.