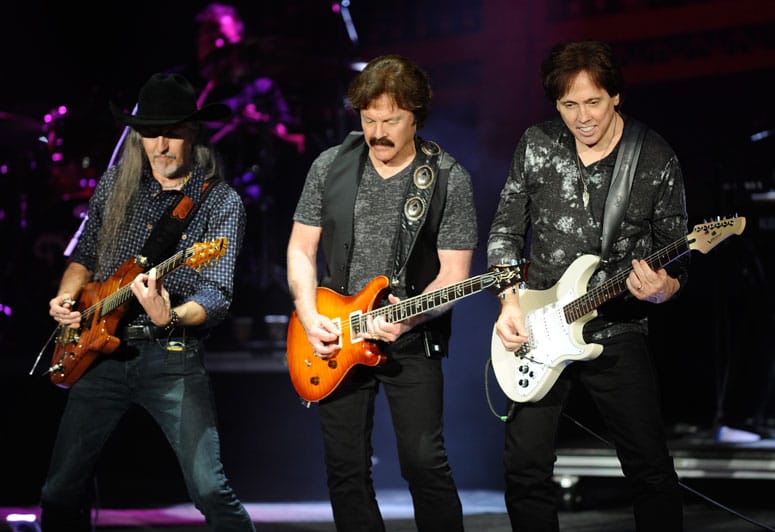 Tom Johnston (center), a founding member of The Doobie Brothers, says audiences still connect to their songs on a personal level.
PHOTO BY KELLY A. SWIFT

The Doobie Brothers seem to be as popular today as they were during their 1970s heyday, and founding guitarist/vocalist Tom Johnston has a theory as to why that’s the case: It’s all about connecting with people.

“That [decade] was the zenith of our career, and we were everywhere,” says Johnston. But the appeal of the band’s music hasn’t fizzled and their performances are still packed. “One of the reasons is we always put on a good show. And people always come back and tell you that afterward — that they can identify with a lot of the music on a personal level. I’m always gratified to see how many people are there at every place we’ve been going to.”

The Doobie Brothers will perform Aug. 18 at Fantasy Springs Resort Casino in Indio. Palm Springs Life chats with Johnston about the inspiration behind The Doobie Brothers’ signature singalong harmonies, why the song “Listen to the Music” is as poignant as ever, and the deep investment their fans have with their music.

Palm Springs Life: Coming from the Bay Area, you guys were influenced by Moby Grape, one of the great, underrated San Francisco bands of the late ’60s. I’d say the multipart harmony style you guys displayed on your early records came from that influence, in addition to your own sensibilities about song structure. 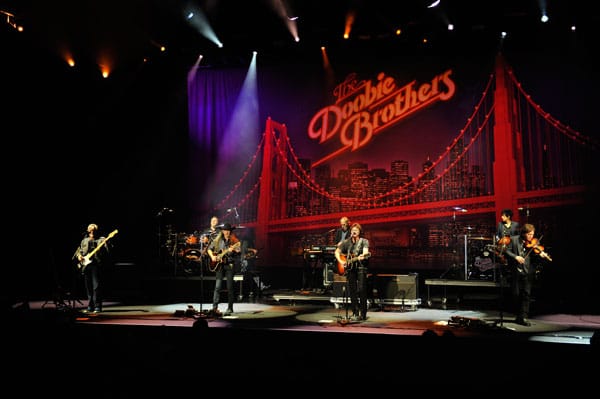 PHOTO BY KELLY A. SWIFT
Tom Johnston says one of the keys to The Doobie Brothers’ songs remaining popular is you can sing to them.

Tom Johnston: Oh, they probably did. And not just [an influence on] me. Moby Grape would also be an influence on Pat [Simmons, the Doobies’ other primary guitarist and vocalist] and John Hartman [the Doobies’ founding drummer]. Moby Grape had a short lifespan, but they had a big impact on a lot of people. Plus, we knew the band, so we hung around them a little bit.

Finding those harmonies is how we worked out stuff. We’d try it out and add it to whatever songs we were writing. It was part of the sound. And the sound of the band, of course, is a conglomerate — and it still is — of blues, rock ’n’ roll, and real R&B, as well as fingerpicking, folk, and even a little country. Especially with John [McFee, lead guitarist] in the mix, because that’s what he was doing when he was growing up. John grew up in the same place I did, and then I moved up to San Jose when I went to San Jose State. That’s when I ran into the rest of those guys.

PSL: That early Doobies sound came out of your Gibson J-50 acoustic, which was your main songwriting guitar.

PSL: Aww, man! That’s a bummer. That’s literally the guitar you composed “Listen to the Music” on.

TJ: It was a bummer. Everything I ever did with the band was cut on that thing — up to that point, anyway. Well, that, and the 1970 Les Paul I had. 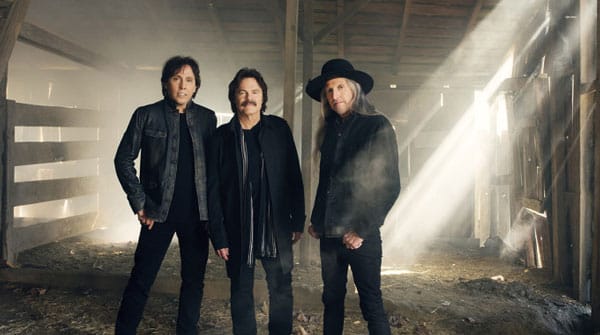 PSL: If ever there was a time to embrace the message of a song like “Listen to the Music,” a longtime Doobies concert favorite, originally from 1972’s Toulouse Street, 2017 seems to be the perfect time.

TJ: It’s getting pretty crazy out there, isn’t it?

PSL: “Listen to the Music” is one of those universally tangible songs. How do you define its message?

TJ: Well, that’s the idea behind music, period. That’s really what the song is about — let’s all just listen to the music and get past our personal hang-ups, ego trips, and any kind of friction we have. Let’s just sit down, mellow out, and listen to music as a communication source, if you will. Perhaps things would come down a few notches from where we are right now, which is getting pretty … (slight pause) strident.

PSL: You and The Doobie Brothers are more than 45 years into your career and there doesn’t seem to be an end in sight. Why do you think you touch so many people?

TJ: To me, it’s always about the songs. It’s the “Listen to the Music” kind of thing, or it could be what you get from “Another Park, Another Sunday” or “Black Water” [both from 1974’s What Were Once Vices Are Now Habits], or “Long Train Runnin’ ” [from 1973’s The Captain and Me]. I’ve had people come up and tell me from a personal point of view that our songs got them through the Vietnam War, or they got them through a parting period or some romantic entanglement in their life. I’ve heard just about everything you can think of. The whole point being they can relate to the songs as a part of their life, so it means something to them when they hear them.

And the other thing I would say is, people can sing along with them. The songs have words that are completely understood, and people enjoy singing along to them. And with the anthemic kind of songs — when we do “Listen to the Music” or “Black Water” live, for instance — you’ve got the whole place singing them, and they sing them loud.

PSL: It must feel good to get that kind of response every night.

TJ: It does. It’s very gratifying. And that’s been going on for … (laughs) forever.