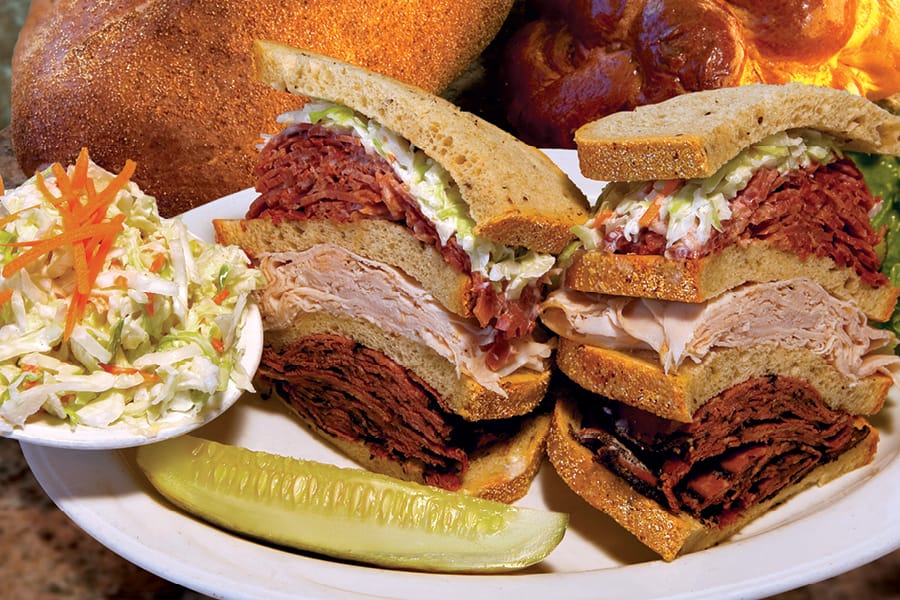 Named Restaurant of the Year and voted No. 1 Sandwich in the Desert by the California State Senate and Assembly, the Supervisors of Riverside County, and the Palm Springs Chamber of Commerce and featured in 2017 on Diners, Drive-Ins and Dives, the family-owned hot spot originated when Wisconsin native Sherman Harris moved in the 1950s to Palm Springs.

By 1980, Harris had five delis of his own that had become a regular hangout for more than a few celebrities, including Frank Sinatra, Red Skelton, Zsa Zsa Gabor, and Rita Hayworth. Now run by his son Sam Harris and daughter Janet Harris, Sherman’s two valley outposts celebrate what the founder started: a strong sense of community and a focus on simply delicious food.

RETURN TO THE GUIDE OFFERS