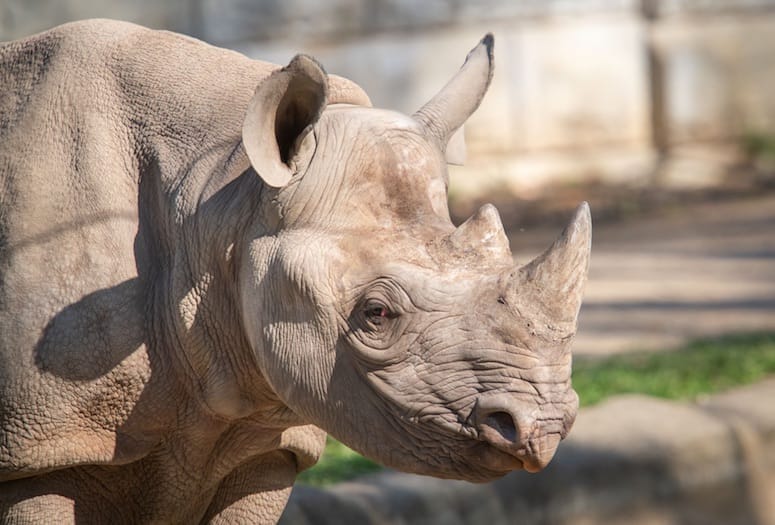 Timing is everything. The Living Desert Zoo and Gardens is marking World Rhino Day on Sept. 22 with a little rhino news of its own. The Palm Desert attraction will open a new Rhino Savanna habitat on Nov. 12 with a pair of African black rhinos, Jaali and Nia, along with 12 other African species.

World Rhino Day celebrates the five species of rhinos and encourages advocacy and awareness of the threats they face. Currently listed as Critically Endangered by the IUCN (International Union for Conservation of Nature), black rhino numbers are staggeringly low with only 5,600 in Africa. Black rhinos’ main threats are humans, and in particular, the rampant poaching of their horns for ill-perceived medicinal cures. 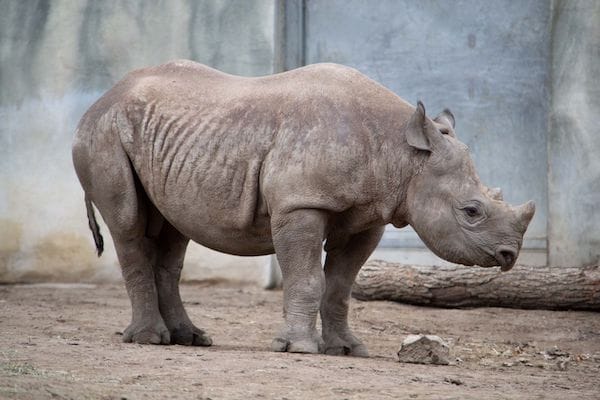 Jai is a nearly two-year-old eastern black rhino.
“Rhino horn is made of nothing more than keratin – the same material that makes up our hair and fingernails. The United States has the dubious honor of being one of the top three consumers of rhino horn,” noted Dr. James Danoff-Burg, director of conservation.

“Rhinos are iconic symbols of the wildlife trafficking crisis, and this new habitat will help us educate our guests about the plight of the rhino and allow us to continue our efforts protecting the black rhino in Africa.”

The Living Desert participates in several conservation initiatives that support black rhinos in Eastern and Southern Africa. Actively partnering with organizations to support innovative anti-poaching efforts, engage in community education and empowerment programs, and combat illegal wildlife trafficking across both Africa and here at home.

The new four-acre Rhino Savanna will showcase many of Africa’s iconic species, with the black rhinos taking centerstage. Joining Jaali and Nia will be a variety of African antelope including klipspringer, springbok, and waterbuck, along with cape vultures, and the most peculiar of species – naked mole rats. Also set to debut is the new Animal Care and Nutrition Center and Crash Café.

Jaali (pronounced Jolly), a nearly two-year-old eastern black rhino will be arriving from the Potter Park Zoo in Lansing, Michigan, and 3-year-old Nia (pronounced Ny-a) will come from the Cleveland Metroparks Zoo in Cleveland, Ohio. Their arrivals are based on the Association of Zoos and Aquariums’ (AZA) Species Survival Plan (SSP) breeding recommendations that were set earlier this year.