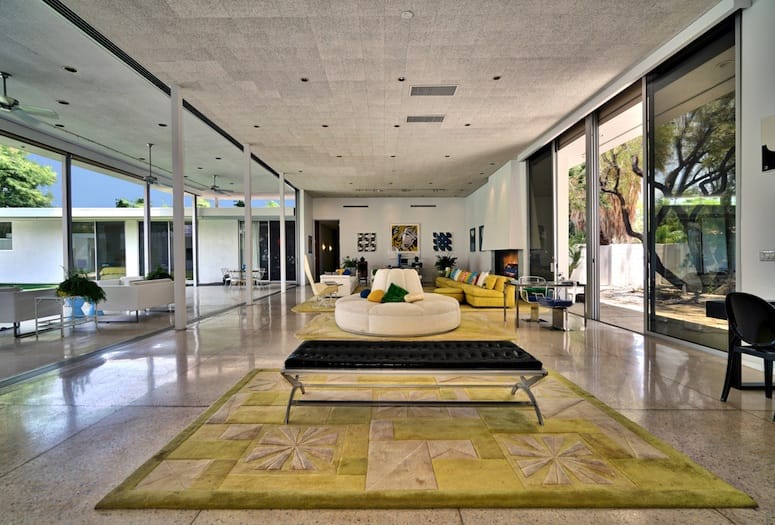 The living room is 60 feet long and the terrazzo floor is original. The couch was designed by Arthur Elrod.
PHOTOS COURTESY OF THE AGENCY

It’s safe to say that architect Howard Lapham, who moved to the desert in 1954, was someone who thought big. Among his projects were a large home in Rancho Mirage for Hyatt von Dehn, founder of the Hyatt House hotel chain, and the 11,000-square-foot Cook residence in Thunderbird Heights.

The latter is better known today as the home of interior designer Michael S. Smith and his partner, James Costos, the former U.S. ambassador to Spain and Andorra — as well as a vacation retreat for their frequent house guests, Barack and Michelle Obama.

Lapham sometimes worked on a smaller scale, including a 1959 facade renovation for the Chi Chi nightclub and the 1966 design of Lord Fletcher’s English Pub in Rancho Mirage.

Another of Lapham’s large-scale projects was 650 Tachevah Drive in Palm Springs. Located in the Movie Colony neighborhood and built in 1966, the nine-bedroom, 12-bath home is currently on the market for $4,400,000.

“In the living room, there are floor-to-ceiling walls of glass [that are] 13-feet high and the room is 60 feet by 23 feet — most midcentury modern homes are nowhere near those dimensions,” says Mike Patakas of The Agency, who is co-agent for the listing. 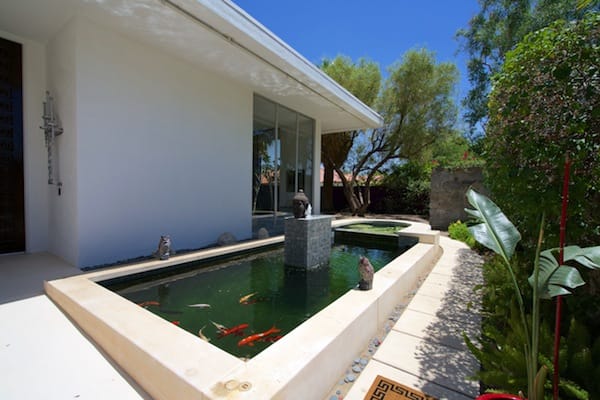 “The [Mayan-inspired] entry doors are 14-feet tall,” he adds. (Lapham was an admirer of Frank Lloyd Wright and often created his own take on Mayan Revival style.) “Where are any midcentury builds in Palm Springs, let alone the Coachella Valley, with 9,400 square feet? The original owner developed country clubs, so we think ideas [for the] space were taken from that background.”

The home is fronted by a massive rock wall and there’s a large koi pond in the entry courtyard. A covered patio off the living room is accessed by fully retractable sliding doors for the indoor-outdoor experience desert dwellers crave. The backyard features a 50-foot pool, a fountain, and citrus trees — and several rooms in the house have their own patios.

“The owners have maintained the property and are dedicated to keeping the period’s intentions,” says Patakas. “[The interior design is] vibrant, eclectic, unique, and vintage. The missus is a fashion designer and she had a classic, but bright color palette in her look. There are a lot of Arthur Elrod furnishings, as well as Karl Springer. Every single room is a different color choice.” 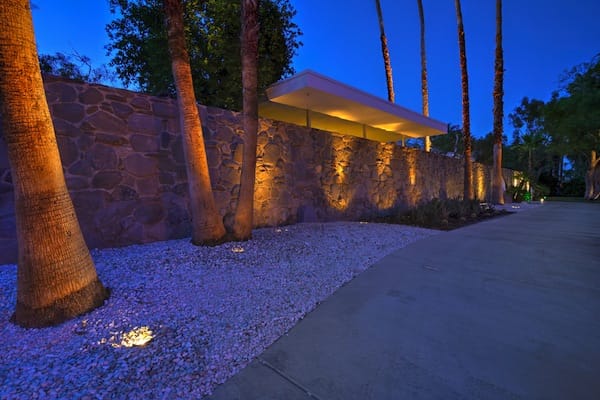 “The massive rock wall is [the home’s] most recognizable exterior feature,” says co–listing agent Mike Patakas. “People are always wondering what the house is like behind it.” 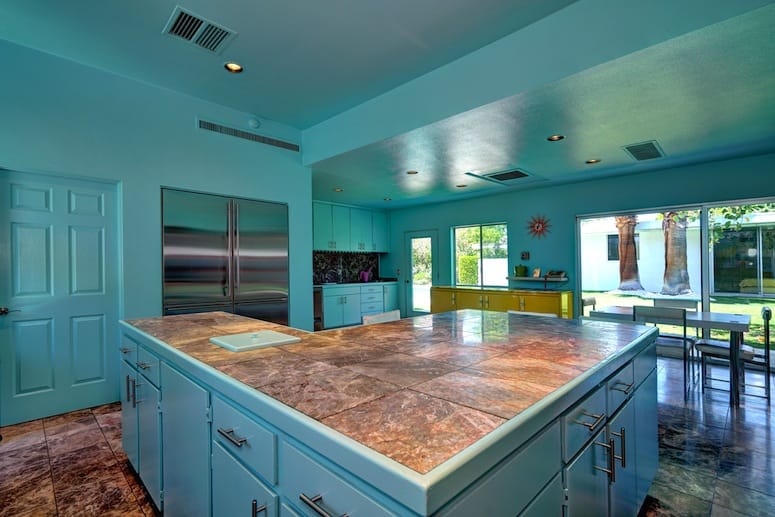 The chef’s kitchen includes two dishwashers, three refrigerators, an indoor grill, and two prep sinks — one inside the house and another outside on the patio off the kitchen. 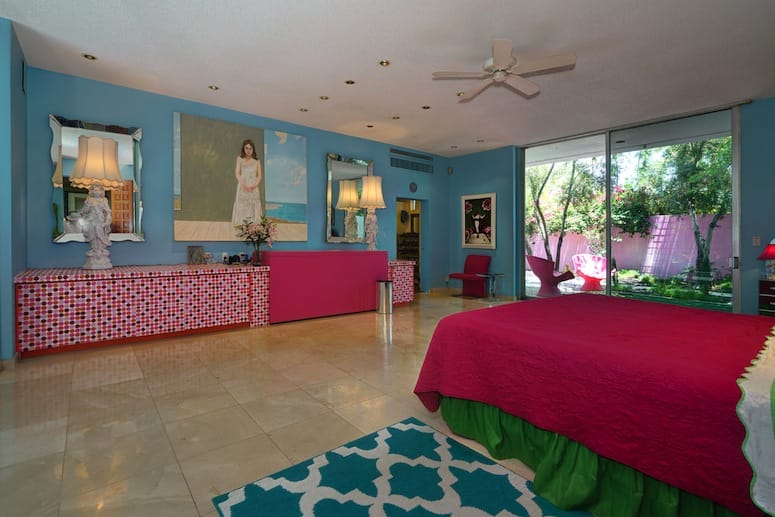 A bright color palette was used throughout the house and each room has its own color scheme, including the master bedroom. 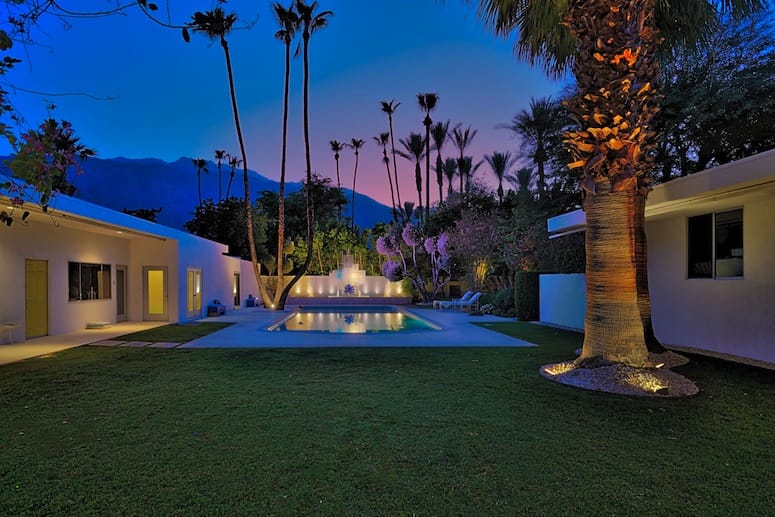 A 50-foot-long pool is surrounded by trees and a large lawn. The property also has a detached two-bedroom guesthouse.