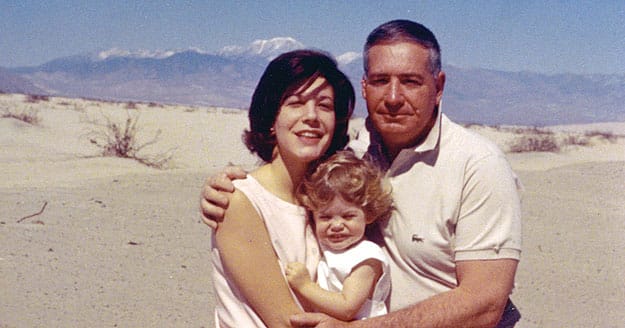 Wallis Annenberg, daughter of the late Walter Annenberg, learned much from her father about philanthropy, art, and world issues. That upbringing guides her as chairman of the board, president, and CEO of the Annenberg Foundation.

Wallis Annenberg’s particular interest in photography is reflected not only in her personal art collection, but also in The Annenberg Space for Photography, which opened on March 27, 2009, on Avenue of the Stars in Los Angeles, the city where she maintains her primarily residence.

One of her current works-in-progress is the Wallis Annenberg Center for the Performing Arts, projected to open in fall 2013. The landmark Beverly Hills Post Office is being restored and adapted to encompass a theater school, 150-seat studio theater/lecture and rehearsal hall, sculpture garden, café, and gift shop. An adjoining building will house the 500-seat Goldsmith Theater.

Wallis Annenberg also has been involved in the creation of The Annenberg Retreat at Sunnylands, the Rancho Mirage estate of Walter and Leonore Annenberg. Here, she talks about Sunnylands and growing up in an environment that inspired working toward the greater good.

Did your father discuss with you his and Leonore’s desire to leave a legacy of advancing world peace, global leadership, and education?

I was actually very fortunate to grow up in a family where philanthropy was almost like flossing your teeth. It was unspoken. We had so many opportunities; we had so much given to us. And rather than lecture us about our obligation to give back, my father simply modeled it for us. It was bred into me, really; and I’ve tried to do the same for my children. There’s so much joy in making a small difference, in doing the kind of thing that I believe the Annenberg Foundation does well: finding innovators, people who are looking at our social problems in a whole new way, and helping to fund them, to spread the word, to get others to notice and copy them. From an early age, I’ve felt very lucky to be able to help, to be engaged at all in these causes. I saw it in action; I didn’t have to be told.

How do you feel about the way their desires are being carried forward?

One of the reasons the Annenberg Foundation had such a strong focus on global communication is that my father dedicated so much of his life to it as a publisher, as a diplomat. Naturally, he felt he was most qualified to make a difference in an area he knew something about. Our foundation hasn’t funded many particle accelerators — not that I’m knocking them! You do what you know. And, fortu-nately for me, I was raised with that notion. So while the Annenberg Foundation is still centered on global communication, I’ve put an emphasis on some of the things that I have a great interest in personally, such as building community and communication through the arts and through photography, with the new Annenberg Space and the upcoming Performing Arts Center. My children, to the extent they’ve been involved, put their own stamp on it as well. I think my father would be gratified that we’ve all found our own paths to those fundamental and unchanging goals, because the best way to make a real difference is through your own heart.

Obviously, it has quite a different meaning to me, because I don’t live there. To my father, Sunnylands was above all a gathering place — and a truly extraordinary one. So much history took place there. President Nixon worked on assembling his first cabinet there. The sister and mother of the Shah of Iran took refuge there in the late 1970s. Monarchs from around the world, American presidents of both parties, top diplomats, the greatest artists and actors and musicians of their time — they all visited and interacted with one another.

But for me, on a more personal level? My favorite aspect of Sunnylands has always been its art collection. It helped spark my own passion for art — of all kinds and from all periods. The mix there is incredible — from bronzes by Rodin to paintings by Picasso and Andrew Wyeth to Mayan tomb statuary and Ming Dynasty enamels. Just as the parties and events there were built on conversation, Sunnylands was an artistic conversation as well, where different styles and centuries could talk to one another, rub off on one another, and interact with the landscape as well. It’s a collection that ought to be seen and enjoyed by as many people as possible. So I’m proudest that we can make that happen.

I recommended Fred for the Sunnylands project. I can say that the way we are approaching Sunnylands is very similar to the way I like to live myself. My Malibu home is, as much as possible, in harmony with the beach and water around it. It exists in a context — and a very remarkable, natural one. Similarly, Sunnylands has always been in harmony with its environment, and that’s how we wanted to approach any renovation and restoration. My family and countless guests have drawn inspiration from the desert, the gardens, the lakes all around it. It makes a lot of sense to do this restoration in an environmentally sensitive way and to use the new Annenberg Center to talk about the greener future we can all share as well.

What do you think people who did not know Walter and Leonore Annenberg will be surprised to see or learn when they visit Sunnylands?

I don’t think most people would assume that a publisher and diplomat and his wife from that era would have been such staunch environmentalists. But they were, before the term even had much resonance. In talking about the estate, my father once cited the ancient Chinese philosophy that “reverence for the landscape is the highest ideal of life.” Sunnylands embodies that idea. Thanks to a very clever landscape design, once you were inside these gates, you saw no trace of any nearby housing or any surrounding development — just lush, green lawns stretching to the desert in the east and the stunning San Jacinto Mountains in the west. Serenity, isolation, vastness of nature — all of that was built into Sunnylands. It’s an extraordinary piece of Earth, and the estate was designed to highlight it, to cherish it. That’s surprising for its time, I believe.

What do you foresee for Sunnylands in 10 years? In 50 years?

I hope in both 10 and 50 — and even 100 years — it will be the gathering place that it once was, but a very open and inclusive one: environmental workshops, conferences and events on all of the pressing causes to which the Annenbergs have dedicated themselves. We’ve gotten so much pleasure out of the place. Why not open it up to the world and pass it on, if you will?

What is your favorite memory of your father? What part of your personality most resembles his?

I can’t crystallize an extraordinary person like my father in one memory or anecdote. But he poured himself into everything he did. He tried to live with his whole heart, to put his passions into action. We’re quite different personalities. I could never be a public figure, for example; but I very much try to live out my beliefs and passions as well.

What aspect of Sunnylands makes you proudest?

Certainly the art is one aspect that means a lot to me. The environmental aspect as well. And the two connect so well and so powerfully. It’s living art, in a way — a true balance and harmony between what God has created and the extraordinary things that we have created. And that’s what life is all about, isn’t it?