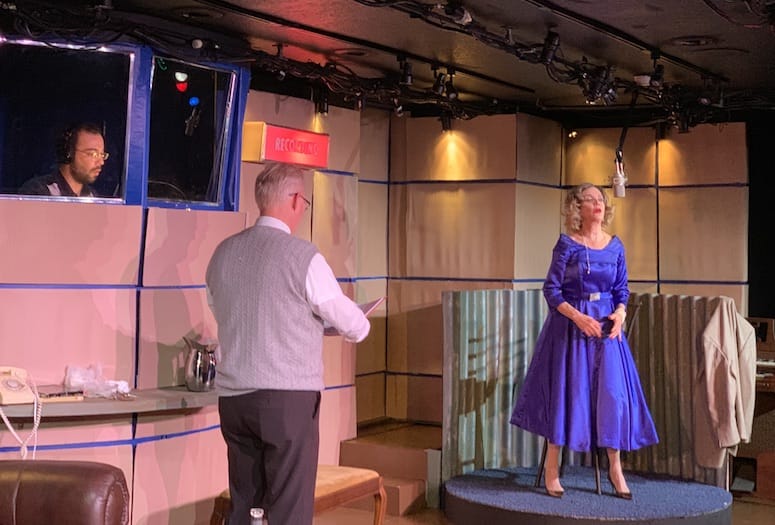 Plays about the goings-on behind the scenes of the motion picture industry are generally pretty scathing. Why do playwrights hate Hollywood? From David Rabe’s Hurlyburly and David Mamet’s Speed-the-Plow to Clifford Odets’ The Big Knife and George S. Kaufman and Moss Hart’s Once in a Lifetime, skewering the movie biz has long been a popular theme on the legitimate stage.

Thankfully, Looped is not one of those stories. Based on an actual incident with “a fair amount of artistic license” (according to writer Matthew Lombardo), this two-act, three-character dramedy is a one-of-a-kind bit of theatrical genius in which a fading film star is the devil, not Hollywood itself. And it’s delivered in a tremendous production at the Desert Rose Playhouse in Rancho Mirage.

The year is 1965. Tallulah Bankhead has completed what would be her final film, a British thriller titled Frantic (renamed Die! Die! My Darling! for American audiences). Tallulah, who by 1965 is considerably beyond her prime, has been called into the recording studio to re-record — or “loop” as they say in the biz — one line of dialogue that was obscured during filming. However, when Bankhead finally shows up, she’s drunk, belligerent, vulgar, and anything but a team player. It becomes obvious almost immediately that what should take mere minutes to accomplish will end up taking much longer. Possibly even forever.

Tallulah either can’t get the line right or doesn’t want to. Instead she wants to smoke, she wants a cocktail (or 10), and she wants to talk about her various successes, all of which frustrate Danny, the frumpish film editor who’s stuck overseeing this recording session after the sound editor walks out.

Along the way we get some pretty heavy backstory on the two principals. Tallulah, we learn early on, is plenty aware of her faded star, while Danny is hiding a deep secret. Despite a tenuous working relationship, the two actually discover some common ground in their afternoon together. 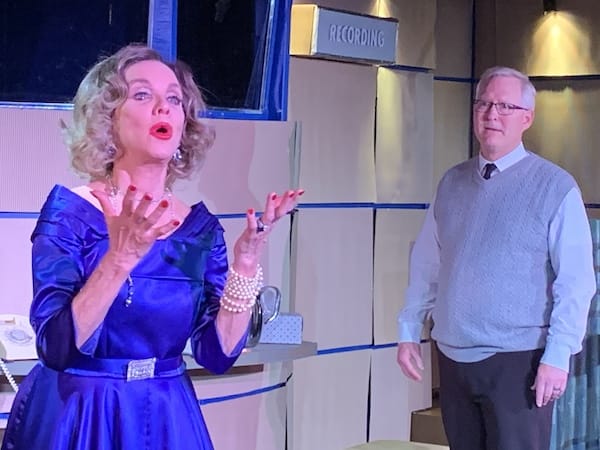 In a surprisingly honest moment, Tallulah opens up to Danny.

In the role of Tallulah, Judith Chapman — who soap opera fans will recognize from The Young and the Restless, As the World Turns, and General Hospital (among many other TV and stage credits) — is a revelation. You can’t take your eyes off her — nor do you want to. This is a truly remarkable performance. Rather than presenting us with a caricature — the sort of over-the-top drag queen version common with impersonations of Bette Davis, Judy Garland, Cher and others — Chapman expertly breathes real life into this larger-than-life figure. Despite the fact that most of the action in Looped is a result of the character’s misdeeds, Chapman’s Tallulah runs the gamut from wonderfully bitchy (When told her sister is on the phone and that she’s in trouble, Tallulah quips “The Salem Witch Trials are over. She’s safe.”) to self-actualized and even sympathetic (“I carried a burden of guilt with me for years until one day I realized — it was never mine to cart.”). The combined results are stupendous.

As Danny, Mark Fearnow’s characterization is initially so subtle that it takes a minute to realize this uptight, bookish editor has more going on than initially meets the eye. Cranky? Impatient? Yes. But as Fearnow peels back Danny’s layers, we become witness to a long-guarded secret presented in host of very real emotions that are masterfully presented. We may find Danny annoying when he first appears on stage, but by the time he exits we get him. And we feel for him. All of which are testaments to Fearnow’s performance.

Rounding out the cast is Miguel Arballo, who earns plenty of laughs as Steve, the ultra-deadpan sound engineer. Arballo takes a role that’s written with very little substance — we don’t get any sort of backstory on the character, even though he’s essentially the glue that holds the piece together — and makes him real. He’s the straight man, and he’s terrific.

Everything about this production is laudatory. Jim Strait’s direction is thoughtful and inventive. Even though the action takes place in one location, a run-down recording studio in L.A. — presented via a knockout set designed by Bruce Weber — Strait makes great use of the space and keeps the characters moving in a way that never feels claustrophobic or stuffy. 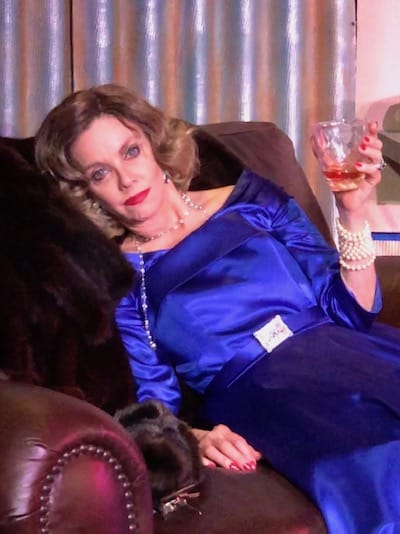 And the costumes by Ruth Braun and Robbie Wayne perfectly define the characters who don them. Who besides Tallulah Bankhead would show up for an afternoon recording session in an evening gown and fur coat? What else would a 1960s-era film editor wear but a bland suit with a sweater vest? All of the elements are at the very top of their game here, creating a wonderful evening of inventive, smartly written theater. Do. Not. Miss.

Looped runs through Feb. 10 at the Desert Rose Playhouse in Rancho Mirage. For tickets, visit desertroseplayhouse.org or call 760-202-3000.