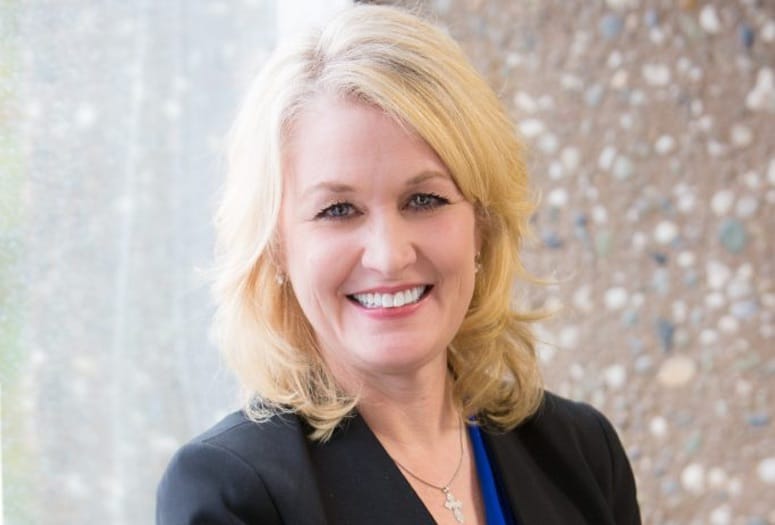 Lori Ajax: "There are growing pains for us regulators, too, because this is a whole new business and product we’re regulating."
PHOTOGRAPHS COURTESY PALM SPRINGS CULTURAL CENTER

In February of 2017, Lori Ajax was appointed to undertake a monumental task: head a new billion-dollar agency, the Bureau of Cannabis Control (BCC),
formed to oversee California’s legal cannabis market, the world’s largest.

It’s been a wild ride, building an agency from the ground up in preparation for Prop 64 going into effect. The many adjustments along the way have been challenging and rewarding for the former chief deputy director at the Department of Alcoholic Beverage Control. Ajax is happy with the progress made and optimistic about the future of cannabis in California.

This month she’ll give a keynote speech at the Palm Springs Cannabis Film Festival and Summit, which runs April 19–22. Ajax will speak at 10 a.m. on April 21 at Camelot Theatres. Palm Springs Life sat down with her and sparked up a conversation.

You’re giving a “state of cannabis speech” at the film festival.

Yeah, that’s the plan, unless you have a better idea. I don’t think they wanted me to talk about my knowledge of the film industry. (laughs) I’m gonna stick to what I know ... Yes, basically, what’s going on, what’s been happening in the last three months, and talking a little bit about the future and what we still see that we need to work on.

We’re not regulating cannabis tourism, but of course as part of our regulating the legal cannabis market, tourism is a big part of that ... We’re responsible for the retailers, and of course that feeds into tourism. For our preparation for the future we’re licensing people and really been focused on that and educating our consumers. Where to go to get legal cannabis, the benefits of legal cannabis — that it’s safe for consumption, that it’s been tested. Then I think it’s working with the cities and counties, because our retail locations are allowed to have consumption, but only if the local jurisdiction allows them to have that consumption on-site at a retail premises. So I think our responsibility is making sure the locals understand that role and assisting them in any way we can.

At a recent cannabis business summit in Desert Hot Springs, more than one speaker predicted that most currently licensed growers in California will be out of business by the end of the year. They cited supply that dwarfs demand in the state, the continued presence of the black market, and over-licensing. How does the BCC protect the industry and existing businesses?

That being said, we also have a black market out there that is continuing to operate. We focused the first three months on really educating ... making sure people understood they needed a license as of Jan. 1 if they’re conducting commercial cannabis activity. We still find as we call people that there’s a lot of confusion on that, but we really felt — at least for the first few months — that we wanted to make sure people understood that. We still have people that are working under the collective model, which they can do through Jan. 9, 2019. There is a lot of confusion out there. So what we started doing is sending letters to folks that we feel are maybe conducting commercial cannabis activity, telling them that they need to get a license. We’re also following up with phone calls … leading them in the direction of “This is how you apply for a license.” It’s important to get them the information, but you also need to follow that up with enforcement actions ... and with that, we can combat this black market.

What do you think is the biggest growing pain the industry is facing right now?

Growing pain No. 1 is having to be in compliance with not only the local, but with the state rules. I think it’s understanding that, learning that. That’s not easy, and our regulations — as I’ve told you — they’re going to change. We’re going to see some additions and, hopefully, it’s going to be good changes for the businesses. But that’s a lot for an industry. I mean, when you look at the BCC regulations alone, there are hundreds of pages. That’s a lot … and I think it’s us recognizing that and realizing that there’s going to be a transition period. I’d also like to say we’re just starting month four. There are growing pains for us regulators, too, because this is a whole new business and product we’re regulating.

"There is a lot of confusion out there. So what we started doing is sending letters to folks that we feel are maybe conducting commercial cannabis activity, telling them that they need to get a license."Lori Ajax

How do you think legalization is going compared to how it was planned?

I think it’s going well, based on how it could have gone. When you look at it — we’re at over 5,600 licenses statewide, and that’s with a lot of cities and counties not necessarily approving it. So just imagine what we would have if we had more cities and counties on board. But people have gotten their license, they’re conducting business, and consumers can get cannabis. I’m not going to tell you it’s perfect. We’re looking at what’s working, and what’s not. We have the ability to make changes with our final rulemaking. We’re going to be releasing those in the next couple of months.

Is there any concern that the federal government will really interfere with California cannabis?

I think it’s always a concern. I know it’s on my mind and at the Bureau. Any business out there that’s currently licensed or not, it probably is on their mind every day. But at the same time, I feel like — at least for those that are operating under local permits — I do feel like the regulations that we have in place and the protections we have in place to make sure we’re tracking the product from seed to sale, making sure it’s not getting the hands of minors and all of that, are enough. I feel like that should not be the focus of the federal government, and that their focus should be on those folks that truly have no intention of ever getting a license ... if there were to be a focus in California. I feel good with the regulations we have in place that it’s comprehensive.

Do you think that — perhaps after this administration — cannabis may experience another wave of legalization across the country, paving the way for interstate commerce?

Well, I don’t know that I see it right now … I don’t know, but I certainly am optimistic the future is going to be there, especially with more and more states passing legalization — whether it’s medical or adult use. I want to stay optimistic, because I think eventually that has to happen. I would hope that when it becomes federally legal that the BCC would have a part in interstate commerce and all that. That’s unknown at this time, but like alcohol, you’re regulating importation and all that. So I think we keep optimistic. I mean, a lot of people didn’t think we’d be here a few years ago with California. And look at look where we’re at!