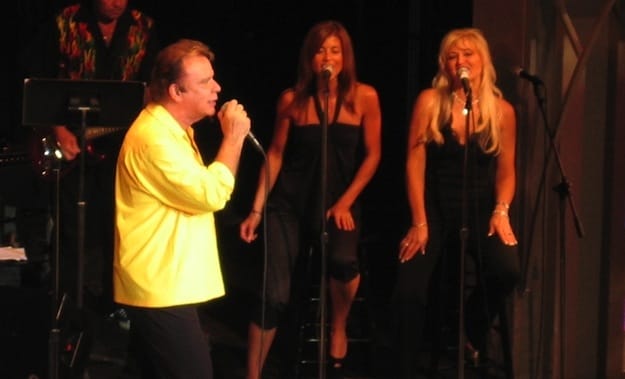 
The new year will bring a changing of the guard for The Fabulous Palm Springs Follies.

Lou Christie, whose signature falsetto voice fashioned the multi-million dollar selling hit, "Lightnin' Strikes" in the 1960s, will take over the star portion of the signature show starting Jan. 8 through March 9. Lorna Luft, who opened Follies' 22nd season in November, will close her stint on Dec. 31.

“Two Faces Have I” was Christie’s next big hit followed by two more million selling hits, “Rhapsody In The Rain” and “I’m Gonna Make You Mine.” Rhapsody’s success was fueled partially because the song was banned on the radio due to its suggestive lyrics.

Christie was one of the 1960’s first singer-songwriters. Together with his eccentric collaborator, Twyla Herbert, Christie co-wrote nearly all of his songs. Herbert, nearly 30 years his senior, was a classically trained musician, so it was the perfect partnership since Christie had no formal musical training.

Highlights from Christie’s performing career include appearances on Dick Clark's Caravan Of Stars, sharing 72 consecutive one-nighters with Diana Ross and the Supremes, and a command performance for Queen Elizabeth and the Royal Family.

Elton John, John Lennon and Madonna are among the music legends upon whom Christie has had major influence. Elton John played piano for Christie during Christie’s 'London Period' in the early 70's, and recorded the Christie/Herbert-penned song, “She Sold Me Magic.” John Lennon repeatedly pointed out in his interviews, “Lou Christie was one of my influences." And Madonna even thanked Christie in the liner notes of her 10-million-selling “Immaculate Collection" album.