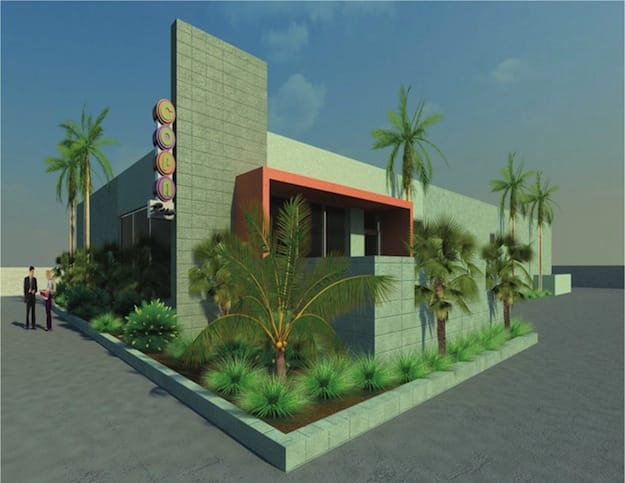 With each approaching season comes the opportunity to step into newly launched endeavors.

“When we took over this space, we always kind of thought that venue next door would be a performance extension,” explains Di Lembo.

That spark led the owners to their next great move: developing a new nightspot to open in the fall of 2013 called the Copa Room (www.coparoomps.com, which will be up and running in the near future).

Unlike other Coachella Valley clubs, the Copa will feature a number of amenities that even its swanky sister establishment, the Tropicale, doesn’t have.

The 6,000 square feet space boasts its own bar area, offset by 60 bar stools that wrap around the counter, as well as a smoking patio. Patrons can also enjoy the performance stage, which, when completed, will be fashioned into a runway –- perfect for acts who possess that catwalk swagger.

For those who like to trip the light fantastic, prepare to beam: the Copa Room also has its own dance floor. The color scheme will remain consistent with that of the Tropicale Bar and Coral Seas Lounge.

“We’ll feature a happy hour, and I have a feeling we’ll get some pretty good acts over there,” Di Lembo says.

He also notes that Fridays and Saturdays at Copa will showcase a “DJs and dance-club-scene kind of thing,” while the weekdays will remain a venue for local performers who specialize in jazz and cabaret entertainment.

The Copa will revel in its diversity; Di Lembo suggests that music will play a huge part in the lounge’s following and ultimate success.

“I think it’s going to vary,” he says. “I think you control [your demographic] based on the type of DJ you bring in.”

Now comes the hard part, club kids and rat-packers: waiting for this place to open.

The Copa Room is scheduled to open in the autumn of 2013. Check in on its progress at www.coparoomps.com