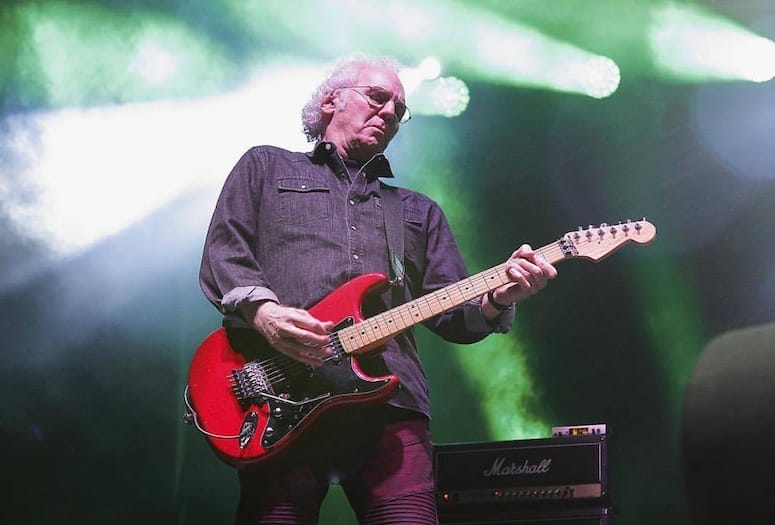 There are bands that are timeless, and others that are forever associated with a specific era and aesthetic. With their trademark red leather pants, bandannas, and arena rock staples, Loverboy falls firmly in the latter category.

The Canadian rockers have sold more than 10 million albums since releasing their self-titled debut in 1980. In the ensuing decade, they racked up an impressive string of hit singles, including “Lovin’ Every Minute of It,” “This Could Be the Night,” “Hot Girls in Love,” “Turn Me Loose,” “When It’s Over,” and the inescapable “Working for the Weekend.” After more than four decades, the band is still going strong with a busy touring schedule that brings them to Fantasy Springs Resort Casino on Oct. 26.

• READ NEXT: What Else is Going On in October? Try 44 Things.

Loverboy founding guitarist Paul Dean recently talked about their early years in Calgary, and their glory days as stars of the burgeoning MTV generation.

Tell us about the band’s early days. Who were your biggest musical influences?
[Lead vocalist] Mike Reno and I were sitting in the bar our manager at the time, Lou Blair, owned, when that very subject came up. All I remember is, mine were Cheap Trick and the Cars, and Mike’s was, no lie, the great and recently late, Eddy Money. We were both Beatles fans, and were really into Van Halen and Foreigner as well. Of all those, in retrospect, I would say Foreigner was the closest. Same lineup, with a bluesy singer. We have a lot more R&B in our stuff, though. That was probably from all the Motown and Stax artists I was covering in the ’60s, in the dance bands I was in, around Vancouver.

You’re credited with coming up with the name Loverboy. Is it true that it came to you in a dream, like Paul McCartney and “Yesterday”?

This question comes up a lot, I’m not sure where the “dream” concept originated, but no, I was fully conscious. We thought about calling the band, although hardly a complete band at the time, Dean Reno. Kind of catchy, right? Yeah, nobody else thought so, either. So back to the drawing board. Short story, from the back of a Cosmo magazine, featuring a Covergirl ad, to “Coverboy” — not bad — then immediately up pops “Loverboy.” It stuck.

For the band’s self-titled debut, Columbia Records paired you with Bruce Fairbairn and Bob Rock. Why was that collaboration so successful for both the band and them as producers?

One of our managers, Bruce Allen, who Lou had just brought on board, was also managing Bruce Fairbairn at the time. Bruce Allen suggested we listen to the recently released Prism album Armageddon, produced by that team. I thought it sounded really good, I’m guessing Mike did too, so we teamed up. Bruce Fairbairn’s contribution was mainly getting Matt, our drummer, into attack mode, and keeping everything organized and on budget. He was the consummate diplomat, and somehow managed to keep everyone on the same page for three albums. As for Bob Rock, he’s easily the best engineer I’ve had the honor of working with. After a couple of albums with us, he was on his way to becoming a world-class producer himself. But back to the question. It wasn’t just the recording that made that album a success. We also had a committed record label, great management, and decent songs, as well. 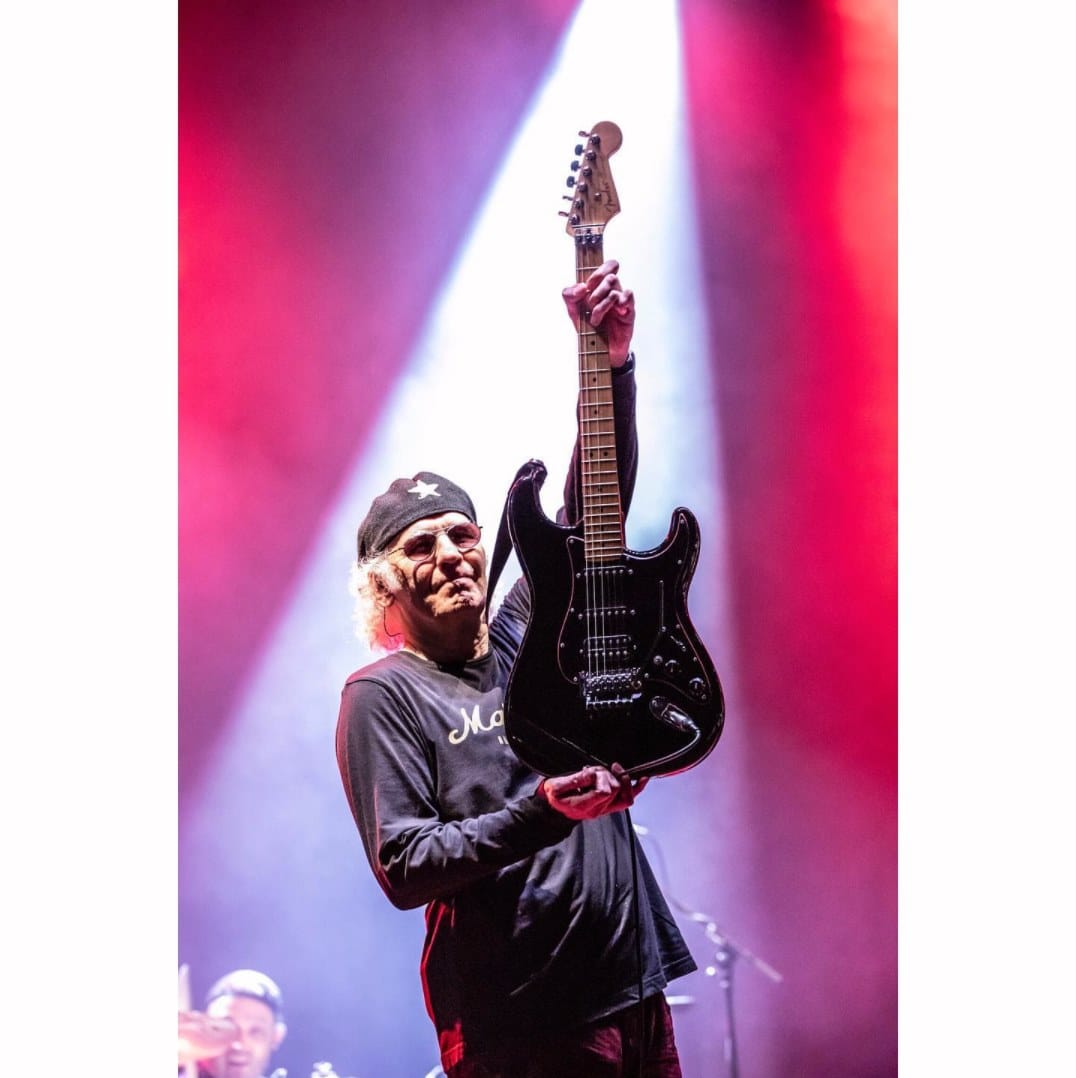 Everything fell into place, and we’re still riding the wave after 40 years — still partners, and wonder of wonders, good friends.

The follow-up, Get Lucky, was an even bigger success thanks to the hits “Working for the Weekend,” “When It’s Over,” and “Lucky Ones.” What was it like being one of the biggest bands of the burgeoning MTV generation?

Words fail me as to how great it was/is. Loverboy was my 14th band, and it was everything I had imagined, through all those decades of “almost there.” I had finally found the magic combination of musical styles, and business advisors. Everything fell into place, and we’re still riding the wave after 40 years — still partners, and wonder of wonders, good friends.

Around that time you also toured relentlessly with groups like ZZ Top, Cheap Trick and Def Leppard. Got any wild stories from the road you want to share?

My favorite ZZ Top story… We opened for them in Cape Cod, after a series of less than successful shows. We were still on our first album, we only had two barely recognizable songs, “Turn Me Loose,” and the decidedly not fit for a ZZ crowd, “The Kid is Hot Tonight.” Warning: Pop bands should not open for blues-boogie bands. Especially in Cape Cod, with only one semi-hit. We were getting tired of being pelted with quarters, rat tail combs, whiskey bottles, etc., during previous shows, and that night, in a misguided attempt at defiance, I thought it would be cool to wear a baseball helmet. Bad idea. The crowd took it as full license for bombardment. Target practice, at best. We lasted four songs.

In 1986 the band contributed the song “Heaven in Your Eyes” to the massively successful Top Gun soundtrack. How did that come about and is there any talk of recording a track for the upcoming sequel?

The main songwriter, John Dexter, had an almost finished song that he presented to us. Mae Moore, Mike and I tied up some loose ends, and recorded it. Then Lou, Mike and I went to L.A. to meet producer Jerry Bruckheimer, and played it for him. I guess he liked it! So far, there’s no talk of a Loverboy song appearing on a “Top Gun 2” soundtrack.

The 40th anniversary of Loverboy’s first album is coming up. Any special plans to mark the occasion or celebrate with fans?

I think we’ll take it as far as maybe a 40-year t-shirt. Personally, I’m about the present. My main concern is making sure I’m dialed into the other four guys on stage, that what’s coming off that stage is the best it can be. Sound-wise, feel-wise, humor-wise. It’s like Penn & Teller up there most nights — Reno cracking jokes, the band reacting. 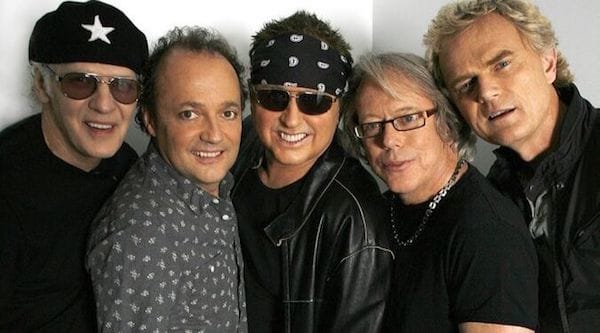 2020 will mark the 40th anniversary of Loverboy's debut album.

Maybe we’ll throw a free concert at Reno’s place, after the next 40 years.

Finally — after all these years — how do you still pull off the red leather pants?

One leg at a time.