Ford and Stefan Loyd are dedicated to quality and beauty that have won them dedicated fans, the Duchess of Sussex included.
PHOTOGRAPHS BY JONNY MARLOW

“We are not a brand that’s really out there. We’re not red carpet guys; it’s just not our thing,” explains Franck Ford, one-half of the design duo Loyd/Ford. “We want people to know our clothes, not the designers.”

That mystique is exactly what makes the Palm Springs–based brand — the third partnership between the two German–born designers — so compelling. There’s no flashy branding, no store on El Paseo, no star-studded runway shows. Instead, there’s simply a dedication to quality and beauty that have won them dedicated fans, the Duchess of Sussex included.

Ford and Stefan Loyd met in the mid-1980s during the height of Berlin’s club kid scene. They immediately hit it off, designing dresses that combined pillars of the era (think: neon bright polyester) with vintage Italian fabrics from the first half of the 20th century into patchwork styles that flew off the racks. In the early 1990s, they made the leap to Los Angeles, with Ford falling into the celebrity styling circuit, dressing and designing for stars shuch as Gwen Stefani and Angelina Jolie. By 2006, the two had built the second iteration of their brand — which was picked up by stores like Barneys, Maxfield, and Ron Herman — but were feeling burnt out. 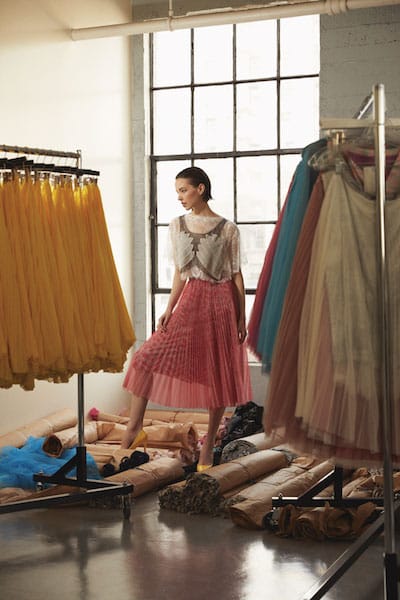 “During that time, Stefan and I were working really hard. We were constantly in the factory and never home,” says Ford, who handles the brand’s publicity. “We decided it was crazy. Working 24/7 was never our idea of success.”

So the pair started to spend as many weekends as they could in Palm Springs to get away from their fast-paced lifestyle in Los Angeles, and eventually decided to press pause on their brand. “We realized we wanted to see things, and that sometimes you need to restart yourself by stopping what you’re doing and going somewhere else.”

After selling their homes in the Hollywood Hills, Loyd and Ford moved to Ibiza, a lively archipelago of Spain in the Mediterranean Sea where they spent five years traveling, including repeated trips to India, where they fell in love with hand-beaded textiles — now one of their signature motifs. “We eventually woke up and realized something was missing [from our life in Ibiza]. We knew we needed to design and do something. Stefan suggested we move to Palm Springs, and [we] bought a little house here sight unseen,” he laughs. “Our real estate agent thought we were crazy.” 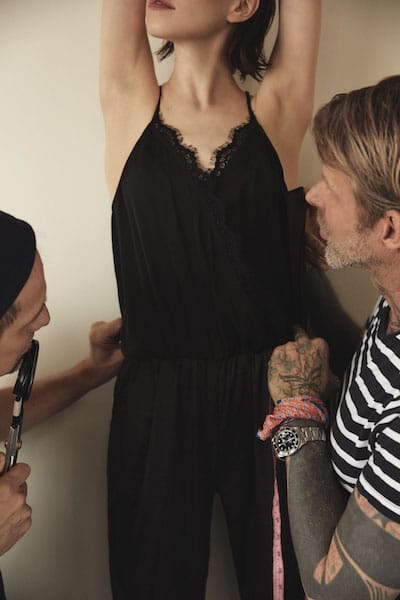 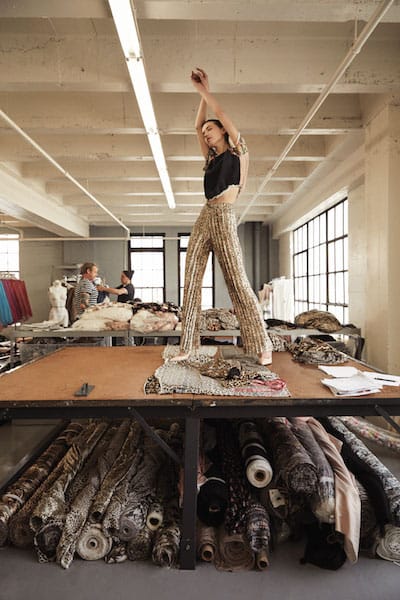 Ford joined him to live full time in the desert a few months later, and they quickly hit their design stride, relaunching their brand with a collection of hand-beaded and floaty pleated evening dresses to great acclaim in 2012. “Showing in Paris and living in Palm Springs was such a great feeling. People were blown away by that dynamic.”

This time around, Franck explains, the pair had a clearer sense of their strengths and what they wanted to do. “We realized we don’t need to constantly bring out new products. We don’t believe in that. Our clothes aren’t trendy. We work really hard to stay true to our work and what we love to do, which is all about producing high-quality pieces that are timeless and beautiful.”

Fast-forward eight years, and that’s exactly what the brand — which is designed in Palm Springs and produced in Los Angeles — is still doing. “It all starts in Palm Springs under the palm trees,” Ford explains, “and it’s beautiful to go to L.A. to work in our design loft, and then come back to paradise with all of the peace and quiet and the colors to let our life unfold.” That tension between their desert lives and urban work is what makes their clothes so great, and their latest collection is no exception. 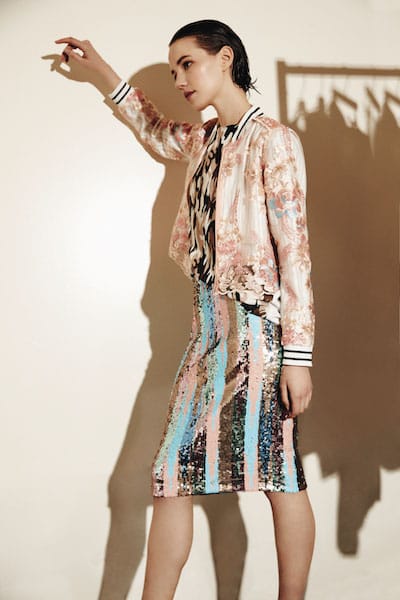 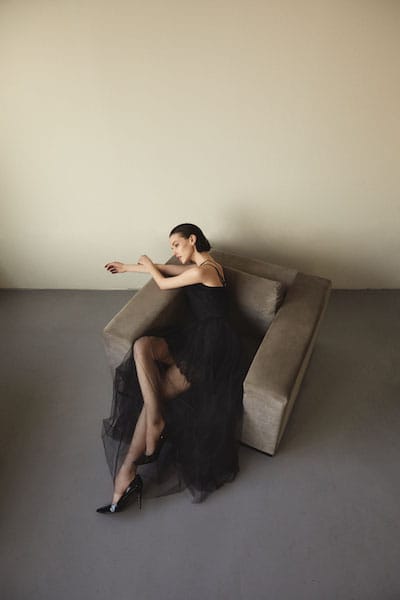 “This collection was inspired by us feeling confident to do what we wanted without thinking about what others want from us,” he laughs. “We were like, ‘Fuck it!’ and that’s what made it so outstanding.” You can see that confidence and personality in pieces like their silk kimono and sequin blazer — both of which combine a kaleidoscope of patterns and colors reminiscent of the way the San Jacinto Mountains light up at sunrise and sunset. And they are as wearable with dark jeans and a crisp white shirt as they are with the brand’s signature pleated skirts.

The playful line started out as each of their collections does: as a puzzle of separate ideas from both Loyd and Ford. “We start each season separately, so each of us has time to develop our own ideas without letting ego get in the way. Like this season I really wanted to do a fire-red sequin suit, and I knew that if I told Stefan about it at the beginning, we would fight about it,” he chuckles. But at the end of the day, the two are always on the same page — and Loyd’s more minimal aesthetic always counters Ford’s bolder choices perfectly. “That’s our magic,” Ford says. And it’s why that shimmery crimson suit makes sense alongside snowy white and creamy neutral ladylike pleated dresses. (The former is called the “pleated Meghan dress” in honor of their royal devotee.)

And though the designers have a track record of being globe-trotters, they’re in no rush to leave the desert. “Palm Springs is a little paradise,” Ford says with a sigh. “There is nothing more beautiful to us than to be here, in our gardens and under the stars, and design something that can go out into the world.”

Loyd/Ford is available at Elizabeth & Prince in Palm Springs, Palm Desert, and La Quinta and online at loydford.com. 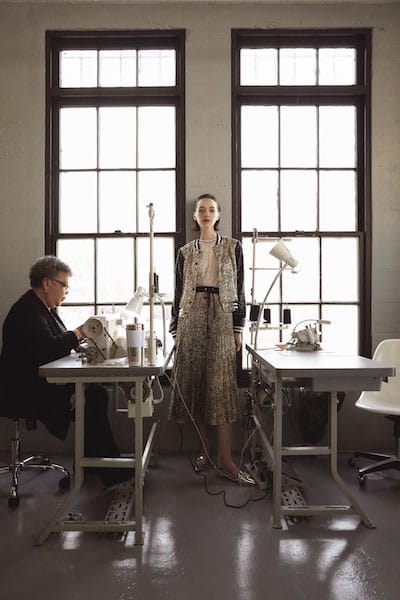 • READ NEXT: Check Out the Rest of the March 2020 Issue of Palm Springs Life.