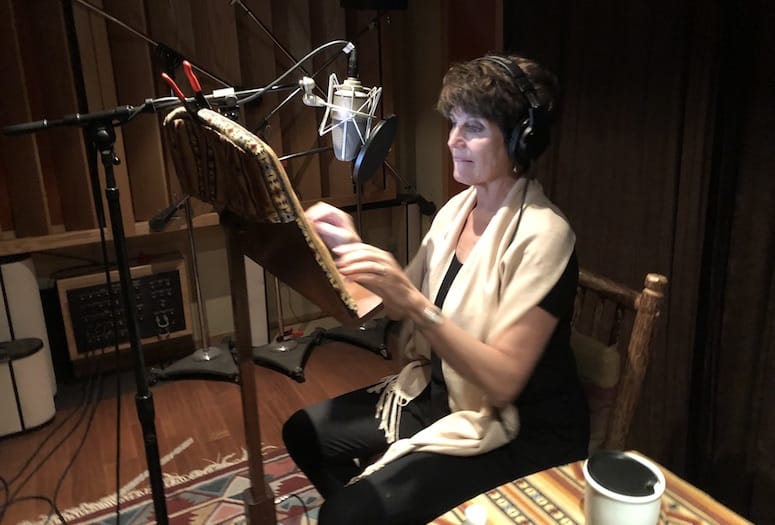 “There are three sides to every story: your side, my side, and the truth. And no one is lying. Memories shared serve each differently.”

—Robert Evans, The Kid Stays in the Picture

In 1974, 14 years after Lucille Ball divorced Desi Arnaz, he wrote a memoir hilariously titled A Book. It’s a page-turner with Arnaz’s joie de vivre bursting through like a tipsy, joyful conga line. Ball’s memoirs, written in 1964, weren’t discovered until 1993, four years after her death. That story is almost as interesting as the book.

On Aug. 14, 2018, Love, Lucy and A Book became available as audiobooks produced by the couple’s daughter, Lucie Arnaz. Palm Springs Life met with Lucie and Francesca Amari, director of both audiobooks, for a chat. The old Hollywood couple’s daughter was warm and breezy — and very funny. When she told stories about her dad, she spoke with a Cuban accent.

Lucie introduced us to her husband of 38 years, writer and performer Laurence Luckinbill, who was working on a stage project premiering next March. Along with Lucie, Luckinbill produced the 1993 Emmy-winning documentary Lucy and Desi: A Home Movie directed by Lucie under their Arluck Entertainment banner. Ball’s book was discovered during the final days of that production.

How did you discover your mother’s memoirs?
Lucie Arnaz: We were looking through files with Mom’s lawyer, and there was this manila envelope with “Lucy” scrawled on the front, postmarked 1964 with a return address for Betty Hannah Hoffman. Inside was Mom’s manuscript. We asked friends and relatives, anyone who knew Mom during that time if they remembered anything about it. We agreed it sounded like her, but we had no context.

We tracked Betty down. She had been writing a piece about my mother for Ladies Home Journal, and they met several times. It seems they both enjoyed this process so much my mother insisted that Betty do more and more outside interviews with family and other people to get a more rounded perspective, dig deeper, so Betty eventually said something like, “Well, then let’s do a biography!” 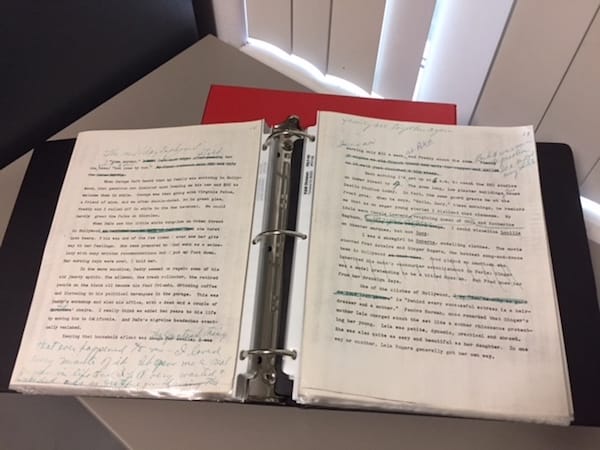 These images are copyrighted by Desilu, too LLC and cannot be duplicated or any portion used in any way without permission of copyright holders.

The audiobook script complete with changes written in above and below.

Mom answered Betty’s questions on tape, which I still have, and Betty sent the draft to Mom who read it, marked it up, and one day packed it away. “It’s going to hurt too many people,” she said. She meant Dad.

When I edited it for publication, I thought about deleting the parts she crossed out, but it really wasn’t offensive in any way. So, I corrected a few things, wrote the forward, and we published it. This year, after Francesca and I recorded Dad’s book, and we were recording Mom’s, we started seeing discrepancies between some of their accounts of the same story.

Can we talk about that?
Francesca Amari: That was so interesting. There was the “who came up with the idea to have a baby on the show” thing. There are three different accounts of that: Desi’s, Lucy’s, and their head writer, Jess Oppenheimer (who also wrote a book) said something else. 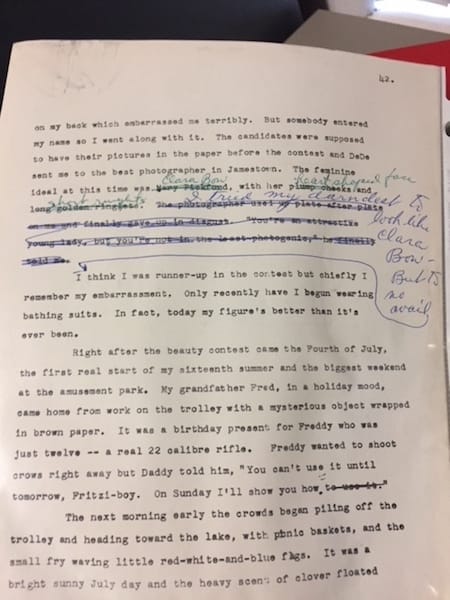 These images are copyrighted by Desilu, too LLC and cannot be duplicated or any portion used in any way without permission of copyright holders.

LA: There’s the line Dad said when Mom was accused of being a communist. “The only thin’ red about Loosy is her hair. And even tha’ is not legitimate!” Everyone takes credit for that.

And poor little Warner Erickson, Mom’s childhood next-door neighbor, paralyzed from an accidental shooting in Mom’s grandad’s backyard. Mom’s story — and the local newspaper said Mom was there. But my Aunt Cleo was there, and swears Mom was in Manhattan.

FA: Everyone recalled things differently. It was quite intriguing.

The story Desi tells about throwing a matchbook at Lucy, suggesting she was having an affair — do you think she ever did?
LA: I don’t know. They went through some really bad stuff together, and I wouldn’t be surprised if at one point there was a “touché,” you know? It was a very complicated relationship, and so passionate it was ridiculous.

FA: Their love for each other shines in both books. When he calls her 30 times in one day while she was trying to get to New York from Milwaukee during a blizzard to see him? Wow.

LA: I don’t think anyone completely understands them. 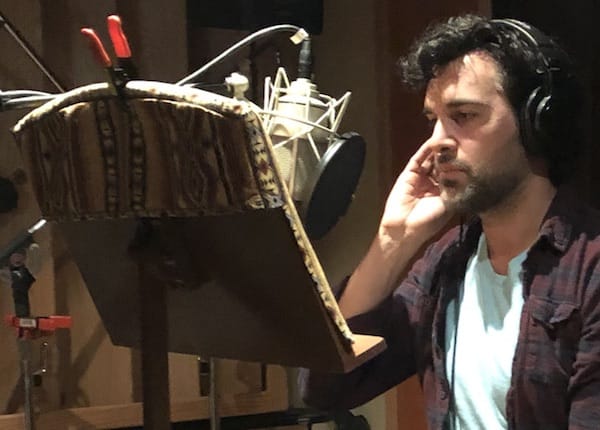 "When I saw his clips, I went crazy," says Lucie Arnaz of finding Juan Pablo Di Pace to do the voice of Desi Arnaz for the audiobook.

In Love, Lucy she writes, “I realized one day that we never really liked each other.”
LA: Yeah. That’s such a strange thing for her to have said. At that point they not only liked each other, they admired each other. She thought he was one of the most brilliant people she’d ever met. His smarts, his bravery, his kindness — everyone I interviewed, without exception, talks about what an incredibly nice guy he was, tactful in business, generous: “What do you need? If I thin’ I can help fix it for you, I will.”

There were only two things wrong with him. He thought other women were no big deal and, eventually, alcohol. Other than that, he was like ... a perfect person. Mom saw that for as long as she possibly could, but Dad was an islander. He just wanted to play music, make love to beautiful women, and cook ... pork.

Are you impersonating your Mother in the audiobook?
LA: No, but we sound very much alike. I listened to her interviews. She’d grown into a great presentational style, more eloquent in later years. So, I decided to record the later years early in the morning; I sound more like her then.

How did you find your “Desi”?
LA: My brother wasn’t up to recording at the time. I got recommendations, but no one fit. My attorney, Mark Sendroff, said, “What about Juan Pablo Di Pace?” When I saw his clips, I went crazy. His charm, his smarts, his humor, his accent — plus he was young and adorable, and we had to be with him for six days.

How was the process?
LA: Cathartic, like primal-scream therapy. When you crawl back inside their words it’s like ... wow ... I was not alone in that booth, they were with me. They filled me. They filled me back up. It was very empowering, and I can’t wait for people to hear their words.

To order the audiobook, visit barnesnoble.com.