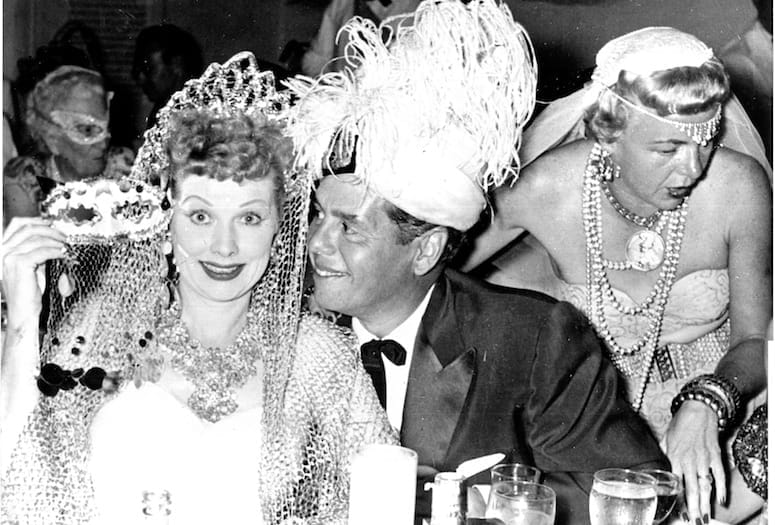 As you’ve probably noticed, we’re living in an I Love Lucy renaissance. The beloved sitcom, which premiered in October 1951 and made Lucille Ball and husband Desi Arnaz household names, is still popular on various streaming services. Their daughter, performer and Palm Springs resident Lucie Arnaz, is the chief creative officer of Desilu, Too, which manages the estate of the two pioneering entertainers.

She’s recently given her approval to many new projects, including The I Love Lucy Cookbook, which was published in January. Mattel has just issued a new collectible Lucille Ball Barbie to commemorate the star’s 110th birthday and the 70th anniversary of her landmark TV series. Arnaz has also granted unprecedented access to her family archives to former Saturday Night Live star Amy Poehler, who is directing an upcoming documentary about her parents.

Earlier this month, Sirius XM channel began airing Let’s Talk to Lucy, an insightful podcast adapted from her mid-1960s radio series of the same name in which she interviewed pals such as Frank Sinatra, Bob Hope, and Mary Tyler Moore. Still to come this year is Being the Ricardos, a dramatic film written and directed by Aaron Sorkin and headlined by Javier Bardem as Arnaz and Nicole Kidman as Ball. 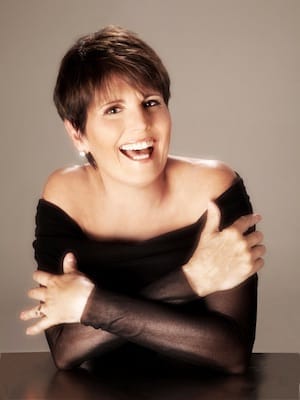 The interviews your mother conducted with other celebrities were recorded in the mid- 1960s. What were your thoughts when you first listened to them again recently, with this idea of turning them into a podcast?

I didn't really even listen to all of them before they became the podcast on Sirius. I knew there were 240 episodes. There's no way I had time to sit down and listen to them all, I just knew that they existed. I had a feeling that they were going to be pretty interesting, because I saw the list of the people she spoke to, and I heard one interview with Barbra Streisand, and I thought, "This is kind of unique and amazing that these exist. I wonder what the rest of them are like."

How did they eventually end up on Sirius?

I made a couple of phone calls to the right people, apparently, and found this wonderful team that knew a whole lot more than I did about streaming and podcasts, and who to take it to, and they kind of guided me along this path. And before we knew it, it was just scooped up by Sirius, and she had her own pop-up channel. Then I decided I would like to interview other people in today's world, who, if my mother was still here, she might've asked some of those same questions to. We've been doing interviews with lots of other people, and then we're going to edit them and drop them into the old broadcast as certain subject matters come up. 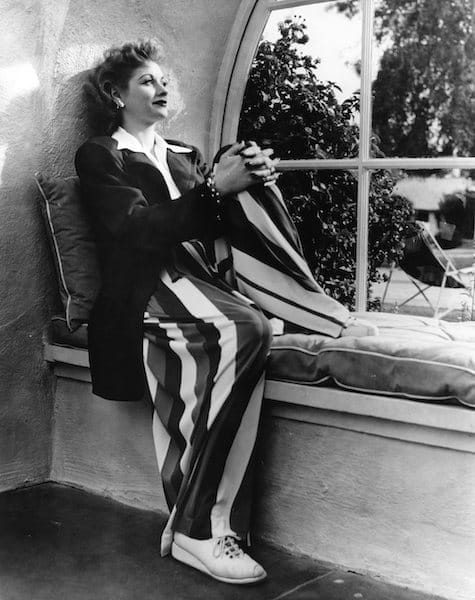 Lucille Ball poses for a publicity photo taken at the El Mirador Hotel in Palm Springs.

Who are some of the contemporary people who have participated?

That’s a very impressive list. Did these new interviews come about because they’re fans of your mother?

I guess. They were all very flattered to be asked to be a part of this amazing thing that we were able to put together.

What’s been the response so far?

Everybody who's listened has said, "I can't believe it. I'm riveted. I can't get out of my car." Because they can't stop it and put it on pause. It's like, "Wait, I've got to wait and listen to the end of it." Which is why I think it's going to be great. Once the three weeks on Sirius Channel 104 are finished, then it's going to go to regular podcasts, so you can actually download it.

Your parents were part-time Palm Springs residents. Were any of the original interviews recorded here?

Yeah, lots of them because she would come down on the weekend. There are several that I have tripped over in which she said, "I'm here in Palm Springs, California today."

What other treasures are hidden in the vault?

There's a lot of interesting stuff. We're seriously considering just doing a Lucy and Desi channel. I've been trying really hard the last few years to digitize everything. I have some tapes of my mother talking into a tape recorder, answering questions about her own life, but she was answering the lady who helped her write her autobiography, and she did it by tape recorder. The lady would say, "Tell me something about this," and my mother would talk for 40 minutes. And those are very high-quality tapes, and there are tons of that material out there. 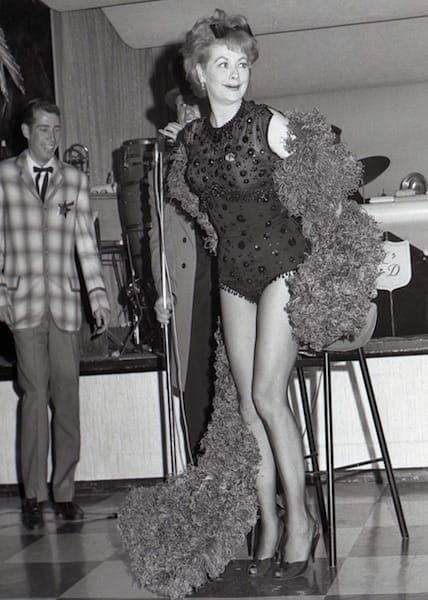 Showing off her dancer legs, Lucille Ball takes the stage at the Chi Chi club to perform in the Desert Circus Kangaroo Court.

Did your father do anything like this interview series?

My father kind of did the same thing, but the quality is not as good, so I have to find the ones that I can actually play on the radio that you can understand. It's hard enough to understand him, but you also need to have audio quality.

There are so many I Love Lucy-themed products this year, including a cookbook and a new collectible Barbie that commemorates the 70th anniversary of the series. Are you involved in the development of all of these?

As the chief creative officer of Desilu, Too, there have been 30 years of merchandise opportunities. Most of the time I'm out there being a policewoman, saying, "No, no, no, that's not legal. You can't put their face on that. We didn't give you permission." But the rest of the time, we try to put things out that are fun and classy.

And recently, in the last three or four years, we've really thought seriously about what we want to represent with their image. We had to discuss what that represents after 70 years, and then limit the possibilities of what was going to be put out there. It had to be about love or friendship or family, all the qualities of the show, and I think what they would want to stand for.

Ron Howard is producing a documentary about your parents’ relationship that Amy Poehler is directing. How different will this be from Lucy & Desi: A Home Movie, the documentary you made in 1994?

I haven't seen it, so it's hard to say, but I know it'll be different. I think it's going to be amazing. From what I've heard so far, and what I've seen them do, they're really pulling out every stop. They are digging deeper than anybody I've ever known. I've opened up the archives to them pretty much more than I've ever given access to anybody, just because I trust these people. I met with them a lot before I said yes, and then I went, "OK, take it all. I trust you." 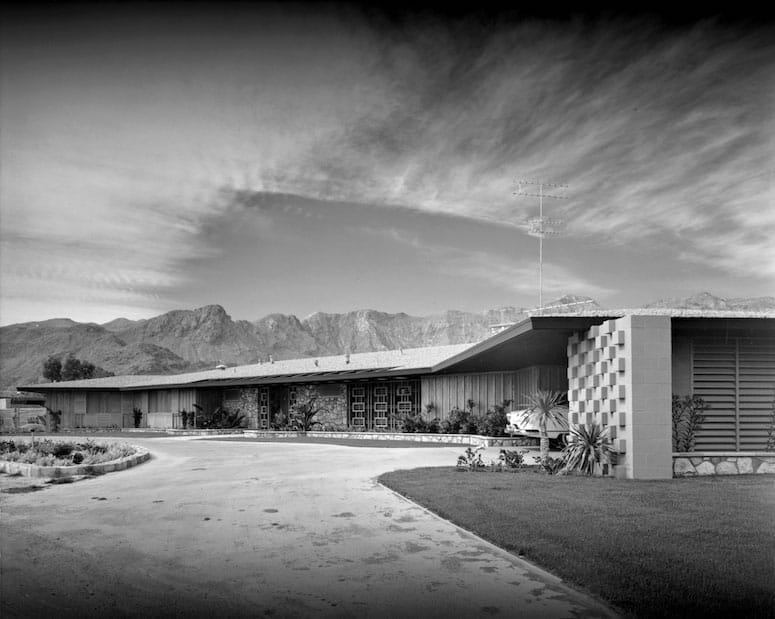 I know many people who binge-watched I Love Lucy as a distraction during the pandemic. What do you think your parents would think to learn people are still laughing at this show 70 years later?

Wouldn't they just be so proud? I'm sure they are. I mean, I know they know. And I'm sure that they've helped all of these other things come to fruition. I'm sure of that. The energy still exists, and they're a part of it. I know it. And when things don't happen right, I know they're a part of that too. I mean, there are certain scenes that I wished hadn't been in the feature film. I couldn't get my way and have them taken out, but they weren't accurate. And I thought, "That shouldn't be in there, because that never happened. That's not true." And it's not just theatrical license, it just wasn't true. And the day they shot the scene, the sprinklers went off on the set and destroyed the whole set.

You’re referencing Aaron Sorkin’s upcoming film, Being the Ricardos. The only thing that’s been revealed is that it takes place during a week of filming I Love Lucy. The story specifics have been very hush-hush. What can you reveal about it?

It takes place, primarily, during rehearsals for one of the shows. There are a few scenes where they're at their house in Chatsworth, before working, after working. There are two or three short flashback scenes to her life before I Love Lucy, when she worked on the radio show, when she was trying to convince the network to hire dad. But stuff happens that week that didn't happen altogether the way Aaron has written it. He's taking some theatrical license and sort of cramming a couple of true events that did happen, they just didn't happen at the same time. But you do learn a lot about what it was like back then. His dialogue is always incredible. And I think he treated my mother and my father really well. I think they are accurate composites of these people. And what I've seen of it... I haven't seen any of the rushes, but I was on the set for just two days. What I saw was extraordinarily classy and first rate. The people that he has cast are just really great performers. 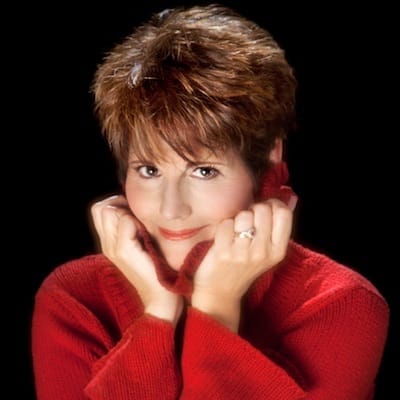 Some people were surprised that Nicole Kidman was cast, but she’s a beautiful, talented actress just like your mother.

Nicole did a spectacular job. The two days that I watched, though, were both little flashbacks, so she was playing Lucy in the late '30s and mid-'40s. She wasn't Lucy of Lucy Ricardo fame yet, so it was a trifle different. And I know she meant it to be, so it could feel different. But boy, what she did was astounding. She's got such poise and class.

It sounds like it’s a real performance, not mimicry.

Oh my God, that's the last thing you want. There are no look-alikes. I mean, nobody was cast because they look exactly like somebody. They were cast because they're spectacular performers, actors, and they can capture the basic essence of what has been written in this script. And Aaron was adamant about that and thank God. I'm looking forward to seeing the finished product.

You’re a wonderful entertainer in your own right. Do you plan to return to the stage when it's safe again?

Yeah. I'm going to get a chance to finally play The Purple Room, probably in March. I love it so much. I want to help them get back on their feet and they're going to reopen, which is thrilling.

• READ NEXT: Ruta Lee Shares Her Times with Lucy, Sinatra in Biopic Book.