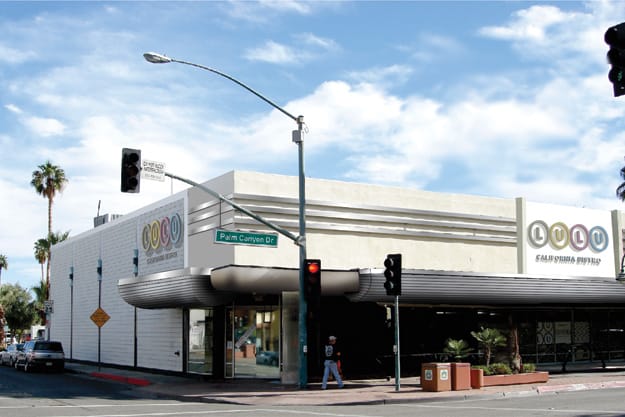 One year ago, Lulu California Bistro opened its doors — and its walls — facing Palm Canyon Drive in Palm Springs, determined to succeed in a building where few businesses had survived.

Owners Barbara and Jerry Keller and General Manager Willie Rhine said they made careful choices, hoping the success of their Rancho Mirage-based Agua Pazza restaurant would follow to the new location in Palm Springs.

But, a year later, they said customer loyalty has been an honor, so now, they're celebrating.

"Because of the unprecedented support that the Palm Springs community has given Lulu, we've doubled the size of the kitchen to keep providing great food for our patrons," said the Keller.

Their success helped revitalize an important block downtown Palm Springs, according to the mayor's office.  With Kaiser Grille on one corner and Zin Bistro on another, empty storefronts have filled up with new businesses, like a tourism gift shop and new clothing stores.

To say, "thank-you," to the community that brought them so much success, the Kellers decided to only keep half of the customers' money on their anniversary date — Wednesday, August 22 — and give the other half to two charities: The Desert AIDS Project and the Palm Springs Art Museum.

"Barbara and Jerry Keller and General Manager Willie Rhine have quickly become legendary for their tremendous hospitality and for giving back to the community,” said Palm Springs Mayor Steve Pougnet.

“We will continue to improve Lulu in every possible way, so that it maintains its status as hip, happy, and the place to be," the Kellers said.  "(It exemplifies) our motto, 'There’s always a party at Lulu.'"