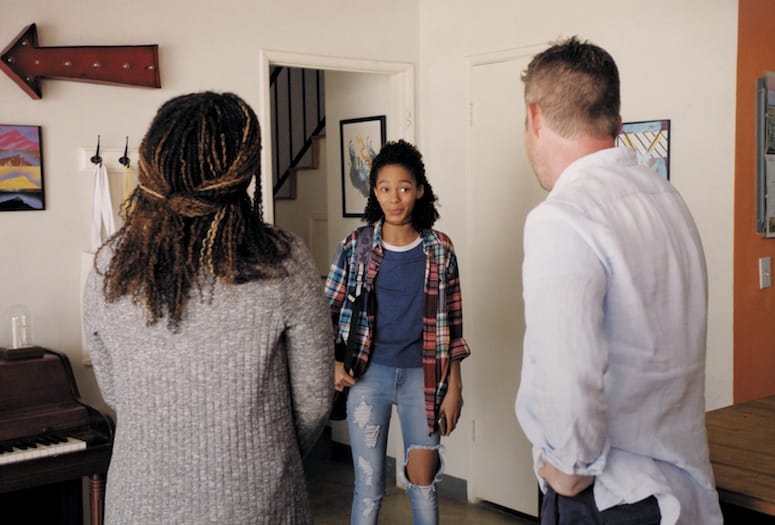 Are We Good Parents explores parents dealing with the possibilty that their daughter is gay.
PHOTOGRAPHS COURTESY LUNAFEST PALM SPRINGS

Bola Ogun thought her place in the film industry was only in front of the camera.

A first generation Nigerian-America, Ogun found her passion in film after graduating from the University of Texas and moving to Los Angeles where she was as a production assistant with films like The Dark Knight Rises, Neighbors, Battleship, True Detective, and Friday Night Lights.

Ogun began to consider moving behind the camera as a filmmaker the moment she realized she wanted to make a change in the way films are created, by advocating for women of color. “It was all about making connections when I started as a production assistant,” Ogun says. “But the thing about being a production assistant is you can’t really do anything else with your life. When I realized that what I needed to do is to become a filmmaker in order to make the [acting] parts that I didn’t see already existing, tell the stories that I didn’t see, and include people who don’t normally get showcased.”

Ogun will show her latest effort, Are We Good Parents?, Jan. 26 at the eighth annual LunaFest a short film festival by, for and about women’s empowerment and issues set at the Richards Center for the Arts at Palm Springs High School. Her film has already screened at the SXSW Film Festival and took home Best Short Emerging Filmmaker at the AT&T Film Awards in 2018.

Put on by Soroptimist International of Palm Springs, Ogun will be the guest speaker at LunaFest where she will expand more on her filmmaking process and career. Ogun’s short, one of eight to be screened, will be joined by Flip the Record by Marie Jamora; The Final Show by Dana Nachman; My Immigrant Story by Yuriko Gamo Romer; War Paint by Katrelle N. Kindred; Drummer Girl by Sophie Hextor; Today, Tomorrow, Yesterday by Jackie Files, and UR Dead to Me by Yonoko Li.

LunaFest president Samantha Dewing says the films represent a wide range of issues that will strike a chord with the audience. “There are LGBTQ issues, there are family dynamic issues, this year there is actually a film that I think hits on a lot of issues with what is going on in the nation today, women’s rights issues, issues with people of color and the police, growing up in an impoverished neighborhood,” Dewing says. “And there’s more light-hearted pieces.You may not like all eight but there may be one that you are like, ‘I could totally relate to that or I really thought that was funny or I really thought that was touching!’ I think that is one of the great things about Luna Fest.” 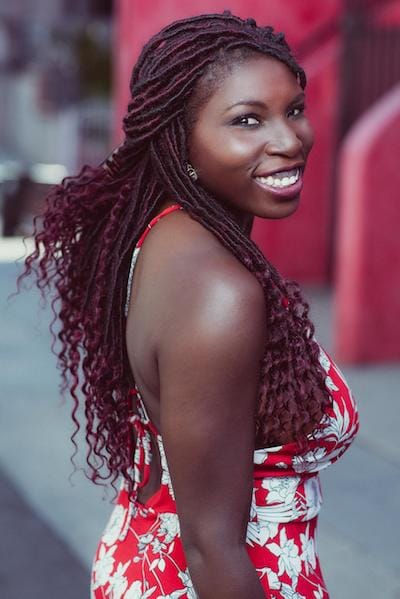 Filmmaker Bola Ogun will participate in a Q&A following the screening of her film Jan. 26 at LunaFest Palm Springs.

Since 2000, the travelling Luna Fest has been put on by the Clif Bar & Company and happens annually the last Saturday in January in more than 175 cities across the country. Palm Springs became a stop in 2012 when Soroptimist charter member Joan Boiko spearheaded the initiative. LunaFest is in line with the Soroptimist mission: “to improve the lives of women and girls through programs leading to social and economic empowerment to help them live out their dreams to the fullest.”

“We’re women helping women, that’s what we aim to do,” Dewing says. “Get out there and help the women in our local community. So bringing these stories for women of our community I think was a perfect fit.”

Ogun began conceiving the idea of Are We Good Parents as she was wrapping up another of her films, The Water Phoenix, which was selected for its world premiere at the 2017 LA International Shorts. At first approach, Ogun struggled with the idea of the film about a family of three set in a house where the parents boggle about their daughter’s sexuality. To her, it was out of her interest in telling stories in the fantasy and science-fiction genre but was compelling because her younger sister had come out to her.

“It jogged my memory of how I felt with my little sister of when she came out to me, and she was 19 and I was sort of confused [as to] why it took her so long,” Ogun says. “I remember being so struck by that and just being confused and wondering, if I were a parent of a child who didn’t feel comfortable coming out sooner to find that out later would have been heartbreaking for me. So I decided to turn that into a story.”

According to Ogun, her self-financed short came together ultimtately shot in one day and casting characters for the film took three months before settling on Tracie Thoms as the mom, Lauren; Sean Maguire as the dad, Bill; and Gabrielle Skye Goodman as the daughter, Maya.

Sean Maguire and Tracie Thoms play the parents. Thoms was in the film version of Rent.

“It’s not really a story about a gay kid, it’s about parenting, which I was very conscious of making it universal so that it didn’t feel ‘scary’ to talk about your kid being gay,” Ogun says. “And it didn’t feel scary to not have all the answers because at the end of the day, that is what every parent feels about every single subject: gay, straight or whatever. Parenting is hard; you don’t know what you’re doing trying to figure it out and you’re trying to hide your flaws from your kid and so that’s why I decided to tackle the story.”

Luna Fest, 9 a.m. to noon, Jan. 26 at Richard Center for the Arts at Palm Springs High School, 2401 E. Baristo Road. Tickets are available at lunafestpalmsprings.com/tickets for $20 before the event and $25 at the door.

The Soroptimist of Palm Springs meets at 5:30 p.m. on the third Wednesday of every month at Blue Coyote Grill in Palm Springs, or visit their website at soroptimistofps.org for more information.