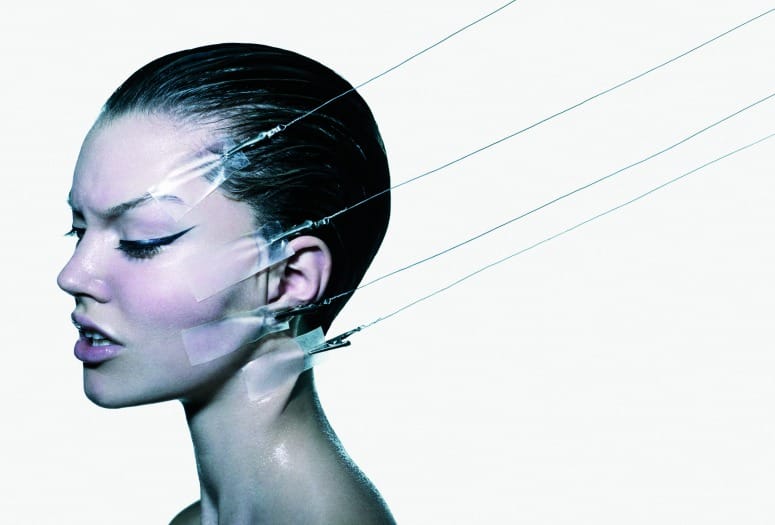 In the 1970s, my mother had some odd contraptions she used in the name of beauty. I can only assume they were the high-tech gadgets and tools of the time and, if that’s the case, what dark times they were.

The Bride of Frankenstein reanimation scene comes to mind. There was the Facial Beautifying Mist from Lady Schick, a cylinder she placed on her face to parboil her skin. There was the bonnet hair dryer that she used over curlers the size of cannons. It had parts seemingly stolen from the vacuum cleaner. And then she had the least intuitive beauty tool ever, the Flicker Women’s Shaver, a round razor marketed to women with the promise that flicks, not nicks, would get you the guy.

Hindsight suggests it’s impossible these gadgets ever delivered on their claims. My memories of these arcane doodads explain my abundant skepticism when it comes to their modern-day incarnations. But like everything else, high-tech beauty gadgets have come a long way since the decade of Naugahyde®. Despite my natural skepticism, I’ve tried several newer gadgets and, surprisingly, found a few that actually work.

Doing anything beyond basic maintenance with my hair is a bridge too far. I am only prepared to do what is easy. I have absolutely no learning curve as it relates to new tools of the trade. Amika understands me. Its Polished Perfection Straightening Brush ($120, Sephora) is just low-tech enough to seem like no tech. It’s a heated brush with the power of a flat iron that eases frizz and tames flyaways without the inadvertent lines that come with a flat iron. I particularly love this tool to straighten out the kinks of second-day hair.

The single best thing I’ve ever done for my pores is use Foreo LUNA mini 2 ($139, Saks Fifth Avenue) on my face. It’s a silicone cleansing device that uses nonabrasive pulsations to effectively and thoroughly cleanse the skin in just 60 seconds. There are several speeds, or intensities, so you can decide which feels best. The LUNA had me hooked from the second I turned it on, and now I use it to clean my face both morning and night.

Mentioning Tria’s Age-Defying Eye Wrinkle Correcting Laser ($249, Ulta.com) causes alarm to creep across the features of whomever I’m speaking to. While the at-home treatment is technically engineered to injure your skin, the process in no way resembles the laser scene from Goldfinger. In simple terms, the palm-size device shoots beams of light into the skin. Those beams of light disturb cells under the skin’s surface. Skin responds to this disturbance by generating collagen and elastin, which smooth fine lines. The sensation while using the laser isn’t painful — it’s a bit of a sting — and afterward you’ll have a heightened awareness of the treated area. When you notice results in seven to eight weeks, you won’t remember the sting at all.

Nurse Jamie’s Instant Uplift Facial Firming Beauty Tool ($69, nursejamie.com) might look like a sex toy or a weapon, but it’s actually a facial massager. You roll the rod this way and that way across your face (it comes with specific instructions) and the tool’s 24 tourmaline stones reportedly smooth and energize skin. Personally, I think the magic to this facial roller is that it promotes lymphatic drainage, thus de-puffing. Whatever it’s doing, it works. It’s so high-tech that, in fact, it’s no tech at all — just your hands, a metal roller, and a bit of elbow grease that leaves you looking like yesterday never happened.