Viewers of the film, Vice, had a chance to watch Dick Cheney (played by Christian Bale) age thanks to the makeup work of La Quinta resident Greg Cannom.(
PHOTOGRAPHS BY ANNAPURNA PICTURES

Hollywood and Washington D.C may seem worlds away from tranquil La Quinta, but local resident Greg Cannom seems to have reaped the awards from both camps.

Cannom is capturing attention lately for his Academy Award nomination for Best Achievement In Hair & Makeup for his work on Vice … in which he transformed character actor Christian Bale into former Vice President Dick Cheney.

There’s plenty of buzz about the film, which was nominated for eight Oscars, including Best Picture and Best Actor (Christian Bale).

Born in Griffith Park, Calif., Cannom grew up in Compton and later near Knott’s Berry Farm. He attended Cypress College, attended makeup school for a time but says he was primarily self-taught. After working on makeup effects for more than 200 theater-related productions and events, the film world beckoned.

One day, Cannom says he called celebrated makeup artist Rick Baker (Star Wars, Men in Black, Planet of the Apes 2001) and asked if the two could meet. That was in 1976. Baker hired him. Over time, he managed to turned head for his standout works, primarily on Bram Stoker’s Dracula in 1992, starring Gary Oldman and then again for Mrs. Doubtfire (1993).

He nabbed an Oscar for Best Makeup for both films. 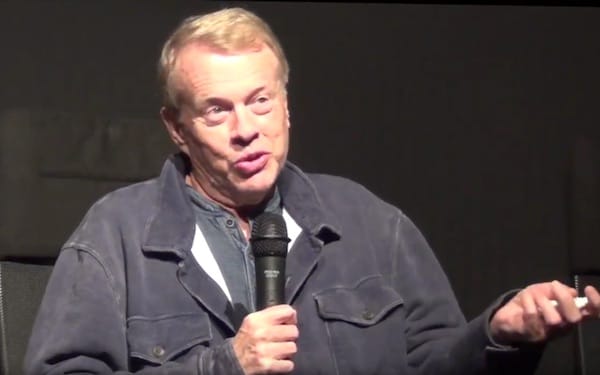 Things seemed to flow progressively after that and the list of films Cannom found himself working on are now cemented into the pop culture movie database —  from special effects makeup on the older Rose character in Titanic (1997) to A Beautiful Mind and Hannibal (both in 2001), and The Curious Case of Benjamin Button (2008), which garnered him another Academy Award.

True, the “competition” may be tight for Sunday’s Oscar telecast — Mary Queen of Scots also generated a Best Makeup & Hairstyling nomination and Cannom shares nominations with two other Vice colleagues who worked on other actors in the film. But the odds may truly be in the local’s favor.

How are you handling all of the attention?

It’s a bit overwhelming. I’m handling it good. I’m usually behind the camera but in case I win, I’ll be in front of 800 million people live. It’s a bit daunting.

Breathe. Deeply. Speaking of daunting … how was it transforming Christian Bale into Dick Cheney?

Jennifer Madeloff, the producer, said to me, “We want you to do Christian playing Cheney.” I said, “You’re joking.” She said, “No, we’re not.” I told her I had no idea if that’s possible. It was so completely different from what I had done and the only way that I thought we could possibly do it was to test it. But then they said something about two weeks, and I said, “You’re kidding?” That was in March of 2017. When the money came in for the film, we did test it and they liked it. We started in August and had about six weeks till we started shooting and I wanted three months.

I’m usually super-quick, though. They wanted “Christian with a little bit of Cheney.” That’s how they proceeded. As we started really getting into it and pinning down, it kept going more toward Cheney [the look]. Christian then called at one point and asked, “Could we go fatter in the neck and everything?” At that point I thought it was the closest it was going to get to Cheney. But we tested it and he went on to put on the hair, the wig, the fat suit and I still thought it was going to be too fat. Well, Christian walked out and I thought, “My God. You’re right. It’s perfect.” I think that was the point where Christian really got into it. Which was good. Because if he didn’t “feel” it, it wasn’t going to happen.

What about some of the materials used in the process? Most people don’t know much about that.

You use every trick in the book. [Laughs] Cheney has a dent in one side of his nose, so we filled that side with tiny pieces of fiber, about the size of a dime. And then Christian put in nose plugs, which pushed things outward to make it look wider. His hair was bleached every two weeks to make it look ashen. I hate using eyebrows, which never look right, so we kept that just his. 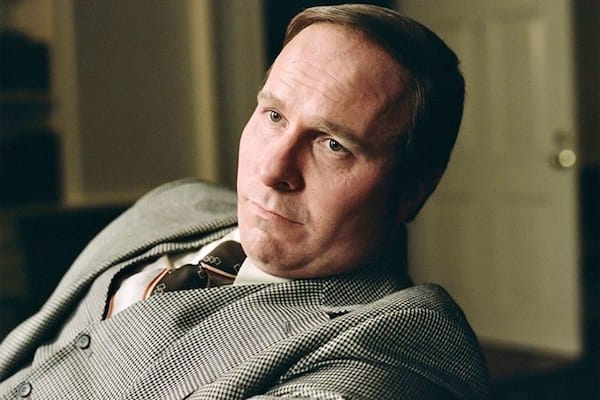 Christian Bale would sit for three to four hours each day of filming transforming into Dick Cheney.

It was all done with many different wigs. We’d go in every day to silicone the neckpiece. We added stubble into that. Once all the pieces are down, it was a matter of coloring it with makeup and an alcohol-based spray. In person, though, you could not tell Christian was in makeup.

Did he take it like a champ? How does one endure that process?

He sat three to four hour every day. The younger middle-age makeup was only about two hours. He never complained about anything.

Did you folks ever hear from the real Dick Cheney?

No, but somebody from the film told me recently that we would at some point. I’d be curious to hear what he says. I thought I made him look pretty good. 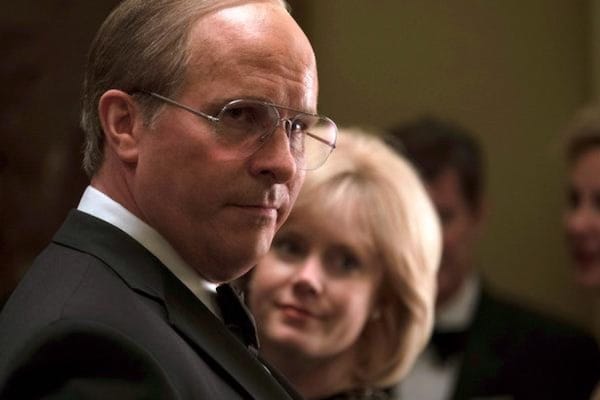 Christian Bale’s hair was bleached every two weeks to make it look ashen.

What do you love most doing this type of work?

I remember Rick Baker telling me at the time that in 10 years, we’d be out of business because of CGI (computer-generated imagery). Luckily, films still need makeup and makeup has been getting more attention lately. This year, there’s a lot of great makeup — Stan & Ollie, Black Panther. Makeup is still relevant in this day and age and CGI hasn’t taken over completely. But at my age, to do a film like Vice … I thought I would never see any work like this again. I hadn’t worked in years and I figured I was dead or something. I was so happy to get the film. Like … Benjamin Button, it’s a once-in-a-lifetime experience.

VIDEO: Listen to Greg Cannom speak during a post-screening of Vice in Palm Springs along with the film’s director, Adam McKay and producer Larry Messick.