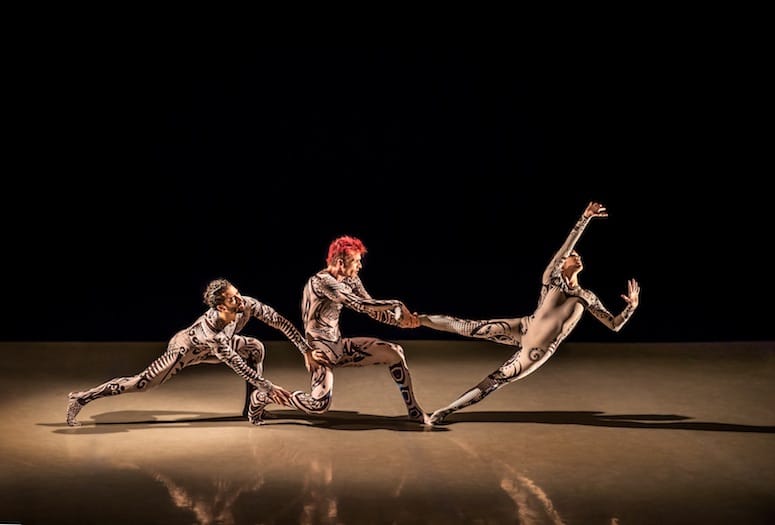 Dance is “an art without borders,” says dancer-choreographer Manuel Vignoulle. “It uses the human body as raw material moving through space, generates feelings that touch people’s hearts, and leads them to reconnect with their own humanity.”

That may sound deep, but experience dance and Vignoulle’s work for that matter, live, and you fully comprehend what he’s communicating.

Vignoulle was born in Paris and has lived in United States for nearly a decade. As the recipient of the Grand Prize Award at the 20th Annual Choreography Festival, held at McCallum Theatre last year, audiences witnessed Vignoulle’s stunning enthusiasm for the art form — and then, his humility. His graciousness upon nabbing the top prize warmed hearts.

The celebrated choreographer with a fiery mane of burnt-orange hair and rich French accent returns to the festival, Nov. 10-11, now in its 21st year. He shares stage time with such revered professional dance companies such as Suzanne Haag/Eugene Ballet Company (from Eugene, Oregon), Gary Franco/Infinite Flow and Tales Between Our Legs (both from L.A.), and Erik Saradpon/FORMALITY (from Temecula).

Vignoulle sees the opportunity as a challenge and a blessing. “McCallum is a beautiful theater. I’m happy to present new work and show people a different color of what I do. Just coming is amazing for me.”

He’s quick to add that he was completely surprised by last year’s win.

“You dance in competitions and you never really know what to expect,” he says. “I just try to focus on the work, and if that touched a few peoples’ souls, then that’s something. But to win [the award] was the cherry on the cake.”

Evoking a sense of wonder and curiosity is something for which Vignoulle has become greatly appreciated. Through his New York City–based dance company, M/motions, his contemporary, ballet, theater, and film pieces are powerful expressions of emotions and thought. “Palpable Winds,” for instance, is a standout and provocative piece. Bodies intertwine and the sense of intimacy is visceral. In “Black & White,” a duet, his movements are at first, slow, but Vignoulle and his fellow dancer soon meld their bodies for quick turns and a stunning array of coordinated movements that simply stun the eyes. 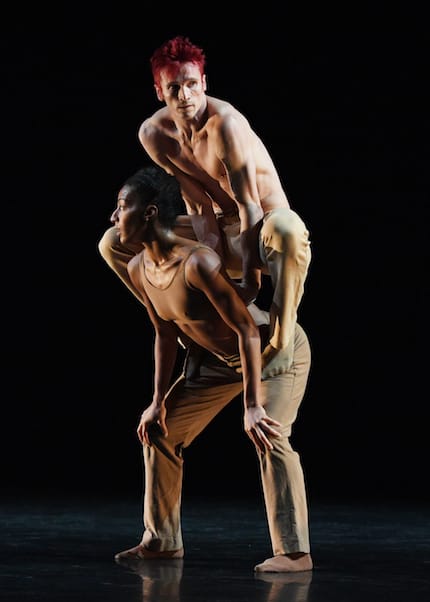 The performer’s new work veers away from the more traditional duet format. In a complex trio, audiences will be led through what he calls an “intricate and extremely slow piece.”

“The main idea was to create a body of work that would not work without any of the other people in it,” he adds. “I like that there were people here with me to push me and reflect back to me some things. And then you can also counterbalance that with other opinions.”

Those sentiments play into the overall evolution of dance and choreography as bona fide art form. For the valley, it also allows dancemakers to take center stage again in stimulating and original dances that span a variety of genres. Also unique about the local choreography festival, in general, is that it allows both professional and pre-professional companies an opportunity to shine under the spotlight. 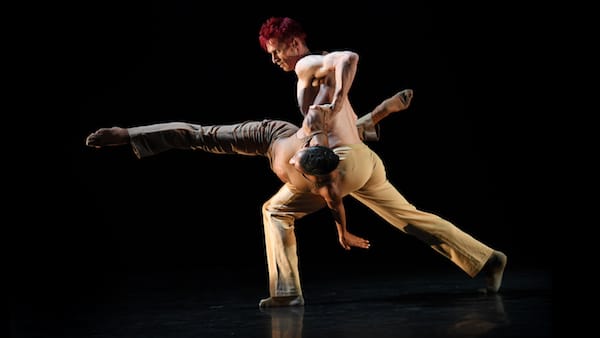 This year, expect to also be moved when a Lifetime Achievement Award is given to Glorya Kaufman, the founder of USC’s Glorya Kaufman School of Dance.

For Vignoulle, it’s a stellar opportunity to further showcase his work, which he describes as “playful” and ever evolving.

“I’m always researching what could be the next unexpected thing I can do,” he says. “My message is to use dance as a medium to touch peoples’ lives and bring them hope and peace. I try not to be too political. I want to counterbalance what occupies the space of the mind — with dance as entertainment and that it can give hope and love to people.”

Now that’s a leap worth taking.