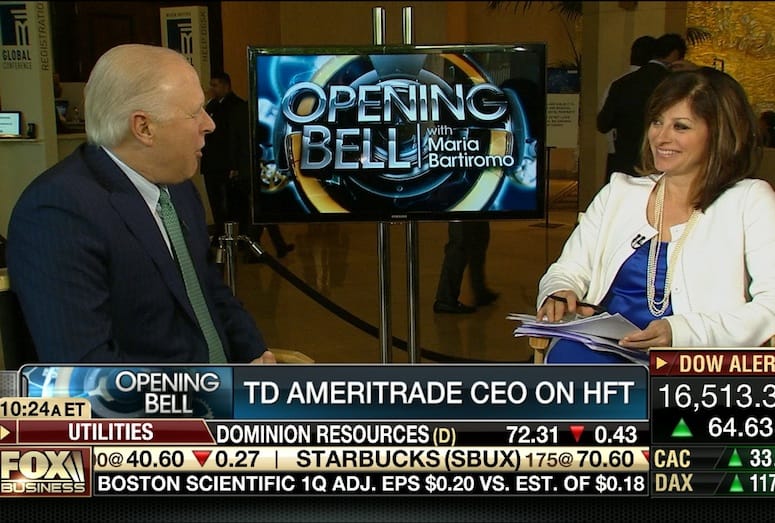 When Maria Bartiromo goes live Friday with her Fox Business Network show, Opening Bell, she won’t have to look at a screen to talk to AT&T CEO Randall Stephenson.

She will be face-to-face.

That’s because Bartiromo is bringing her show to the source, the EY Strategic Growth Forum at the JW Marriott Desert Springs in Palm Desert. Since 2006, the Ernst and Young event has brought together some of the biggest names in the global business market to one place, and that’s fertile territory for a show like Bartiromo’s.

“The whole telecom media world has changed so much, such convergence going on, it will be fascinating to find out where Randall see things going,” Bartiromo says Monday from New York. “And also how he sees the Internet playing out. Monday the President said that he wants to regulate the Internet the way they regulate phone companies, and turn the Internet companies into utilities.” Maria Bartiromo made the move to FOX Business Network about a year ago.

Bartiromo has been reporting on business for more than 20 years. She just jumped to Fox News a year ago after spending two decades at CNBC. Some may say Bartiromo has the enviable job of following the money trail. However, she says she’s no stock picker or financial planner for those seeking advice on where to invest.

“I’ve got great information flow, so I can understand people wanting to talk about where is the growth and where are the opportunities,” she says. “What I can tell you from CEOs and managers of business I talk to is that there is real growth in health care. Here is her take on a couple of other aspects of the economy.

ON THE JOB MARKET

“We are seeing a recovery. Things are moving in the right direction. The criticism is that at this point in the cycle, six years after the crisis, one would expect us to be further along than we have been. So far the ability for that improvement to translate into people’s lives is somewhat murky. When you look at the actual employment statistics, unemployment is dropping, but the number of people who are actually participating in looking for a job is dropping as well. There is a big chunk of people who have actually stopped looking, and they are not counted in the monthly jobs numbers."

“We have been waiting for the economy to grow in a substantial way. We started to see it last quarter, and now we’re averaging about 3 percent. You have to believe that since oil prices have declined as much as they have and gasoline prices have declined  – that will be a positive. That puts money in people’s pockets. You have to believe that will impact retail sales.  So far, consumers have been having an uncertain period, not noticing the improvement in the economy and sitting on cash.

“Companies are sitting on about $2 trillion in cash. They are not going to invest that money because they don’t know what is around the corner.  For consumers, if you’re not sure where thing are going, and you’re afraid for your job or losing your job, you end up hoarding cash.”