Maria Rios Cooks Up One Hot Tamale for Indio Festival 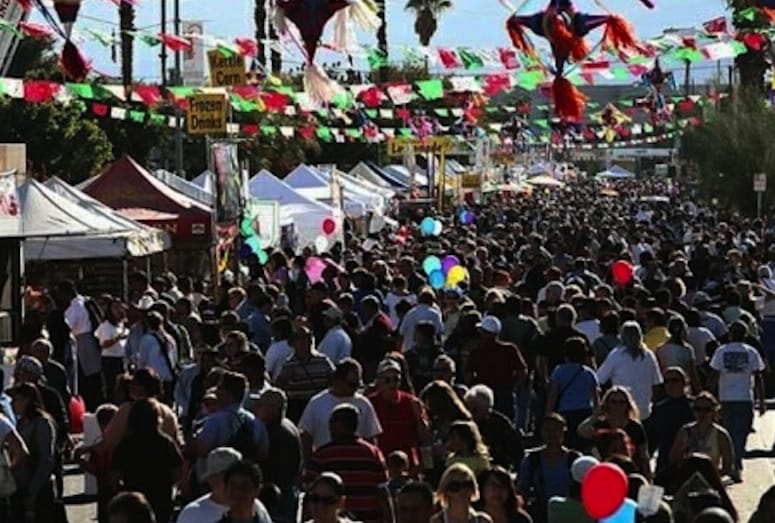 Ask Maria Rios what makes her tamales so special and she’ll tell you, “I personally believe that we work at the dough, the masa. We knead it for a long time so when we finally cook it, the masa rises up and the tamales come out very soft.”

“I would say Chicken Chipotle is my customer favorite and while I like all the flavors, I make my own homemade caramel and implement apples to make a sweet tamale that is out of this world,” she says.

Maria’s Authentic Tamales will once again be a fan favorite at this year’s Indio International Tamale Festival, Dec. 7-8 in Old Town Indio.

Known as one of the Top Ten “All-American Food Festivals” in the nation by Food Network-TV, the festival is also a celebration of the rich traditions and cultures of Mexico.

Besides the food, consider:

•    Playing in the Kiddie Land Tamale making is very time consuming and extremely labor intensive, thus, Rios, like many, celebrate the tamale at holiday time. She only sells her tamales at the festival.

•    Maria’s Authentic Tamales draws a crowd with a wait often more than an hour.

•    This year, Rios will double her space to keep up with demand.

A resident of Mecca, Rios found her passion for tamale making in the mid-1980’s, when her boss at the State of California encouraged her to support a community event at the Indio Senior Center.

She had watched her grandmother make tamales for years, but had never made tamales on her own. According to Rios, she was determined to learn the craft preparing about 300 tamales to sell in front of the Yellow Mart in Indio, bringing one pot and one burner along with her skeptical children.

“I wanted to show my boss and my children that I could do it, and help share a cultural tradition for our community,” she says.

Selling out her first time around, Rios’ family got in on the game and she continued to refine her technique, flavors, and holiday tamale tradition. In 1992, Dave Hernandez, a member of the Downtown Indio Merchants Association, started the Indio International Tamale Festival with approximately 14 vendors and 2,500 in attendance.

Rios became a festival vendor with full support of her husband and family.  Rios also introduced her mother, known as Grandma Lupe, to the festival and Mom has also gained notoriety as a top tamale creator.

“We basically use the same family recipes that have been carried down the three generations; but the two of us use different techniques,” Rios says. “For example, I wrap because I feel it keeps in the flavor and she ties because it’s tradition.”

With a yet, unnamed tamale contender, Rios is planning to unveil a unique culture-infused recipe at this year’s festival, which she describes as spicy Asian influenced.

“Something with pork, cabbage, and chi-racha sauce because in our diverse world and advances in technology, I get ideas from new trends,” Rios says.