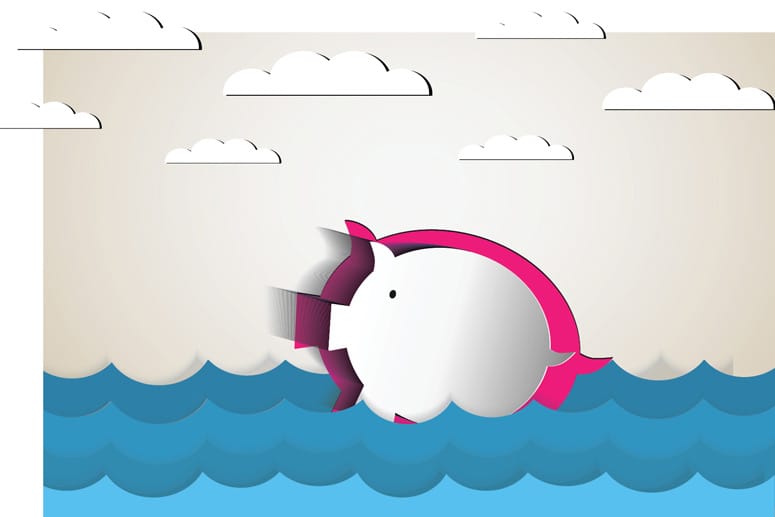 Even after five years of the strongest government stimulation in American history, real wages are still down 10 percent, and the broadest measure of unemployment is 12.7 percent, just 4 percent less than its all-time high. The standard answer to this is uniformly the same: The government plans currently in place to revive the economy are working, just very slowly; if we’re patient, recovery will eventually occur.

However, many in the housing industry (including ourselves) are now questioning this response, since upon careful inspection it ignores something important. It attributes declining wages and high unemployment solely to the recession, yet these two trends actually started eight years before the recession. So the recession can’t be the sole cause.
It forces one to ask some questions: If the recession is not the cause of these serious changes, what is? What other factor has been pushing wages down and preventing job creation?

The Decline in American Wages
The table at left clearly shows the scope and seriousness of the wage decline in America. It is based on United States census numbers and compares the 2012 median income of six age brackets with the highest income level of that bracket. It also lists the peak income year for each bracket. The brackets cover ages 15 through 65 and older.

We must remember that “real income” is income adjusted for inflation, which means the numbers shown are what they would be when converted to 2012 dollars. While the real median income of 15- to 24-year-olds at the peak in 2000 is $37,129, that’s not the actual amount they made in the 2000 but rather the equivalent amount in 2012 dollars.

Workers younger than 24 have been hit the hardest, losing more than one-sixth of their living standard. That is a huge drop. The 13.2 percent dip in incomes for ages 25 to 34 concerns the home building industry the most, because this is the entry-level bracket for the new home buyer. This means fewer young people will qualify for home purchase.

Globalization and Job Outsourcing
The most disturbing column in the table is the peak year of incomes. With only two exceptions, it’s either the year 2000 or 1999. This means the cause of income decline can’t be the 2008 recession (although it obviously accentuated it). What factor could have started this trend of lower wages and higher unemployment 14 years ago?

Fourteen years ago, the trade deficit and the tremendous outsourcing of American jobs to foreign workers threatened our economy. Thoughts about this factor, however, were soon forgotten in the wake of the 9/11 tragedy, followed by the euphoria of the housing bubble, then the confusion of the financial crisis. Now that things have calmed down, the damage from this wave of job outsourcing seems to be surfacing.