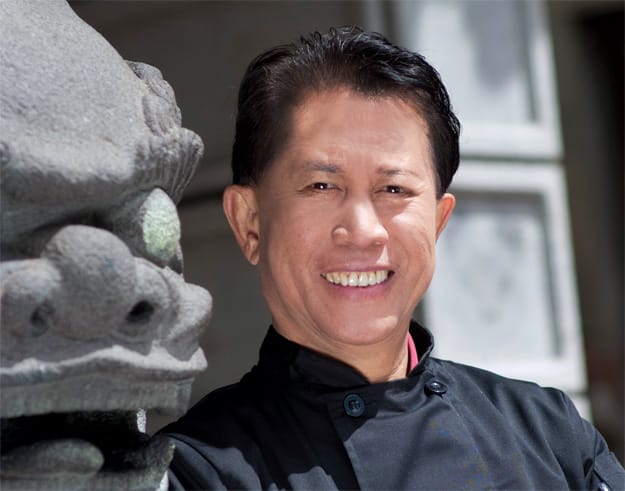 The celebrated host of over 3,000 cooking shows, broadcast worldwide, Martin Yan enjoys distinction as a certified Master Chef, a highly respected food consultant, a cooking instructor and a prolific author. His diverse talents have found expression in 30 cookbooks, including the award-winning Martin Yan's Feast, Martin Yan's Asian Favorites, Chinese Cooking for Dummies, Martin Yan's Chinatown Cooking (intro by Julia Child), Martin Yan's Quick & Easy, and his latest, Martin Yan's China (a cookbook that documents his travels throughout the far reaches of China, and his culinary discoveries).

Born in Guangzhou, China, to a restaurateur father and a mother who operated a grocery store, Chef Yan possessed a passion for cooking at an early age. His formal induction into the culinary world began at age thirteen, with an apprenticeship at a popular Hong Kong restaurant. He refined his natural talent at the Overseas Institute of Cookery in Hong Kong, and then pursued an MS in Food Science at The University of California – Davis in the US. He discovered a flair for teaching when he became an instructor in the university's extension program. In 1978, he pioneered a daily TV Chinese cooking show: the now classic "Yan Can Cook." Infusing lessons with his characteristic warmth, humor and vitality, he quickly won a devoted following. He developed the show's format into a culinary travelogue, featuring culinary hot spots throughout Asia.

A valued instructor at top culinary institutions, Chef Yan has taught at The Culinary Institute of America, Johnson & Wales University, The California Culinary Academy and The Chinese Cuisine Institute in Hong Kong. In 1985, he founded the Yan Can Cooking School in California and in 2007 founded The Martin Yan Culinary Arts Center, a unique international culinary academy for professional chefs in Shenzhen, China. Also a restaurateur, his Yan Can and SensAsian Restaurants offer inventive pan-Asian menus. Opening Summer 2012, Chef Yan will bring Chinese culinary tradition and culture to light via an authentic, modern dining experience with his new restaurant M.Y. China in San Francisco.