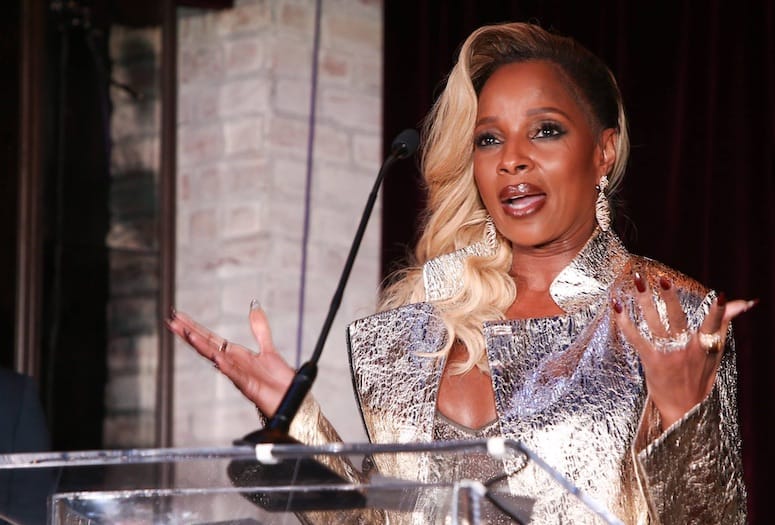 The Film Awards Gala, hosted by Mary Hart, will be held at the Palm Springs Convention Center. The Festival runs Jan. 2–15, 2018.

“Mary J. Blige is a global superstar in the world of music who continues to make her mark as an actress in both television and film,” said Festival Chairman Harold Matzner. “In her current film Mudbound, Blige gives a quiet yet fantastic performance as Florence Jackson, a strong woman supporting her sharecropper family in rural Mississippi.”

Set in the rural American South during World War II, Dee Rees’ Mudbound is an epic story of two families pitted against one another by a ruthless social hierarchy, yet bound together by the shared farmland of the Mississippi Delta. Mudbound follows the McAllan family, newly transplanted from the quiet civility of Memphis and unprepared for the harsh demands of farming. Despite the grandiose dreams of Henry (Jason Clarke), his wife Laura (Carey Mulligan) struggles to keep the faith in her husband's losing venture. Meanwhile, Hap and Florence Jackson (Rob Morgan and Blige), sharecroppers who have worked the land for generations, struggle bravely to build a small dream of their own despite the rigidly enforced social barriers they face.

The war upends both families’ plans as their returning loved ones, Jamie McAllan (Garrett Hedlund) and Ronsel Jackson (Jason Mitchell), forge a fast but uneasy friendship that challenges the brutal realities of the Jim Crow South in which they live.

Blige is a Grammy Award-winning singer, songwriter, actress and philanthropist, with a track record of eight multi-platinum albums, nine Grammy Awards (plus a staggering 32 nominations), a 2012 Golden Globe nomination, and five American Music Awards. She has appeared in Tyler Perry’s dramatic comedy I Can Do Bad All By Myself and starred in Rock of Ages. Her other credits include the TV movie Betty & Coretta, the holiday musical drama Black Nativity and guest spots on Black-ish, Empire, The Wiz Live! and How To Get Away With Murder.