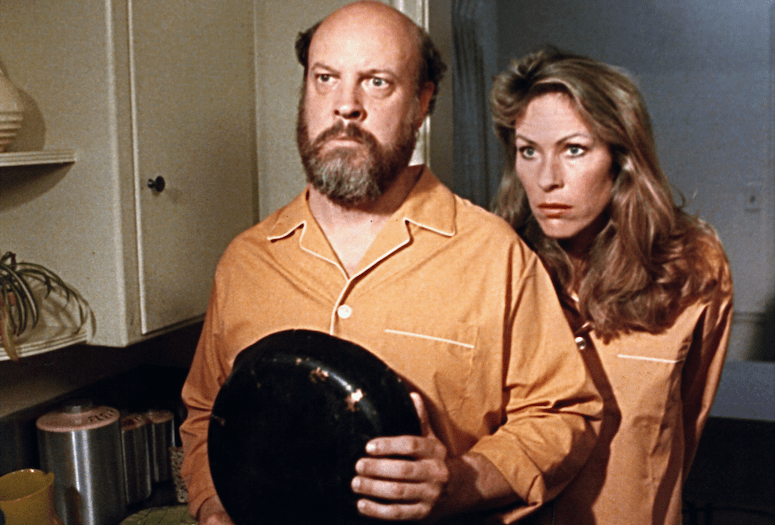 Mary Woronov starred with Paul Bartels in the film, Eating Raoul, which will screen Feb. 25 at the Palm Springs Cultural Center followed by a Q&A with the actress.
PHOTOGRAPHS COURTESY TODD HUGHES/P. DAVID EBERSOLE

Mary Woronov understands that when you’re introduced as a “cult actress”, some of the projects listed under your credits may not fit neatly into mainstream America. And that’s OK.

“I'm very happy with the audiences I get,” Woronov says. “I mean, I got the strangest audiences in the world with (Andy) Warhol. But it made me accustomed to odd people. And I like odd people. I don't need a great American audience. I need odd.”

The 78-year-old has appeared in more than 80 films over 50+ years and has done her share of mainstream films (like Dick Tracy with Warren Beatty) and TV (like Knight Rider or St. Elsewhere), but it was her meeting with Warhol in the 1960s which led to appearing in eight of his legendary films including the first, Chelsea’s Girls, in 1966.

And that only begins to scratch the surface of her career, which has also included figurative painting and authoring books (Swimming Underground: My Years in the Warhol Factory). 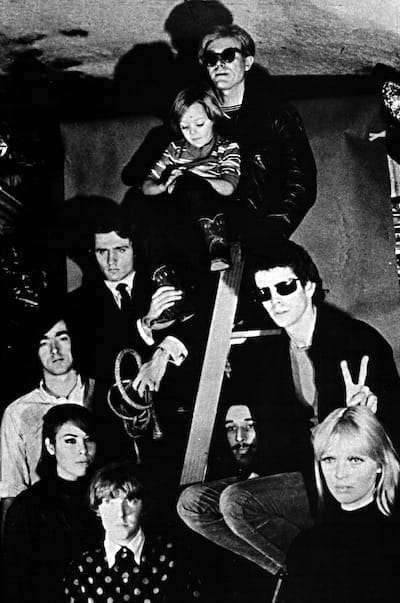 At Andy Warhol's The Factory, Mary Woronov is standing at the bottom, left.

Greater Palm Springs audiences will have an opportunity to see the many sides of Woronov during four special events curated by the Palm Springs directing duo of P. David Ebersole and Todd Hughes (My Name is Lopez, House of Cardin) at the Palm Springs Cultural Center starting Feb. 25. The first Friday night will include a screening of Eating Raoul following by a Q&A with Woronov and possibly others from the film. In addition, the cultural center’s walls will be decorated by Woronov’s paintings starting from the 1970s to the present — all for sale to the public — and arranged by LA pop-up gallerist Roy Rogers Oldenkamp.

Subsequent programs with Woronov present for Q&As will be held March 4 with the screening of New Women (2001); March 11 features the screening of Chelsea Girls/Queen of China directed by Warhol, and March 18 includes the film, Rock ‘n’ Roll High School, which features the 1980s group, The Ramones.

Woronov chats more with Palm Springs Life about her desert appearance, how she met Warhol, and her emergence as a painter. To purchase tickets to any of the four events, click HERE.

How did you meet Andy Warhol?

Gerard Malanga was Warhol’s first go-to man. I met Gerard when he did a poetry reading at Cornell University and he was attracted to me. He wanted to take film of me crossing a bridge, so he took some film and then he wanted me to come with him, leave Cornell. I mean, what? That was weird and I didn’t want to do it.

Later I went on a field trip with a group from Cornell and visited artists in their studios in New York City. And the last one on the list was The Factory. Andy Warhol’s. We go up in an elevator, the elevator door opens, and it's pitch black. I mean, there wasn't a light on in the place. Warhol was in the staircase. I mean, he wouldn't come out. And the whole place was black. I sort of liked it. And then finally everybody left, and Gerard said, "Andy wants to see you." And so, I said, "Oh, oh, okay." What do I do? Undress? I don't know. Pose? I don't know. I have no idea what I'm supposed to be doing.

And Warhol does not communicate well. He goes silent, and he puts a finger up against his cheek saying, "Fuck you." Your "fuck you" finger. But I thought that was funny. And then later on, Gerard came back and he said, "You can come here anytime." I said, "What?" He said, "Yeah." And that was that. I just stayed with Warhol. I felt like Sir Lancelot. And I also, I don't know, I just wanted to help Andy. It was like a pull, some kind of pull. 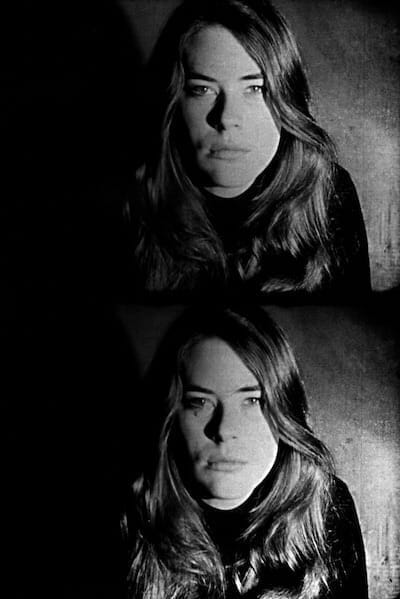 Mary Woronov from her screen test with Andy Warhol.

Nobody gets to know Warhol. Nobody, except Gerard maybe, because he was with him the longest. He just did the opposite of what everybody wanted. And it was so interesting. It was so much fun for me. I liked Warhol. I thought he was so different . And also, I loved his art. He did a painting of some person, and it didn't look like the person. I mean, he was painting what everybody thought of her instead of her. He would just do all these odd things. It was great.
He liked me in the movie, if I was acting. He didn't like me as a person that much.

What film you made with Warhol sticks out?

The thing I remember most is when we did Chelsea Girls because the other films, the audience didn't like. I mean, having two guys kiss. I mean, no, no, no, no. I mean, they were hyper about it. What's wrong with two guys kissing? I don't know. Nothing. But everybody else was, "Oh, my God." I mean, Warhol was really loose about being gay. Get used to it. And now we're used to it. It was fun. It was fun being different. 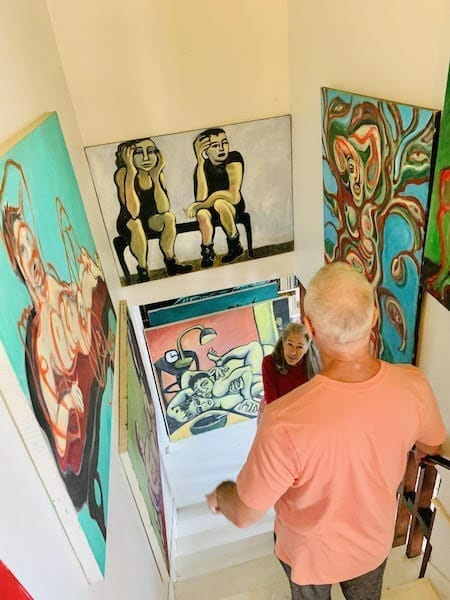 What about your paintings. When did your sense of style emerge? And why did it feel comfortable to you?

It felt comfortable to me because this is the style I always did. I didn't know anything else. I mean, I don't change styles. It just comes out of you. I don't have a favorite style. I do have something though. I love to illustrate stories. It's always a story in my head, and then I illustrate it.

What film did you work with Todd Hughes and David Ebersole?

The New Women, which is the film that David and Todd wrote, Todd directed, and David produced.

Todd: She was one of my favorite movie stars. So what a thrill to have her be the star of my first film. And she's amazing in it. That was my first feature film. And Mary does everything in the film. She plays every emotion and really shows you that she can play the comedy and the drama with equal aplomb.

What did you like most about the non-traditional roles you had in some of the films?

I like being bizarre. I really do. I mean something new. I mean, I would play a man if they asked me. I'd love to play a man, as a matter of fact. I never got a real chance.

• READ NEXT: "Star Trek" Binge Leads to Authoring Book on its Midcentury Influences.