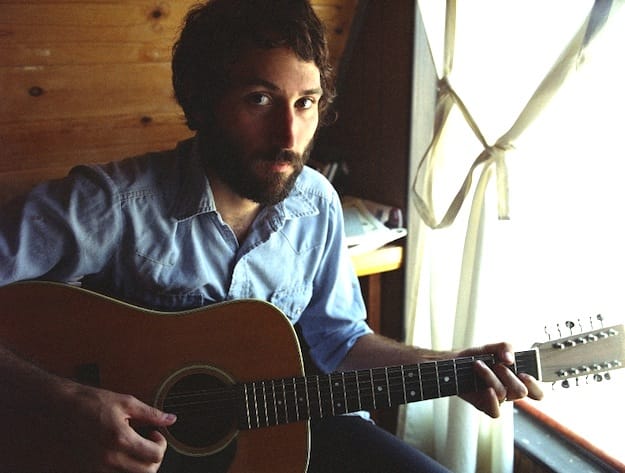 Matt Costa’s latest self-titled effort bestows upon his listeners the same heart-pounding, sweaty-palm feelings of love and possibility that Bob Dylan’s "Blonde on Blonde" gave audiences when that album was released in 1966.

Costa worked with producer Tony Doogan (Mogwai; Belle & Sebastian), trekking all the way to Glasgow, Scotland, to complete his fourth full-length album. The result is a stunning collection of recordings that showcase his masterful songwriting skills and knack for turning an ordinary sentiment into something memorable.

Of course, fans have been flocking to Costa’s music since his single “Mr. Pitiful” became a breakout hit. The song appeared in the Paul Rudd/Jason Segel movie bromance, I Love You, Man, and in an Apple iPhone television campaign.

For Matt Costa, the singer audibly flirts with various styles and influences; you hear tinges of Donovan, Van Morrison, the Beach Boys, John Lennon, and Sloan. But before you write him off as a clever mimic, your ears and heart settle into Costa’s delivery – which feels more like a prized bottle of wine with delicious hints of this and that. The proof is in tracks like “Golden Cathedrals” and “Good Times”.

In a recent interview, Costa candidly explained his approach to songwriting: “It’s like sex. You’re always going to remember your first time, but you know more as you go along.”

That flair for turning a phrase makes Costa’s stage show a must-see.

He has been selling out venues throughout his home state of California, and in Chicago. Costa’s performance at Pappy and Harriet’s is the perfect marriage of his dreamy melodies splashed across a backdrop of the sleepy, Old West. Catch him in concert with Carly Ritter at 8 p.m. Friday (May 3).