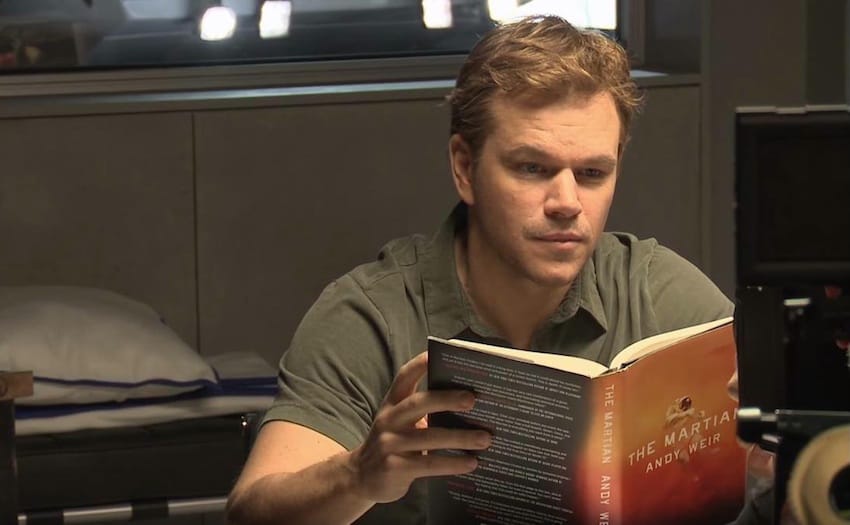 Matt Damon recently received a Golden Globe nomination for Best Actor - Musical or Comedy for his role in The Martian.
Photo courtesy of The Martian on Facebook

“Since his breakthrough role in Good Will Hunting, Matt Damon has taken on a series of challenging roles through his career,” said Film Festival Chairman Harold Matzner. “In his latest film, The Martian, Damon dazzles yet again as Mark Watney, an astronaut desperately trying to survive on Mars, yet still finding a way to laugh and bring hope to an impossible situation.”

The Martian director, Ridley Scott, will present Matt Damon with his award.

In The Martian, a manned mission to Mars is aborted and astronaut Mark Watney (Damon) is presumed dead after a fierce storm. Left behind by his crew, however, Watney has improbably survived and must draw upon his ingenuity and spirit to subsist and find a way to send a signal back to Earth. Once aware that he is alive, NASA works to overcome the challenges of both physics and public relations, enlisting his crewmates in a daring if not impossible rescue mission.

Damon has been honored for his work on both sides of the camera. For his role in The Martian, he recently received a Golden Globe nomination for Best Actor – Musical or Comedy and a Best Actor honor from the National Board of Review. Previously he received an Emmy Award, Golden Globe Award and SAG and BAFTA nominations for his performance in Stephen Soderbergh’s Behind the Candelabra.