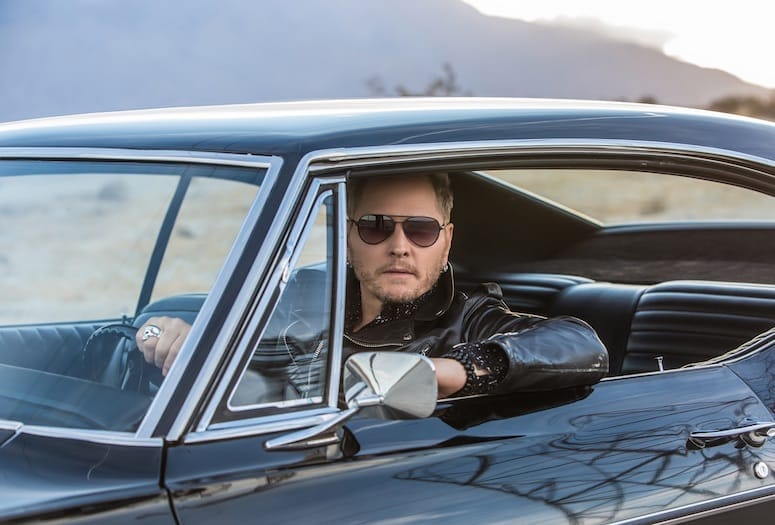 Matt Sorum on the allure of the desert: "When you're coming from L.A. and you're in the midst of the madness and you go down the 10 freeway and get off 111 and come around the mountains, we always felt that "ah" sensation."
PHOTOGRAPH BY ENZO MAZZEO

If you want to live the high life, there’s perhaps no quicker detour onto the fast lane than joining a rock band. If you want to experience that wild ride vicariously, read a memoir of a musician.

With his new autobiography, Double Talkin' Jive, drummer Matt Sorum takes readers on a memorable journey through the highs and lows of his incredible career as a member of some of the most significant bands of the past 30 years, including Guns N’ Roses and Velvet Revolver. As a Rock and Roll Hall of Fame inductee and Grammy Award-winner, Sorum delivers everything a fan could want in a book: decadent sex and drug tales, shoulder-rubbing encounters with the rich and famous, prostitutes, and supermodels, but he also conveys a relatable humanity through all the outrageous first-hand stories.

Sorum spoke with Palm Springs Life about his book, his wild adventures in the music industry, and why he now resides in the desert. 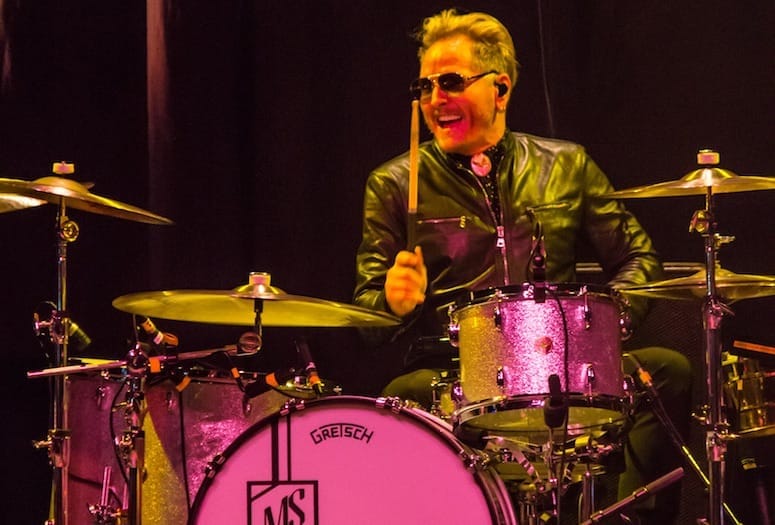 What was your experience reliving some of the crazier moments from your past?

It was very cathartic. It was almost painful. But you know what? You get to where you're going by going through it. And I would say to anybody, "I'm here now. I'm happy. I found it." The end of the book was the hardest part to write because I was like, "well, I'm in the desert, I've got a beautiful wife, life is good," and the reader's like, "well, fuck, that's kind of boring."

Your memory seems incredibly vivid considering all the drugs you've consumed over the years. How did recall all these details?

I know. I'm that kind of guy, I just am. I always had this incredible muscle memory retention, even when I was in bands. The reason I was in so many bands is I was able to play music by listening to it one time. They would be like, "You just listened to that once and you played it perfectly." My nickname was Matt Mercenary. I was in 10 bands in Hollywood in the '70s and '80s, and I could jump around and play with all these people, and it gave me this sort of workmanship and I've crafted this memory bank. When I went to write the book, it just started flowing out.

“Double Talkin' Jive” is a popular Guns N’ Roses song, but why did you decide it was the right title for the book?

It seems like that's a weird, weird title, but to me it's not. It's sort of the consensus on the music business. It's kind of a love-hate relationship for me, to be honest with you. I was a kid who grew up in the 1970s and wanted to play in a rock and roll band. I went to Hollywood to get into the business. I was broke but having the greatest time of my life in Hollywood just heading around town partying, and playing rock and roll. Then I got into the big bands, and things got a lot more complicated. The business part came in and then there was a lot of money. It was the managers and agents and all these different facets of people that started to be a very cling-on sort of thing. And I just thought Double Talkin' Jive worked really well for that sort of music business in Hollywood. Anyhow, that's the name. It's all jive bullshit. 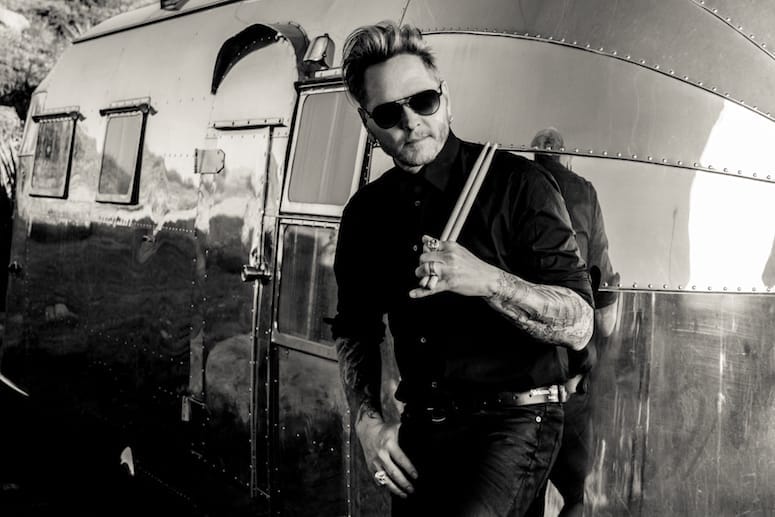 Matt Sorum hopes to do some charitable work in the desert involving kids and music. (Photograph by Mary Maryanovich).

You were certainly living the high life. One of the other standout anecdotes involves notorious former Hollywood madam Heidi Fleiss, who would send over her new girls for you to have sex with and then rate. What went through your mind when you were offered this opportunity?

Well, you know what? I was a single guy, and I totally took this opportunity. Those girls were beautiful, and I was happy to be of assistance. Eventually, I had met my first wife, so I stopped with the shenanigans, and I got serious with someone, and my mischievous Heidi stuff went on the back burner. But, yeah, it was wild times.

When you joined Guns N’ Roses, you and Axl [Rose, the band’s notorious front man] bonded over your love of really potent heroin, but then your relationship became rather tumultuous over the years. Where do you two stand today?

We don't converse that much, but I think there's a level of respect there. We don't work together anymore obviously, so I'm not sure how he thinks about me to be honest. But I really respect him. I'm really glad that he's able to get back out there and get up on stage with those guys and play the music. You never know what's going to happen in life. They're doing their thing and I'm doing mine. I was there at the greatest era ever during the rock and roll time. I got to have that experience with those guys and that'll carry me through the rest of my life.

You write about your struggles with sobriety and how you eventually got clean. You and your wife Ace were married in Palm Springs. You describe it as a very spiritual place for you. Why did you two decide to move here from L.A.?

When I came to the desert, it was this really amazing spiritual experience for me because I got married in Palm Springs at the Colony Palms to my wife in 2013. When you're coming from L.A. and you're in the midst of the madness and you go down the 10 freeway and get off 111 and come around the mountains, we always felt that "ah" sensation. I get my ‘62 Galaxy fired up, crank up the AM radio, light my Cuban Cohiba cigar, put on my fedora, and roll down the highway feeling like I’m in another era. That's what it does for me. Then my wife's out by the pool sitting there and I'm looking at her going, "Man, we've arrived. This is cool." 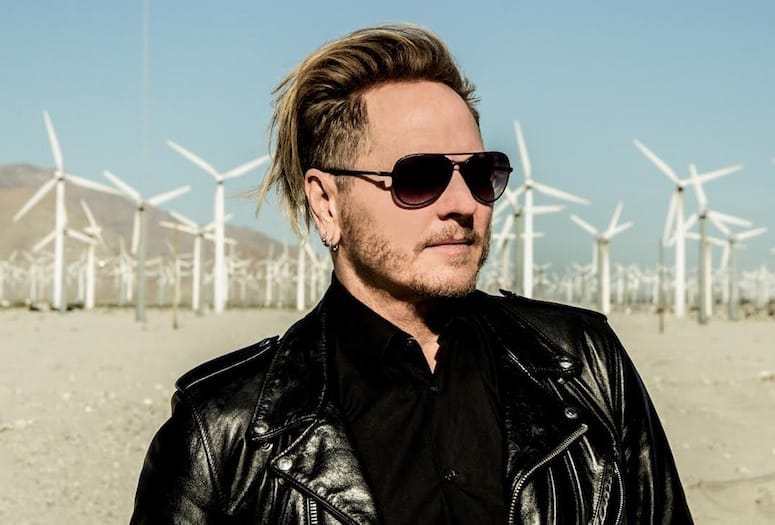 Matt Sorum on his daughter's recent birth in Palm Springs: "Oh, man, talk about throwing any sort of self-centered behavior out the window. It's completely gone. It's all about Lou."(Photograph by Mary Maryanovich).

Your latest album, Hardware, with Billy Gibbons [guitarist/vocalist for ZZ Top] was recorded in Pioneertown. Why was that the right place?

My buddy Chad built a little studio out of this old garage up there. I went in there and was banging on the drums. I'm like, "man, this sounds great." I called Billy and the pandemic had hit, everybody was home. No one was touring. I said, "Billy, come out here to the desert. It'll just be the three of us and we'll live out here." We worked on the record all that summer and finished in October of 2020. We mixed it over Christmas, and then we put it out. It was really great working with him. I always wanted to do a live recording. You know, live somewhere and wake up, and record like that.

Your first daughter, Lou Ellington, was born in June in Palm Springs. What impact has she already had on your life?

Oh, man, talk about throwing any sort of self-centered behavior out the window. It's completely gone. It's all about Lou. My wife and I are closer than ever. We just look at each other and go, "Oh my God, I can't believe we created a little baby." I can just tell she's already so cool.

You're very involved in charitable work. You're an ambassador for Animals Asia, on the board of Dolphin Project, and you launched Adopt the Arts, which gives musical instruments to students. Why is this important to you?

I felt that I had a voice that could bring attention to some of these causes. I have 600 kids in L.A. who are being taught music and art through my program. I plan to bring it to the desert, in Palm Springs or maybe Cathedral City. 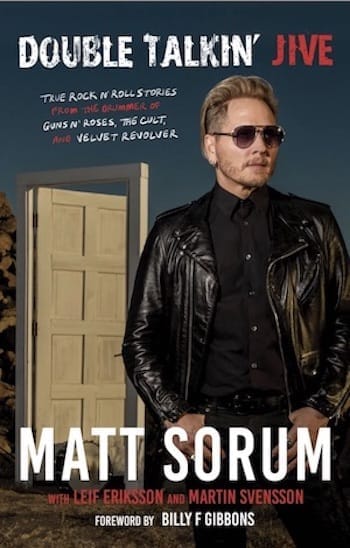 Double Talkin' Jive will be available wherever you buy books on Sept. 7.
• READ NEXT: Fleur Noire Hotel Appears Ready to "Bloom" in Palm Springs.