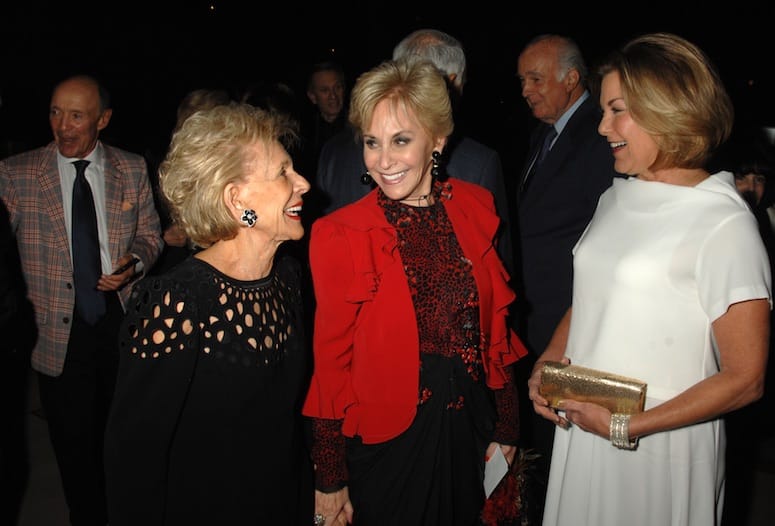 (From left) Annette Bloch, Barbara Keller, and Betty Wolf meet up at the event with Jerry Keller trailing.
PHOTOS BY DIMITRI HALKIDIS

Truhe walked onstage and greeted the audience with “Hi, I’m Tom, and I’m a Broadway-holic.” Most of the guests on hand could relate. Ketover thanked supporters for the success of the Annenberg’s “Take Your Seat” campaign and announced that 175 seats have been named in honor of donors.

Morrison and his band filled the Annenberg Theater with songs from Oliver!, South Pacific, Finding Neverland, and The Light in the Piazza, as well as an almost impossibly energetic medley from Hairspray.

All 420 seats were filled with “Glee”-ful guests and supporters, who found that Morrison’s talents went far beyond his successful years playing show-choir director Will Scheuster on the TV smash. He studied musical theater, vocal performance, and dance at NYU’s Tisch School of the Arts and made his Broadway debut in Footloose. His big break came when he was cast as heartthrob Link Larkin in the hit Hairspray.

The evening culminated with a lavish buffet dinner provided by Spencer’s Restaurant in the atrium of the museum, where Morrison greeted guests.