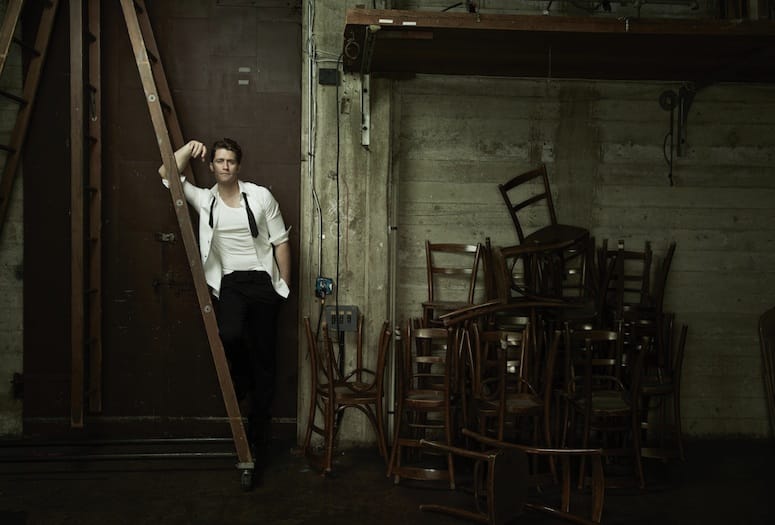 Matthew Morrison says he will focus on to songs from the 1940s, ’50s, and ’60s when he performs Nov. 18 at the Annenberg Theater in Palm Springs.
PHOTO COURTESY OF MATTHEW MORRISON

The performer’s passions extend beyond his current family setting, too, and Greater Palm Springs residents — everyone from Gleeks to those who find Morrison easy on the eyes — will appreciate his robust showmanship in the “Opening Night Benefit Concert: An Evening with Matthew Morrison” Nov. 18 at the Annenberg Theater in Palm Springs.

“Opening Night” is the main fundraiser for the Annenberg Theater and is presented by the Annenberg Theater Council (ATC). Morrison’s name on the bill will no doubt entice audiences because the versatile gent possesses a winning trifecta: remarkable singing and dancing, and some fine acting chops to boot.

Morrison, who recently won raves for his stage work in the 2016 Broadway adaptation of “Finding Neverland,” also delivered robust performances in other stage hits such as “South Pacific,” “Catch Me If You Can,” and, in his big break, “Hairspray,” in 2002.

He tells Palm Springs Life about his love of the craft, his inspirations, and much more.

Palm Springs Life: Congratulations on being a new dad. What are you enjoying most about fatherhood thus far?

Matthew Morrison: It is an eye-opening experience. I feel this strength and pride with my wife, and whom we created. On the heels of finding out that we were pregnant, I also co-founded a company; a lifestyle brand that promotes present and pro-active fathers. It’s called SherPapa. Being involved in that has geared me up to be a present and pro-active father myself. We are living in a world where fathers have more responsibility than they ever had before in the raising of their children, and it’s an awesome responsibility. I am loving it.

PSL: Inspiring. Speaking of … what can we expect at your Palm Springs outing?

MM: Since it’s an opening night gala, I wanted to focus more on my Broadway reach. I’ve always felt like somebody who was born in the wrong era, having been attracted to songs from the ’40s, ’50s and ’60s — you know, that Golden Age. I like the simplicity of the songs and the storytelling. Just music and lyrics. In today’s music, we can get so caught up in the beat and the where the syncopation is. And this is like, “No, let’s just tell a story.” It’s that simple. 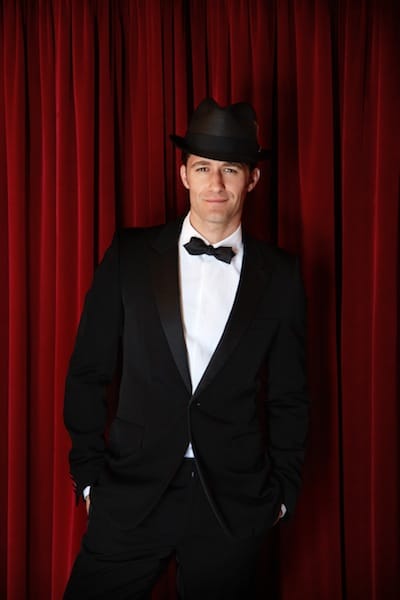 PHOTO BY BRIAN BOWEN SMITH
Matthew Morrison: “But there’s something so special about the immediacy of theater — that moment with the audience can never be recreated. It’s intimate. It’s almost like my “church” — celebrating life and happiness and the joy of music.”

PSL: What do you love most about performing?

MM: The connection with the audience. You know, if you put something on film, it will be there forever. But there’s something so special about the immediacy of theater — that moment with the audience can never be recreated. It’s intimate. It’s almost like my “church” — celebrating life and happiness and the joy of music. Luckily, it’s with song and dance as well. I just can’t help myself when I am up on stage. I have to move. It’s a beautiful, singular experience. I am a creature of the stage and that’s why I love sharing it with people.

PSL: But you knew you wanted to be in the arts at a young age.

MM: Correct. I was 10 years old when I started performing. But there’s a man in the Palm Springs area, David Green [of Music Theatre University] who has also been a big mentor of mine. But I was so lucky to find my passion at a young age.

PSL: What has been the best thing for you about ‘Finding Neverland.’

MM: Reconnecting with my inner child. As corny as that sounds, it was so true. And connecting with J.M. Barrie, who wrote that timeless classic, “Peter Pan,” and him being this adult who walked through life and not feeling really connected to anything, and just finding that imagination through these children. And that simple idea of play. I just want to bring that into the world more.

MM: Yes. Lighten up. Play. We are here for a small amount of time if you think about it, and everyone is so caught up with his or her lives. We forget to play. And that’s the most important thing we should be doing. We so often forget.

PSL: Who has been one of your more significant influences in life or professionally?

MM: Dick Latessa, the original Wilbur in the stage production of “Hairspray.” My dressing room was right next to his. He was in his mid-80 at the time — he’s since passed — and he filled my head with great knowledge, especially enjoying the “moment” in life and not taking anything for granted. “Hairspray” was the biggest show at the time and he said, “Hang onto these moments. These shows don’t come around all the time.” If he hadn’t told me that, I think I would have gone on much differently.

“We are living in a world where fathers have more responsibility than they ever had before in the raising of their children, and it’s an awesome responsibility. I am loving it.”Matthew Morrison

PSL: One last thing — what’s the most interesting thing you’re learning about yourself lately?

MM: That’s it’s not about myself. I think having a child makes you more selfless. It really is not all about you anymore. And that’s really refreshing.